Aliens Under the Mud 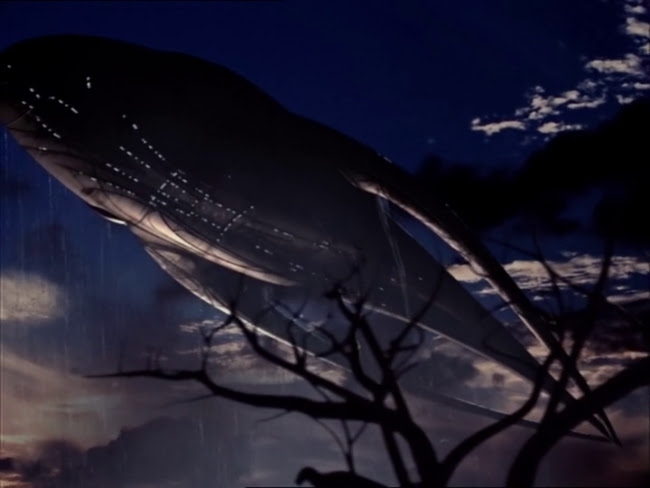 We start to see what normal life will be like aboard Moya, the living prison ship, in Farscape's second episode. The script by Sally Lapiduss continues the first episode's focus on discord between a person's perceived identity and the reality of a situation. With a much lower effects budget the episode still manages to be an entertaining engagement with the show's characters. 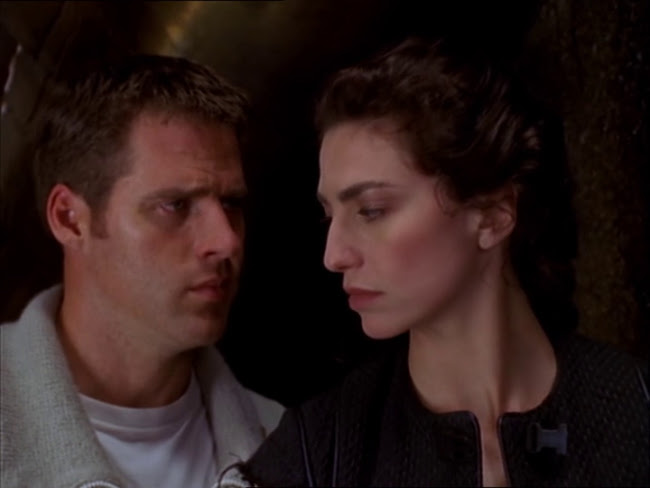 John Crichton (Ben Browder) finds himself in the role of the strange alien visitor normally reserved for little grey guys with big heads and big dark eyes. This is after Moya, the ship in which Crichton and the intergalactic collection of criminals, escaped from the Peace Keepers crashlands in a bog on a world where the sentient civilisation has not made first contact with alien life and is not yet capable of space travel. 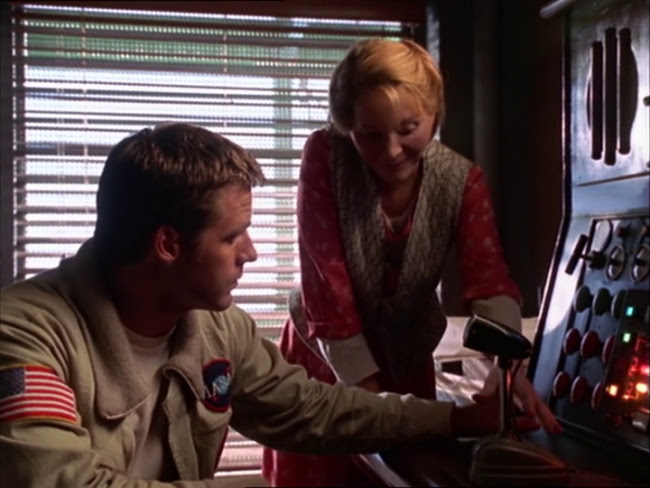 The term "First Contact" is thrown around and this is another case where the show seems to be putting a spin on something Star Trek viewers would've been familiar with. Instead of a Federation with careful, thought out protocols for this sort of thing, we have our band of misfits just blundering into the planet, caught up in problems that have little or nothing to do with the people there. And why shouldn't it be that way? In order to ease the fears of the young woman and child Crichton encounters, he compulsively says he and his friends "chose" them as the most appropriate for First Contact. But, reluctantly, he's forced to divulge that not everything that happens out there in the stars has to do with this one backwater sentient species. 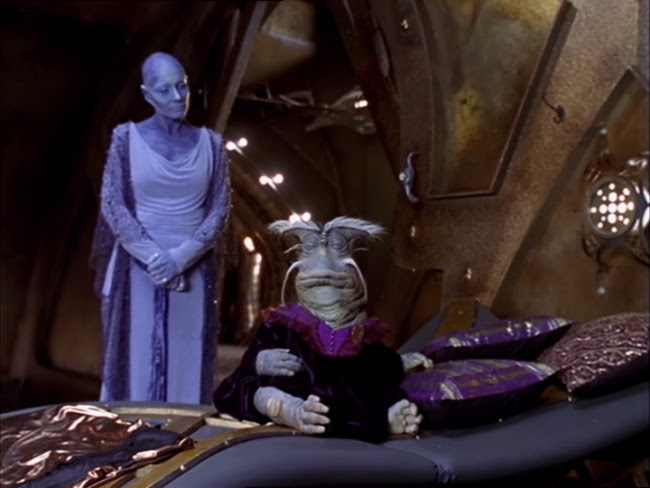 Meanwhile, Rygel (Jonathan Hardy), is having an even more humbling experience as the former despotic ruler is obliged by his short stature to conduct dangerous maintenance on the ship. It seems there's a tracker on Moya and, unlike on the Enterprise, where extracting such a device may cause things to break or malfunction, here there's the added problem that the ship is a sentient being who will undergo excruciating pain when Rygel snips the cords connecting the tracker to the vessel. 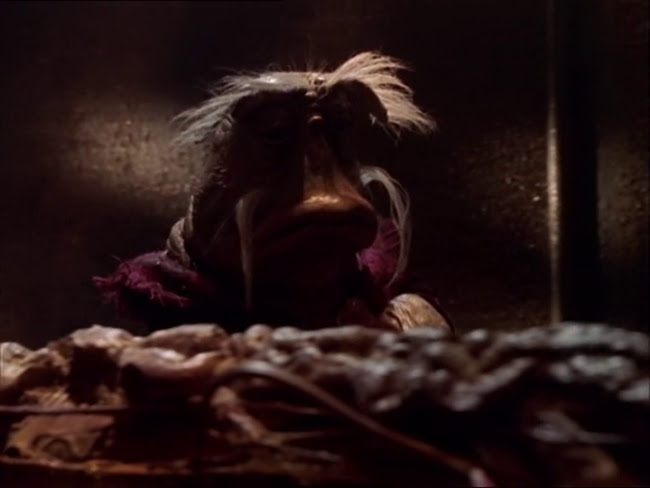 Why should the little Dominar crawl about in the muck and work up a sweat? It's his only way out of this mess. Zhaan (Virginia Hey) uses her powers to absorb some of the ship's pain, experiencing it for herself, but as we'll see as the series progresses her motives aren't always entirely altruistic. The prisoners need the ship to escape but they're forced to go through Pilot (Lani Tupu) to control the vessel and Pilot is intimately connected with Moya. 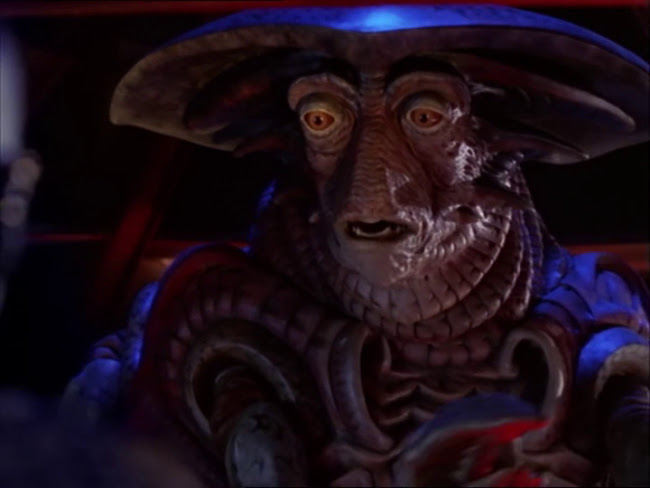 Physically and emotionally--certainly the show's most impressive of its many impressive puppets, Pilot, an enormous crustacean looking fellow, belongs to a species that is physically connected to the living ships they operate and act as liaisons for with the ship's crew. Possibly the most effectively alien looking main character of any live action Science Fiction series, the puppet is enormous with articulations that are impressively complex and capable of very subtle shades of expression in the hands of its operators. This ensures that even an episode like this with relatively cheap production still looks fantastic. 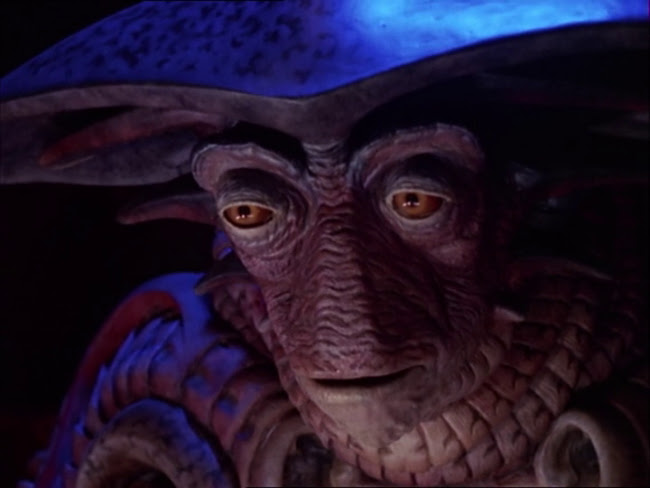 To-day I learned Amazon will be streaming the entire series for Prime members starting to-morrow, March 19, in the U.S., U.K., Canada, Australia, New Zealand, the Nordic countries, and several other countries. Which is great for me, I won't have to rely on my ancient DVDs anymore. Whatever its faults, I have to hand it to Amazon, they really have the best streaming content, hands down.

This entry is part of a series I'm writing for Farscape's twentieth anniversary. My review for the premiere episode can be found here.

The helpful ants would carry loads to wash.
They took the towels and pants, the shirts and socks.
Too handy bugs we never sought to squash.
Their tramping little feet would roam the docks.
Collective dots repair to cravat homes.
The secret ties prepare the grunts for work.
A thousand points of ink denude the bones.
Another day presents a sugar perk.
Instructions wait in massive conf'rence halls.
The little spots combine to make a plan.
Like stars of light inverted paint the walls.
The busy brain again absorbs the land.
Together creatures form a single blob.
No cake escapes the snowy insect glob.