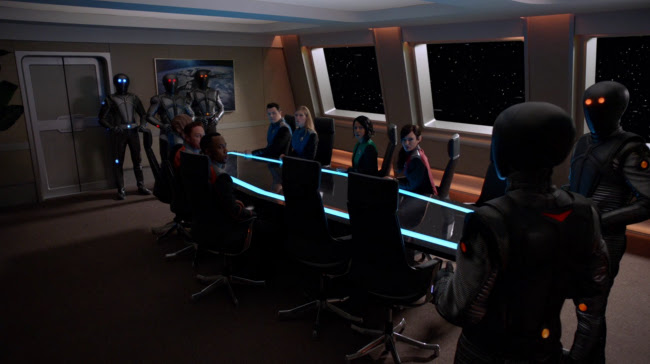 What a wonderful episode of The Orville last night. Once again patterning itself on 90s era Star Trek--I was particularly reminded of "The Die is Cast", the 1995 Deep Space Nine episode, but The Orville hits the sweet spot of character and pacing that defies any attempt to explain it by breaking it down to the sum of its parts and influences. I guess you could say it's sentient. 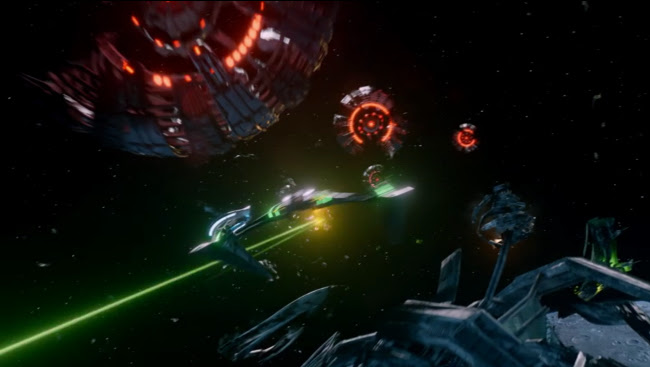 That battle scene in the climax, wow. As it was happening I was brought back to how excited I was to watch a showdown between the Dominion, Cardassians, and Romulans on Deep Space Nine. I remember my friends and I in high school talking about how great it would be to see something like the Battle of Endor from Return of the Jedi on Star Trek but knowing a television effects budget would never accommodate something like that. Even in The Next Generation's "Best of Both Worlds", most of the battles were off-screen as the Borg cut their bloody swath to Earth--we didn't really get a sense of the scope of battle until a flashback in the pilot episode of DS9 years later. 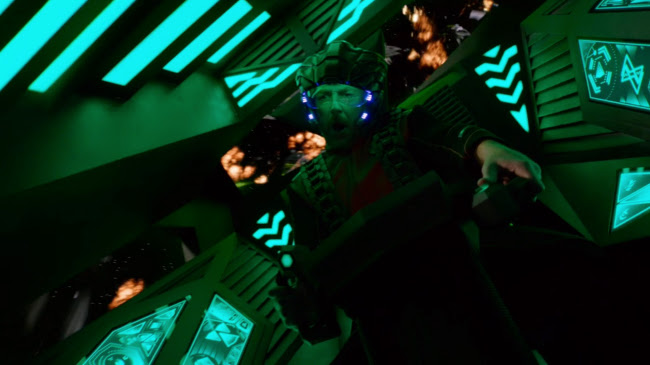 Now we have cgi and we can have those large scale battles any day of the week but I realised it's more than the relative cheapness that makes such things generally feel less special. Too often we get the spectacle without the context that gives it any real weight, the established relationships with characters and their problems. Last week "Identity part 1", written by Brannon Braga and Andre Bomanis, presented a captivating sequence of events and this week, "Identity part 2", written by Seth MacFarlane, picked up with another set of linked subplots, all of them effective, building to that climax. 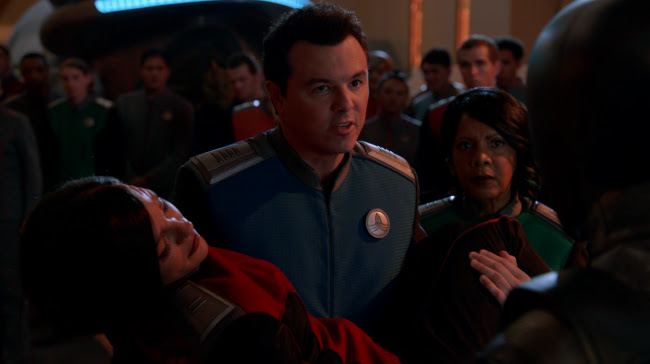 In one moment I really liked, Ed (Seth MacFarlance) tries to give a coded message to another Union ship while the Kaylons have custody of the Orville. It's one of those gambits seen from so many episodes and movies--in this case, it fails and Ed has to bear the burden of responsibility for his gamble; the loss of a whole other Union ship. Then the Kaylons decide to punish Ed by murdering another crewman, something that finally forces Isaac (Mark Jackson) to switch sides. 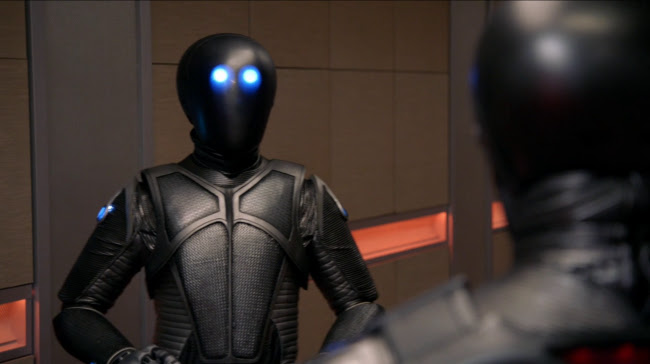 I said last week I didn't want Isaac to switch sides by suddenly discovering he has emotions. In the crucial turning point in this episode, when Isaac saves Ty (Kai Wener), I realised I didn't mind so much though it's worth wondering if it's really emotions that Isaac is discovering or if he simply decided the Kaylons have become irrational. Whether or not Isaac is capable of sympathy or empathy, he's the one who's stepped outside Kaylon 1 and breathed the fresh air of varied experience. The Kaylons are forever locked in the experience of their former suffering under their biological enslavers and are content evaluating all other potential relationships on those terms. 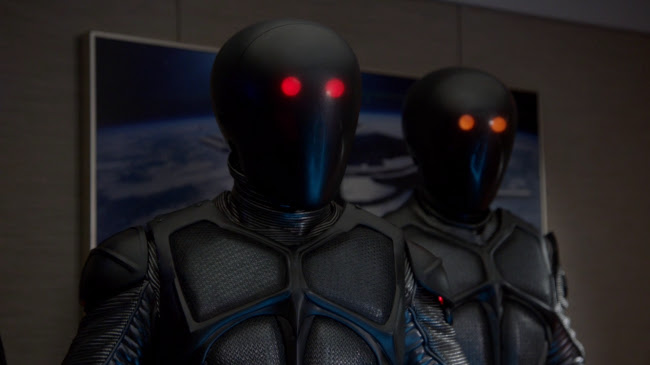 It's telling that Kaylon Primary (Graham Hamilton) refers to Roots, the 1976 novel by Alex Haley, for knowledge about slavery on Earth. Roots is a work of fiction--why not examine one of the many actual slave narratives from the 18th and 19th century? He could have examined the works of real former slaves such as Ouladah Equiano, Harriet Jacobs, or Frederick Douglass. For a species dedicated to decisions based on real data, they curiously prefer a work that is manifestly a commentary rather than a primary source. 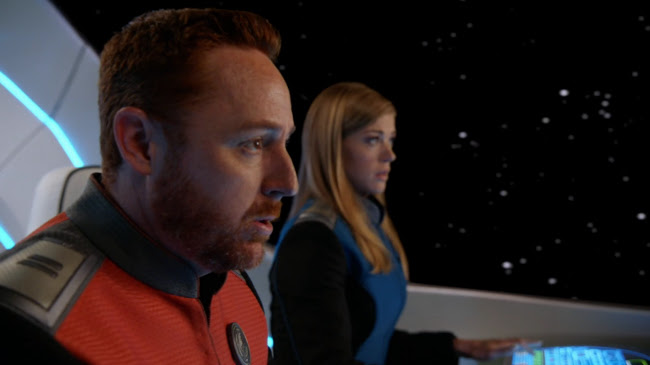 Meanwhile, Gordon (Scott Grimes) and Kelly (Adrianne Palicki) are on a risky mission to Krill space where they deal with a people unabashedly devoted to an irrational religion. Despite my dislike for MacFarlane's unnuanced perspective on religion, I did like the idea of the more complex Union being caught between the two hostile factions of the extremely rational and the extremely irrational. 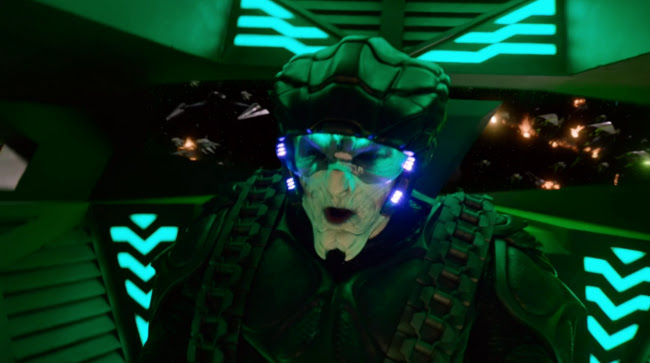 I wonder how much this episode will affect future episodes. There's plenty of material to digest now with Isaac, the Krill, and the Kaylons. With this episode, the universe MacFarlane created really feels like it's taken root. Happy Arbour Day.