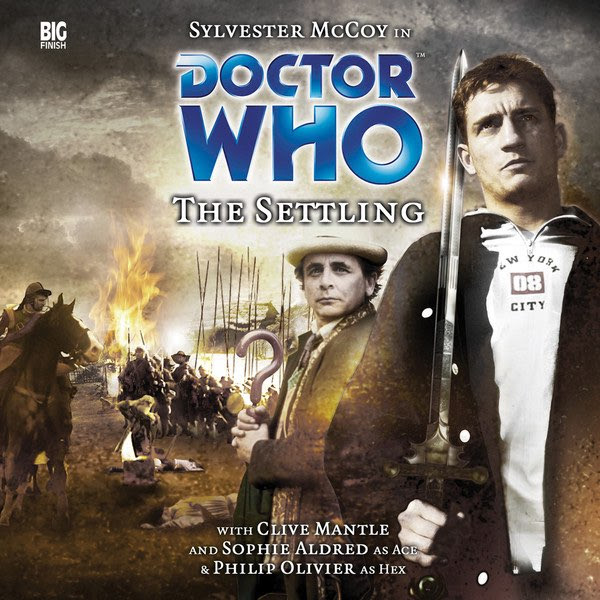 Happy Saint Patrick's Day, everyone. It's also Sunday, the day I normally write about Doctor Who, but Doctor Who has always been light on Irish characters and actors and the show has perplexingly never gone to Ireland. So I turned to the audio plays and listened again to the bold 2006 story The Settling from Big Finish's monthly range. Set in Ireland in 1649, it takes place during Oliver Cromwell's conquest of Ireland and features Cromwell as a character, played by Clive Mantle. The tone is sometimes too light, particularly when it comes to some of Cromwell's dialogue, but mostly it treats the subject matter seriously with a score made up mostly of mournful strings that might overdo it slightly.

This may have been before the "fixed point" term came into use on the show but the sieges of Drogheda and Wexford are clearly regarded as fixed points by the Doctor, events that he can't effect substantial changes to. Instead of big things, he mostly focuses on individuals and helps an Irishwoman named Mary (Clare Cathcart) deliver a baby while her town is being ravaged by Cromwell's forces.

It's a Seventh Doctor story and Sylvester McCoy may be the most appropriate Doctor for this material since his mother was Irish and his father was English (he grew up in Scotland). I suspect he taught the rest of the cast how to pronounce "Drogheda". While he's concerned with townspeople, his companions, Ace (Sophie Aldred) and Hex (Philip Oliver), alternate spending time with a conversational Cromwell. Clive Mantle plays Cromwell as unambiguously villainous. The smug sense of constantly amused superiority that comes through in the performance conjures an image of an obese cat with a curling moustache.

The script is much subtler, though. As Ace and Hex start trying to argue with someone they know only as a monster, they're stymied by responses and examples of behaviour that indicate a man who believes in virtue and the value of human life. He teases Hex by pretending to think he's a witch and then laughs it off--Cromwell was out of step with his Puritan cohorts in that he didn't consider witches a real threat. But then he flies into a rage when Hex utters the casual blasphemy, "Oh my god!" Realistically, I think Cromwell would be more taken aback by Hex's comfort with the expression than enraged by it, even if it was a grave offence.

It's not until the end of the story that the Doctor has a conversation with Cromwell and Cromwell's questionable defence for slaughtering the inhabitants of two towns, that he saved thousands more by doing so and that his men acted against his orders in slaying women and children, is met with McCoy's low tone of ominous scepticism.

Mainly, I admire the story more for the boldness of its premise than for its execution but it's not bad. Maybe one day the show, too, will visit Ireland.