Assumptions and Faith on the Run 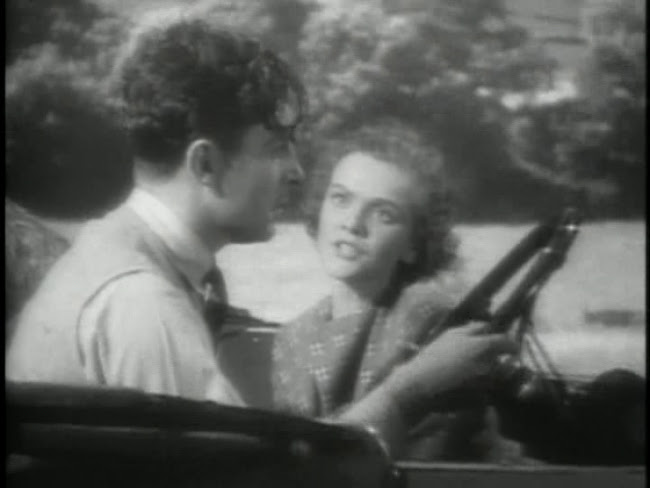 A man is assumed guilty of murder by two young women and then is assumed innocent by another young woman, all without solid reasoning by any party. The title of Alfred Hitchcock's 1937 film Young and Innocent may have seemed redundant to audiences at the time, when youth was more often presumed to entail innocence than it does now, but then again the young man, who of course is a wrong man, constantly meets with presumptions that he's guilty. It's a neat and engaging example of many of Hitchcock's most familiar plot features--the wrong man on the run and the intelligent blonde woman who helps him, sometimes against her better judgement.

In Francois Truffaut's book-length interview with Hitchcock, the British director complained that a scene was cut from the American release of the film. The couple, Erica (Nova Pilbeam) and Robert (Derrick De Marney) find themselves at a child's birthday party where Erica's aunt Margaret is wandering the room blindfolded for a game of Blind Man's Buff. 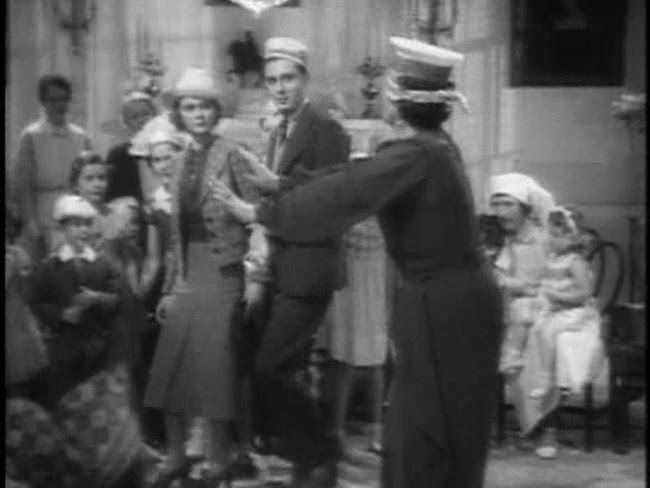 The playful tension in the game happens to coincide with the more serious tension of the fugitive and his companion, trying to leave the room before they're detected. Hitchcock told Truffaut this scene was "the essence of the film." Otherwise, most of the movie is set in the countryside as Erica helps Robert to flee almost automatically. 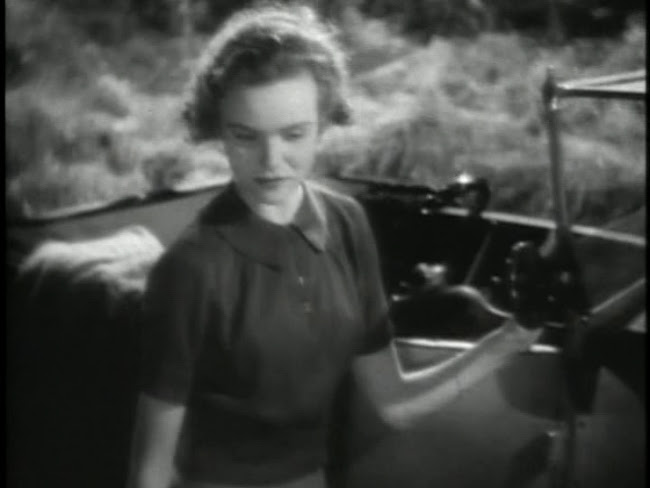 She's the daughter of the Chief Constable and we see she's well known around the police station, her practical knowledge and sensibility, which she attributes to having acquired via the Girl Scouts, prompt her to step in to make up for the detectives' deficiencies, as when Robert faints after being told the murder victim had left him money. She immediately starts slapping his face on both sides. 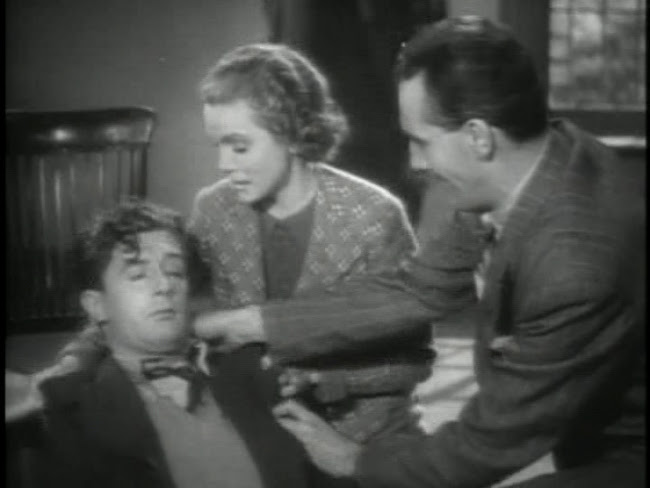 Thought processes follow very little sense of reason as most people just seem to assume Robert is guilty. Who would doubt the words of the two girls who really did see Robert running away from the woman's body on the beach? Though it's possible Robert was running for help as he said he was, one doubtful interpretation after another accumulates so that by the time he's meeting with his Solicitor (J.H. Roberts) even he can't help peppering his language with indications he believes Robert is guilty. 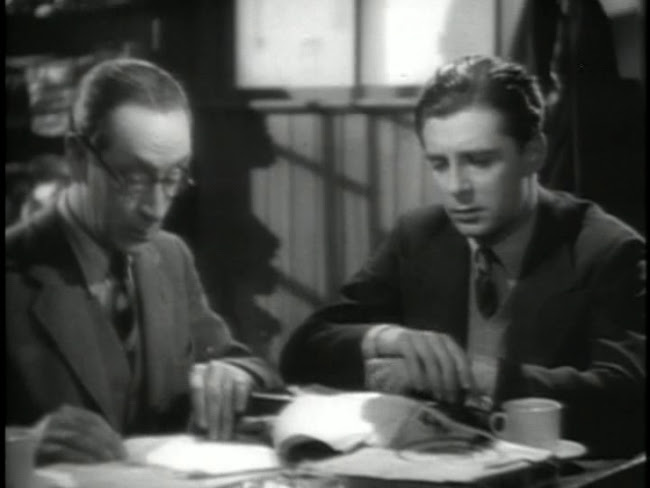 The way Robert first escapes the police is absurd yet just plausible enough to be credible, something Hitchcock excelled at. When he's brought into the courtroom, someone sits him in the wrong seat, someone else assumes he's absent, everyone panics, and in the confusion he simply strolls out, hastily putting on some spectacles for a disguise. A policeman even assigns him to a search party. 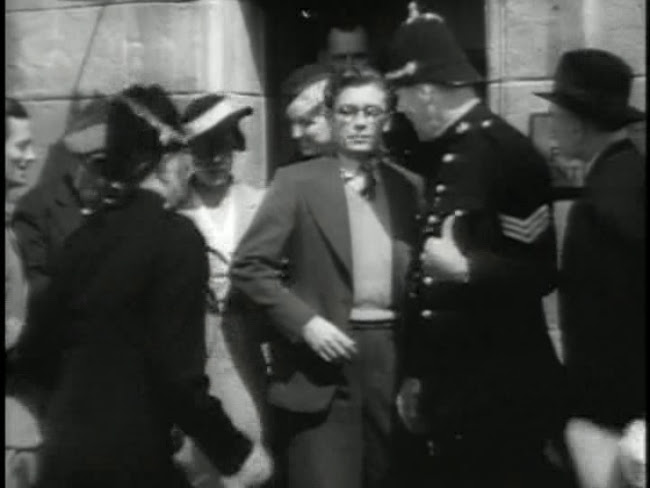 There is an innocence in Robert's behaviour that must actually give the opposite impression. When Erica takes him to an old mill to hide, just automatically in her instinct to help the handsome young man, he jokes that he feels like "Bonnie Prince Charlie", grandson of the deposed James II who led a fugitive existence, still trying to assert his right to the throne. When she's shocked at his flirtatious and jocular manner, he replies with some sudden insight, "I can laugh because I'm innocent." However difficult his situation is, the tension created by the uncertainty of his guilt or innocence is an entirely external matter. 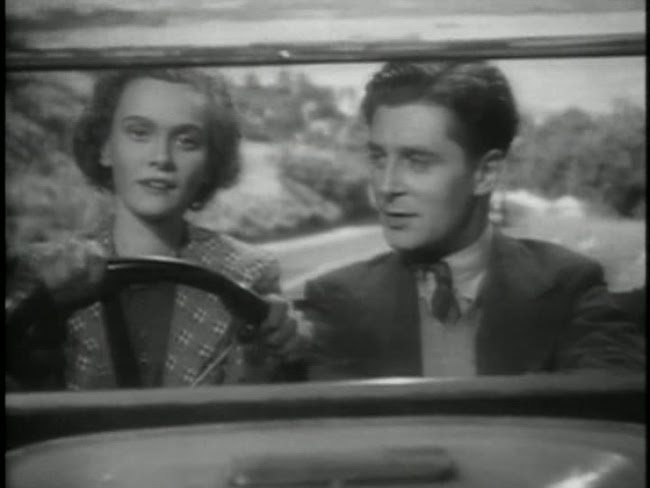 Of course, he becomes more desperate has the film reaches its climax, but it seems primarily out of his concern for Erica. There's a really nicely understated scene where they try driving into a disused mine and the car suddenly falls as the floor gives way. This is unaccompanied by any score and just quietly happens, like a dream. He and the other man in the car, an amusing hobo who starts to help them, escape almost immediately but she starts to sink with the car, desperately holding out her hand for him without screaming--it's all so intriguingly quiet. 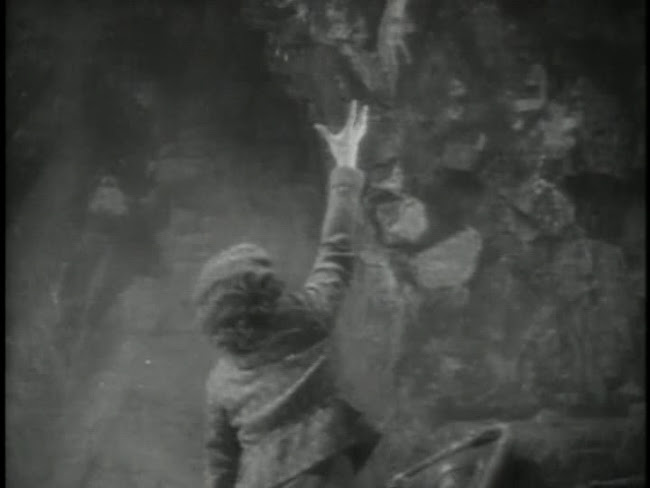 Not one of Hitchcock's best or best remembered films, it's nonetheless great. It's available on Amazon Prime.

In Martian shops the candy tastes of war.
The lane is dusted red for summer thoughts.
But spring was counted late inside the bar.
A round of drinks dispatched the job to lots.
The pictures here are all of pointing gloves.
No finger touched the land in faded years.
A hopeful settler brought a dozen doves.
They now with coos collect on empty piers.
At dawn, some figures stirred 'neath icy crags.
The heat increased as beams of sun advanced.
At eight, a soldier's shadow slumps and sags.
As red horizon haze remotely danced.
A dozen men encamped between the hills.
On whom some silent things imposed their wills.