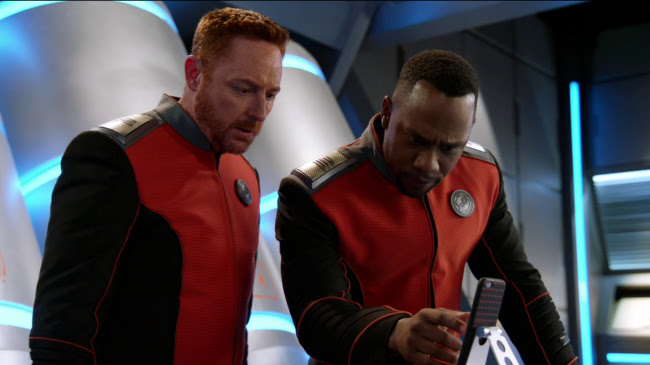 Seth MacFarlane redeemed himself as a writer last night with "Lasting Impressions", a new episode of The Orville much better than the previous, also written by MacFarlane. This being another sweet relationship episode like "A Happy Refrain" I'm thinking, with some exceptions, MacFarlane's strength on this series shows in episodes where one or two Sci-Fi elements influence a romance between two characters. 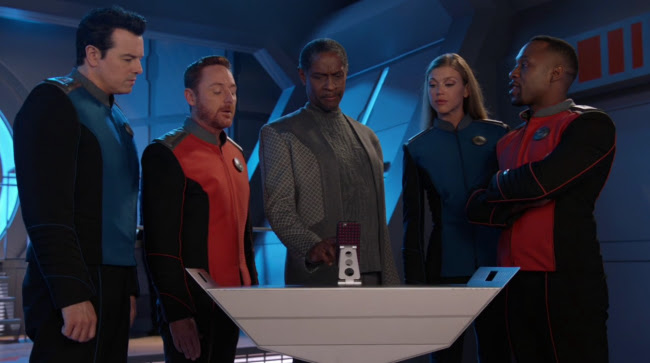 Star Trek: Voyager's Tim Russ guest stars as an anthropologist who, for some reason, is opening a time capsule from 2015 Earth on the Orville. Amongst the assorted items is a cell phone in which is contained all the personal history you might expect of a young 2015 American woman. Even so, it's surprising how accurately the Orville's computer constructs a simulation of her life when Gordon (Scott Grimes) decides he wants to meet her. 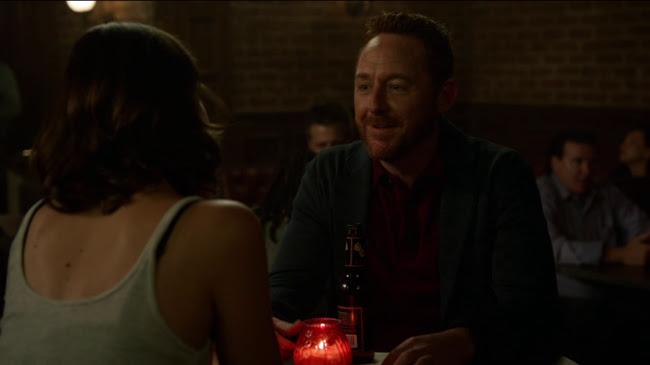 I think there's a subtle joke here about how impossibly good the Enterprise Holodeck could be even though Enterprise crew members seem totally ignorant of many of the most basic aspects of our time. Tim Russ hilariously assumes "WTF" means "Wireless Telecommunications Facility" but the Orville computer effortlessly replicates 2015 locations and people. I'm not complaining about that, it's amusing, nor am I complaining that we still didn't get any follow-up with Isaac (Mark Jackson)--in fact, Isaac doesn't even get a single line in this episode, appearing only in the background of a few shots. None of that matters because the chemistry between Grimes and guest star Leighton Meester works so well. 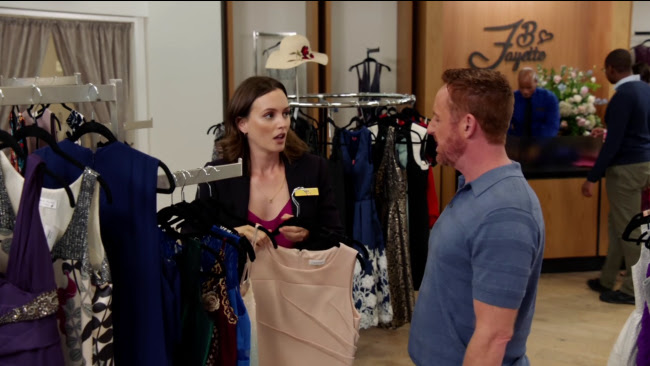 But Isaac is mentioned prominently when Gordon argues with his friends about the legitimacy of his budding relationship with the hologram woman. As I pointed out in my review of "A Happy Refrain", one could argue that Claire's (Penny Johnson Jerald) relationship with Isaac is basically the same as Bortus' (Peter Macon) simulator sex addiction. Gordon points out, in a line strikingly similar to one Claire has about Isaac in "A Happy Refrain", if the artificial intelligence is convincing and satisfying in every way as an autonomous being, then what difference does it make? Even if human civilisation by the time period in which The Orville's set believed in the soul there's still no conclusive way of detecting its presence in another being. 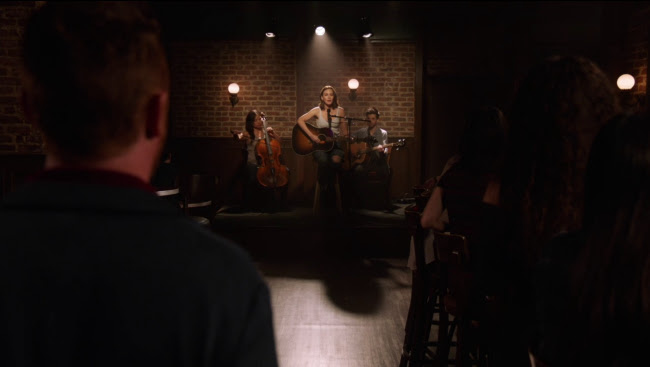 It turns out Laura, Meester's character, is a singer and Gordon shows up to one of her gigs where I was pleasantly surprised to see her performing "That's All I've Got to Say" from the soundtrack to The Last Unicorn, a 1982 Rankin/Bass animated film based on a book by Peter S. Beagle (who also wrote a third season episode of Star Trek: The Next Generation, "Sarek"). The song was performed originally by Jeff Bridges and Mia Farrow, neither of whom had voices as well trained as Meester or Grimes, who joins her for the duet later in the episode. Apparently Grimes has been singing for a long time; here he is from 1986:

He's had a long career but as Gordon on The Orville I suspect he's done his best work. 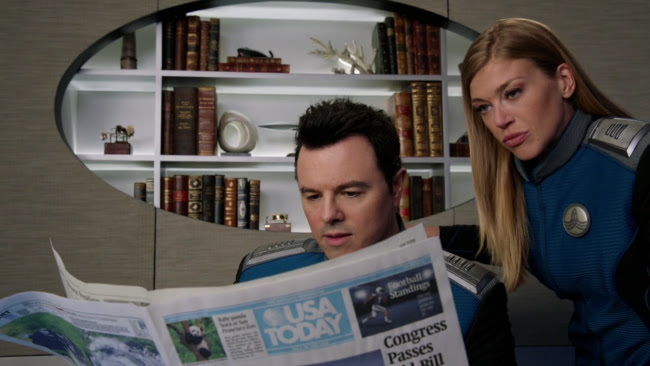 "Lasting Impressions" is funny and sweet but there's a melancholy edge to it; there's always the reality that Laura is dead lurking in the background--it occurs to me now her name may have been taken from the 1944 film noir directed by Otto Preminger, Laura, about a detective who falls in love with a dead woman. The fact that she desires to be remembered while clearly knowing how hopeless that likely is is part of the bitter-sweetness of the episode's conclusion, leaning more towards the bitter when Kelly (Adrianne Palicki) echoes one of her lines, observing that the vast majority of people aren't remembered. Ed (Seth MacFarlane) and Kelly pondering a 2015 newspaper that seems unconcerned with the climate crisis adds another level to the episode's understated rumination on death. The reference to The Last Unicorn feels all the more appropriate because that film and book is about the impending death of human imagination or spirit or a certain sensibility that embraces the beautiful and the fanciful. A very good episode of The Orville.