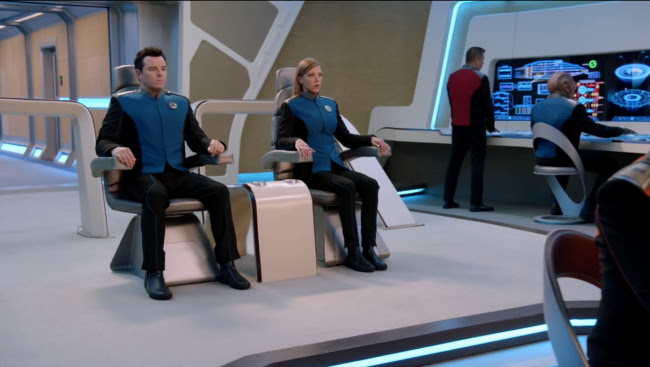 There were things I enjoyed about it but last night's new Orville, "The Blood of Patriots", was my least favourite episode of the series so far. Maybe it's inevitable the episode to follow "Identity" would be a let down but this one disappointed me on too many levels. 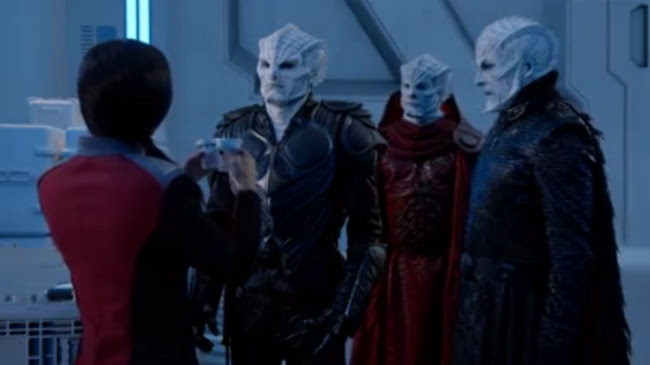 I was hoping we'd get some follow up with Isaac (Mark Jackson)--some self analysis from him, figuring out why he made the decisions he made; some crew reactions--is everyone really still okay serving with Isaac?--maybe some further insight into the Kaylons. But Isaac only had, I'm pretty sure, one line in this episode and seemed to be reintegrated into the crew as though nothing happened. 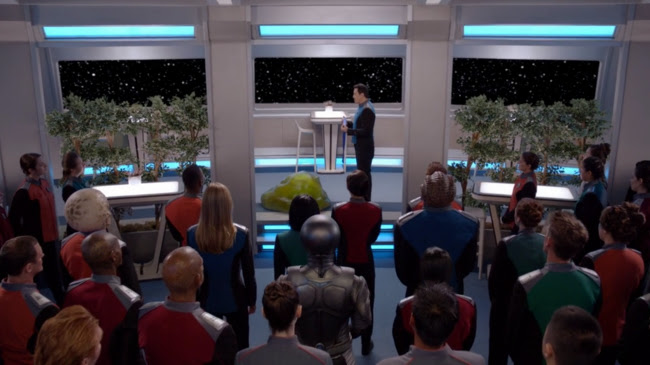 I did like the awards ceremony with Yaphit (Norm Macdonald) who really was great in "Identity", something I failed to mention last week because I had so much else I wanted to talk about. And the premise of "Blood of Patriots", a possible treaty between the Union and the Krill, is a follow up to the conflict with the Kaylons.

"Blood of Patriots" begins with a Krill shuttle fleeing the Krill ship the Orville is scheduled to meet with. Ed (Seth MacFarlane) decides to allow the shuttle and its mysterious occupant to take shelter in the Orville shuttle bay. Orville crew enter the shuttle to discover the fugitives are none other than Gordon's (Scott Grimes) old friend Orin (Mackenzie Astin) and Orin's traumatised daughter (Aily Kei). 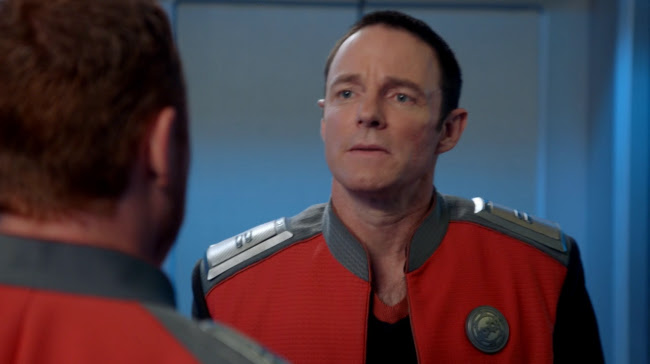 The episode begins to resemble many episodes of Deep Space Nine featuring Bajorans who can't understand why Bajor or the Federation want to work with Cardassians. Or the Next Generation episode "The Wounded" when Picard is surprised when a Federation captain decides to attack Cardassians against orders. All of these episodes worked better than "Blood of Patriots" because the Star Trek series did a better job establishing a history with the Cardassians and the complexities of their relationships with their victims. In "Blood of Patriots", we have one guy who was abducted after his family was murdered who managed to deal serious damage to his captors after years imprisoned, who dealt this damage apparently without even knowing there was a ceasefire. 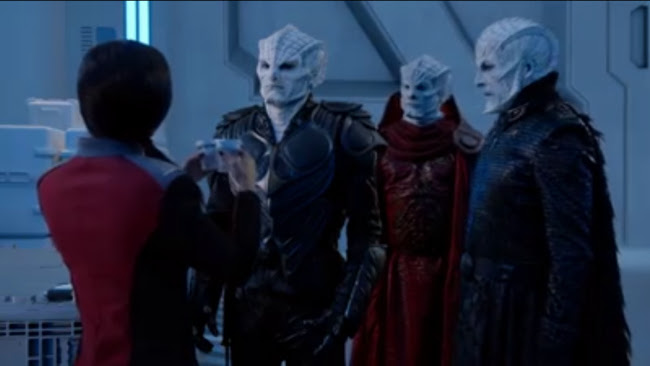 I was waiting for Ed to say to the Krill ambassador--these were acts of war no worse than yours. I appreciated the idea and I think we should have fiction that talks about the challenges in getting past atrocities committed on both sides in the interest of peace but this plot just skipped over too much. 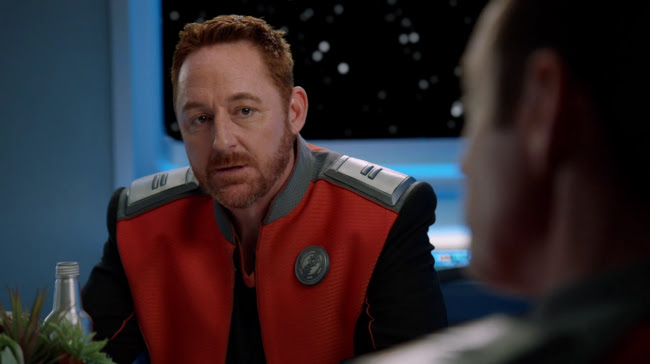 I did like the conversation between Gordon and Talla (Jessica Szhor), I liked how he awkwardly prefaced the talk with drinks. But the jokes in the episode mostly felt like the especially tired episodes of Family Guy. Seth MacFarlane wrote this episode and I would have said it's a sign he needs to hand the reins to more out of work Star Trek writers except he has written two very strong episodes this season, "A Happy Refrain" and "Identity part II". I could do with more episodes like those and fewer like this and "All the World is Birthday Cake".