The Man for a Free Ireland 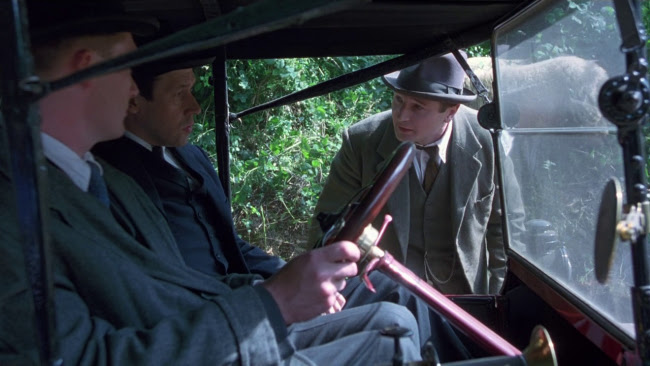 If you're looking for a slow and rigid political biopic, don't see 1996's Michael Collins. With its action and pacing, its passionate performances led by an extraordinarily fervent and magnetic Liam Neeson, it's almost an action film. It's also beautiful, bearing Neil Jordan's usual great aesthetic sense, and more great work from Sandy Powell, his regular costume designer in the 90s. 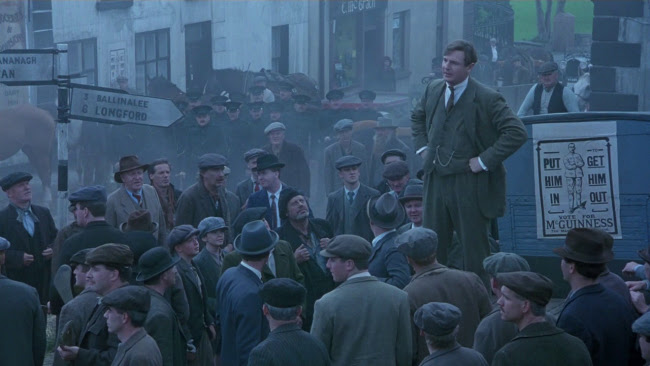 I love this olive tweed suit Neeson wears for most of the first third of the film, despite Collins being described as a man who operated riding a bicycle in a pinstriped suit in plain sight. His advantage, he explains more than once, is that the police don't know what he looks like. We watch as Collins' techniques escalate in ferocity to the point where he's ordering hits on all collaborators, Irish citizens who go to the police to inform on Collins' and other Irish Republicans. 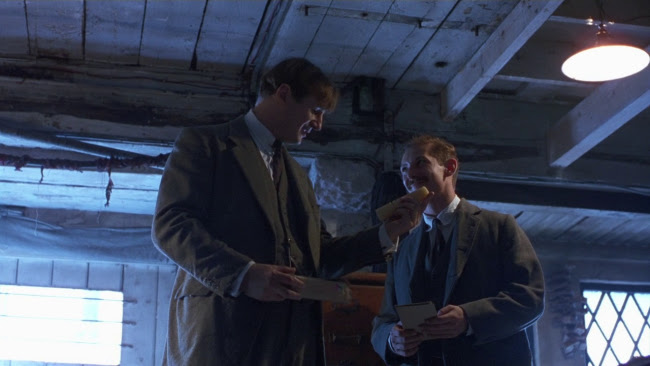 The movie makes clear why Collins finds this step necessary as the story opens with the defeat of Republicans by British military in the 1916 Easter Uprising. But the movie focuses primarily on tactics and the impact of acts of war, be it the Republicans, the British, or the Dublin police working for the British. A particularly horrific scene shows an armoured vehicle opening fire in the middle of a football match, the image of a gun protruding from an expressionless metal cylinder reminding me eerily of a Dalek. 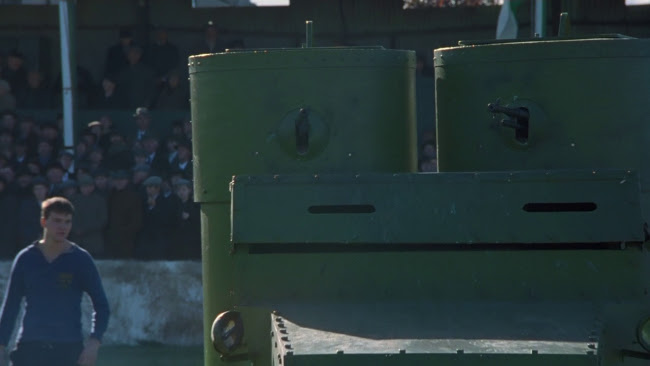 And it's hard to see what else the British want here but ultimately the extermination of the Irish people, particularly when Charles Dance shows up as a cold blooded SIS agent. There's no time spent on what arguments were being made for or against British rule as it impacted the daily lives of the Irish people. Which is fine, it's clearly not the story Jordan has set out to tell. 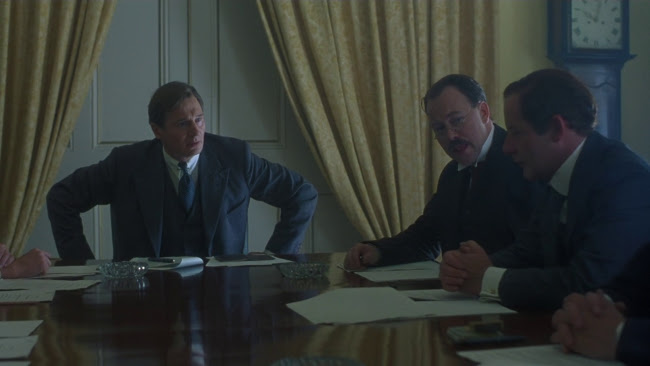 We don't really get a look at the politics until the last part of the film when a rift occurs between Collins and the president of the Irish Republicans, De Valera, played with impressive subtlety by Alan Rickman. 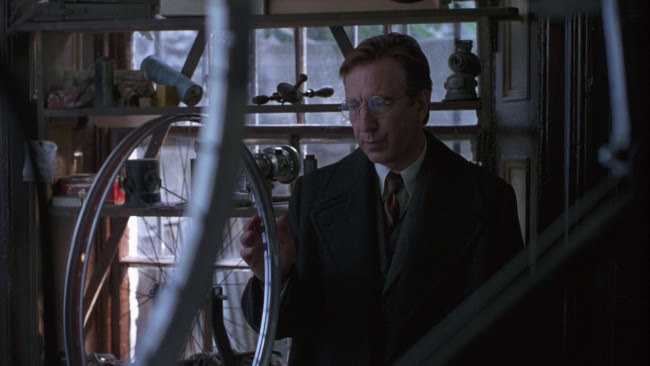 But Liam Neeson is unquestionably the heart of this film. Even in his other 90s roles I'm not used to seeing him so energetic and he helps paint a portrait of Collins as a man inseparable from his work, his heart and mind completely consumed with weighing what needs to be done and the costs of every policy and individual campaign. There are also some fine supporting performances by Brendan Gleeson, Julia Roberts, and Stephen Rea.