The Road, the Sea, and the Psychiatrist 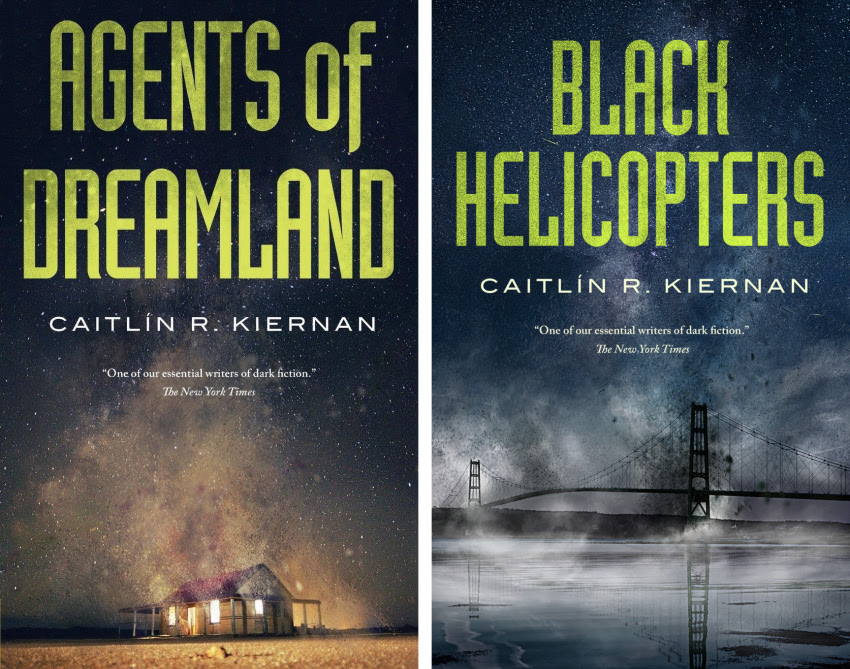 Lovers of sinister, dreamlike, supernatural tales will enjoy this month's new Sirenia Digest in which Caitlin R. Kiernan has included some extra scenes from her upcoming novella, The Tindalos Asset. This novella will be the third in her series for Tor, the first two being Agents of Dreamland and Black Helicopters. Both novellas are intriguing sensory explorations, sort of Expressionist paintings of X-Files or Twin Peaks style tales of supernatural weirdness mixed up with the doings of government agencies. The exploits of someone called the Signalman emerge into a more concrete world providing some contrast to make the amorphous more seductive and intriguing. The stories become a map of the brain in a certain kind of frightening situation. The bonus scenes from The Tindalos Asset included in Sirenia Digest don't follow this pattern quite so obviously, in fact they feel closer to some of Caitlin's other stories, which may be why she's chosen not to include them in the finished novella--only Sirenia Digest readers get to read them.

A mysterious driver whose thoughts are drawn to a mythological pantheon of the sea, a woman named Ellison Nicodemo in a subtle adversarial relationship with her psychiatrist, and a more elusive narrator on the edge of a dream state are the subjects of the three segments provided in the Digest. The middle story, in the psychiatrist's office, is the most down to Earth but it certainly presents plenty of teasing ambiguity between truth and fiction. They're a nice trio of vignettes in themselves and they make me look forward to the novella.