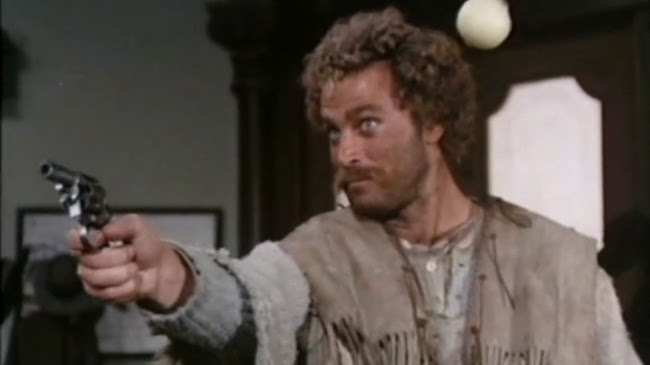 I was in the mood for a Spaghetti Western last night and didn't quite get what I wanted with 1975's Cry, Onion! (Cipolla Colt, "Onion Colt"). But that wasn't such a bad thing. A parody of Spaghetti Westerns that shows an intimate knowledge of the genre it also has a really delightful absurd streak. 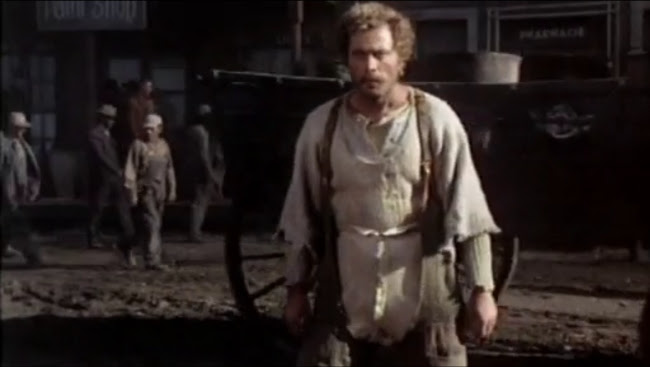 The normally stoic leading man Franco Nero--the original Django himself--stars as Onion, a crazed onion farmer who comes to an oil town looking to buy land. But in doing so he stands in the way of a tycoon's ambition, the ruthless Petrus Lamb (Martin Balsam), who, when he lifted his golden clockwork prosthetic hand into frame, tipped me off as to exactly what kind of movie this was going to be. 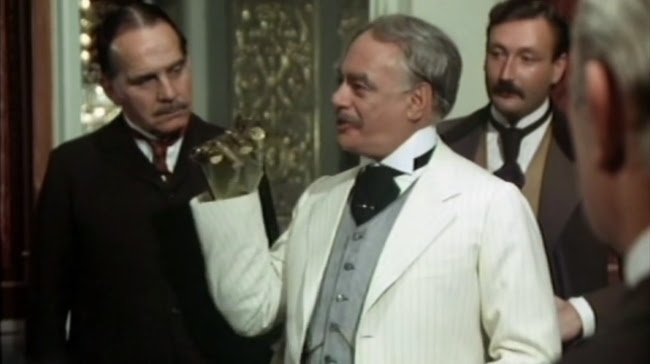 Already there are shades of various Westerns and Spaghetti Westerns, particularly Once Upon a Time in the West where it's a railroad tycoon with MS who's trying to push out landowners. Cry, Onion! is also peppered with famous historical names in ridiculous places, including Al and his brother Dutch Capone as little kids using homemade grenades to defend the land Onion purchased. Waging a print war against Lamb is an elderly town resident, none other than Joseph Pulitzer. 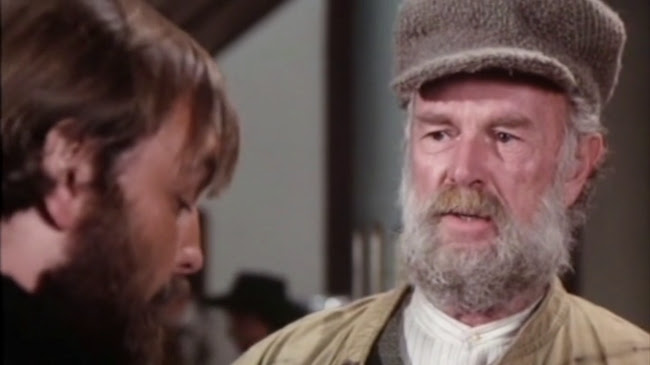 Who's played by none other than Sterling Hayden, sadly dubbed over by another actor. This was three years after he was in The Godfather. I imagine by this point in his career he had his pick of roles; he is one I've always admired for a willingness to do something strange and off-beat, apparently not nursing a chip on his shoulder that no-one saw him as a handsome leading man anymore. 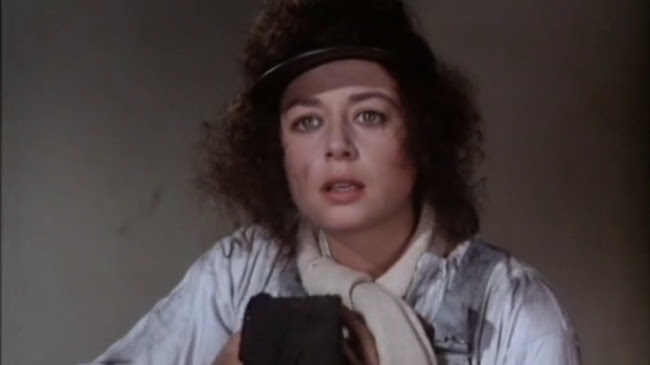 The Spanish actress Emma Cohen--who played the version of Big Bird on the Spanish Sesame Street--plays Pulitzer's daughter, Mary Ann, who falls in love with Onion at first sight, despite having trouble tolerating his stench. In a gratuitous parody of Spaghetti Western stylistic flourishes, the frame freezes on her face and his when they first see each other and cartoon hearts appear around their faces before their images are put together into a silly Valentine's card. 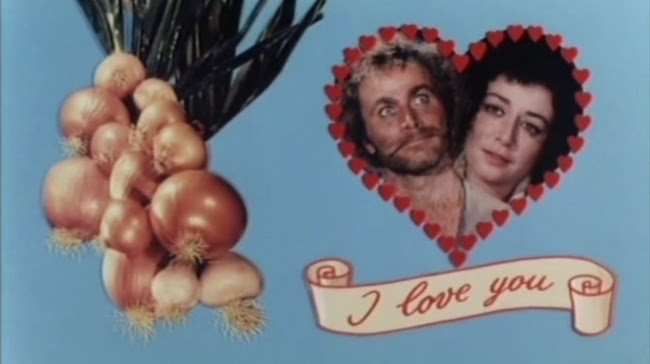 There are also jokes that are just plain absurd, as when Onion's chasing evil gunfighters in a granary, brushing aside grain to see the faces of the men to find the one he wants. He doesn't make any headway until he brushes away the grain on one man to encounter his own face. It doesn't make any sense at all, it's great. 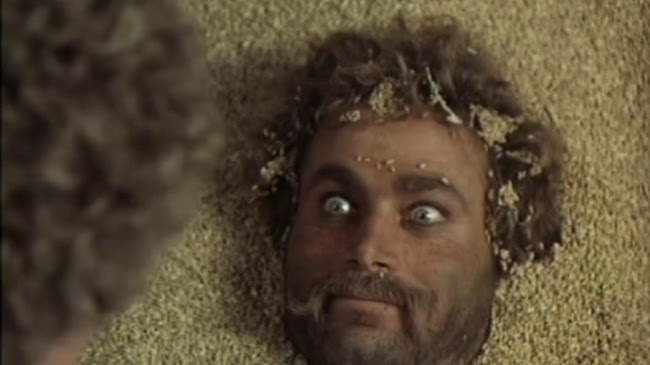