A Soldier for France, or, at Least, of France 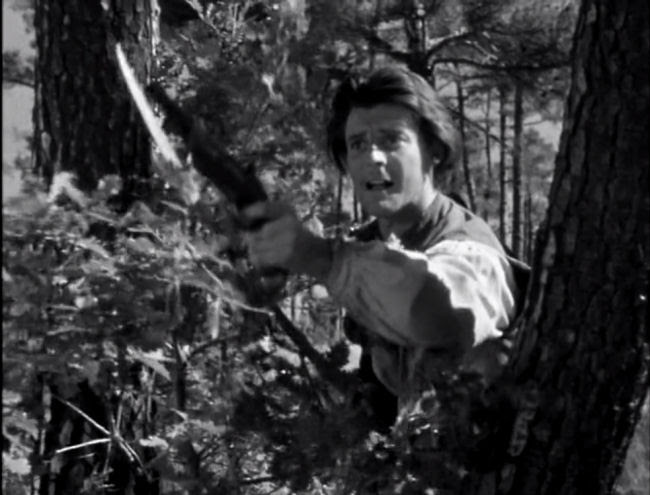 Happy Saint Stephen's Day, everyone. For the first day of Christmas, I decided to watch something on The Criterion Channel I hadn't seen before. I was particularly in the mood for French fantasy but I just searched for "Christmas". Criterion needs to improve their search algorithm because the movie I watched, 1952's Fanfan la Tulipe, had nothing at all to do with Christmas. But it was still pretty good--in fact a great swashbuckler with two brilliant leads in Gerard Philipe and Gina Lollobrigida.

I can see why Philipe is such a legend in Europe. He's a scrappier, more carnal version of a young Errol Flynn. Not the best swordsman but he makes up for it with speed and vitality. 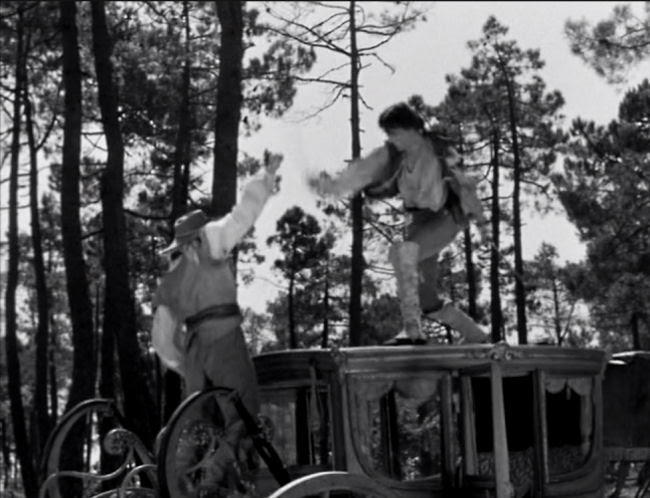 As the titular Fanfan, he's a roving scoundrel until he enlists in the army to avoid marrying a peasant girl he deflowered. In the process, he catches the eye of his commander's daughter, Adeline (Lollobrigida) who, posing as a gypsy, says he's destined to marry the King's daughter. 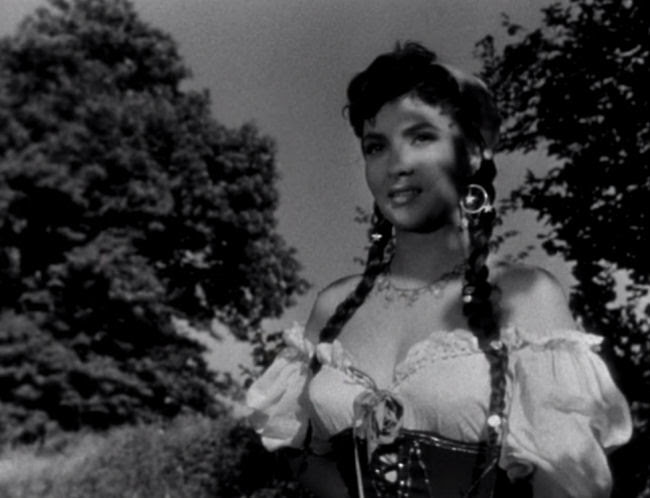 It's all a ploy to get him to enlist but fate swiftly has him rescuing both the Princess Henriette and Madame de Pompadour. Played by Sylvie Pelayo and Genevieve Page, respectively, they join Lollobrigida in forming a triumvirate of impossibly gorgeous knock-outs. It's hard for any lady to compete with Lollobrigida, though. 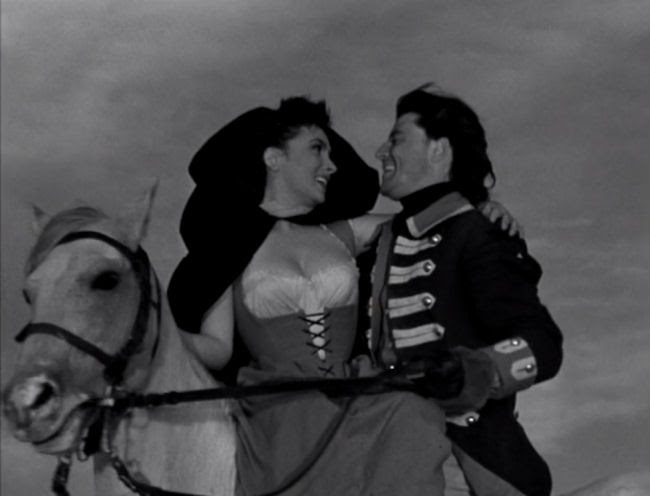 Philipe and Lollobrigida have fantastic chemistry as their phenomenal, singular charms match each eachother point for point. Who wouldn't grin when Fanfan, looking down at her from a rooftop, praises the view of the lovely valley between two hills? 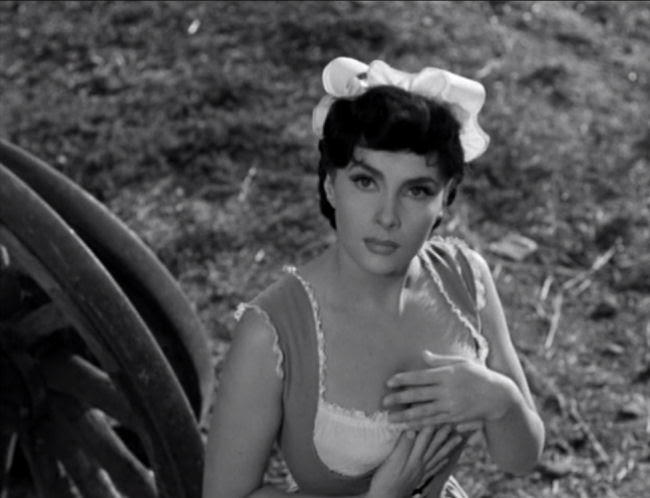 The editing is as energetic as Fanfan himself and director Christian-Jaque tells a clear story at a breakneck pace. On top of this, the stuntwork is amazing. There are so many shots of people leaping on running horses or other clearly dangerous things, like falling backwards between coach horses. And all of it so quickly. Fanfan more than earns his tulip, I can tell you that.

Fanfan la Tulipe is available on The Criterion Channel.

A numbered vest adorns the bishop piece.
Researches late deserved another dime.
On coinage row the dancers served in Greece.
The final thought was first beyond the Rhein.
The understanding moon was floating past.
The slowly winding sky was glowing bright.
In ev'ry star there dwells a stage's cast.
In ev'ry cup of joe's a moonless night.
Revolving sleighs deliver goods to brick.
The warming hat was red and fluffy white.
The fog about the cherry nose was thick.
The cheery dots were leaves of needle light.
Reluctant organs built a walking man.
Assorted cookies burned across the pan.

Posted by Setsuled at 10:05 PM
Email ThisBlogThis!Share to TwitterShare to FacebookShare to Pinterest