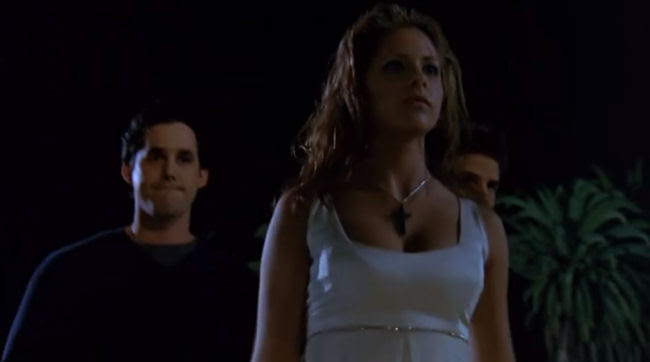 Judging from the first season finale, it's amazing that Buffy the Vampire Slayer managed to stay on the air or that Joss Whedon would find increasing success as a writer, let alone a director. It's mostly pretty bad, from Buffy's strategy of quitting being a slayer to dodge a prophecy, to Xander's dull pining, to the nonsensical climax. But it does have some good points, the chief two being Charisma Carpenter as Cordelia and a bloody scene where she and Willow find some corpses of their friends. 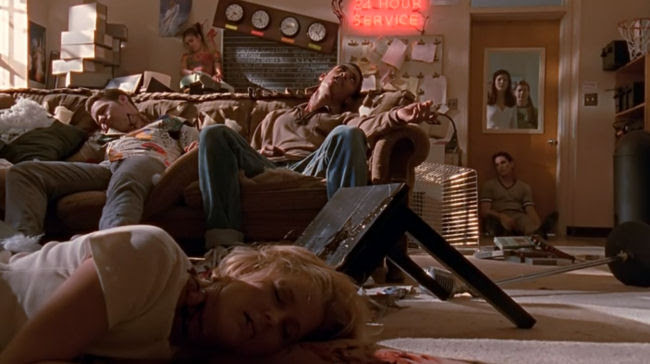 Talking about it later with Buffy (Sarah Michelle Gellar), Willow (Alyson Hannigan) has a good line that conveys her trauma very well. She talks about how the vampires, this time, managed to break into her world--killing people she knows--and on top of that "they had fun". It's easy from these lines to understand the level of horror she feels. This moment more than any other suggests Whedon would go on to bigger and better things. 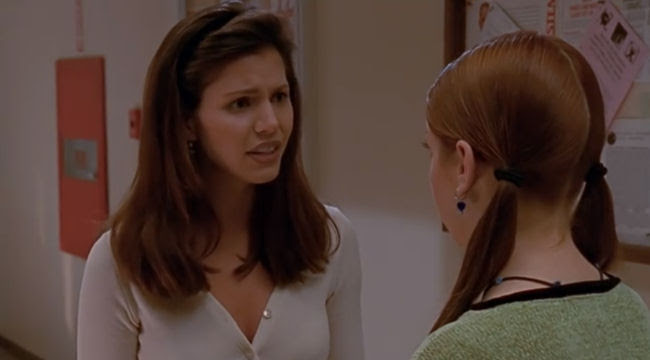 Cordelia, the background foil character, turns out to be unaccountably interesting. Her vapid one-liners about how Buffy and her friends are losers should come off like the usual, two dimensional, movie bully talk but instead she comes off as peculiarly innocent. So it's funny when she heroically drives her car straight through the school because it surprisingly makes sense. It's not really an arc, it's an epiphany.

However, too much of the episode is spent with Xander (Nicholas Brendon) whining about how Buffy won't go out with him. And Willow inexplicably wishing Xander would look at her that way. Even if I didn't know she was going to be revealed as gay later it would seem odd. You don't need anyone, Willow. In spite of all this, I still like her a bit better in season one when she was still dressing like a nerd. 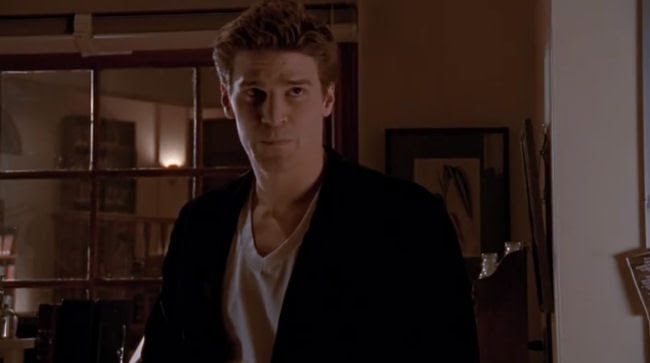 Angel (David Boreanaz) has so little personality in these early episodes that I wonder if Whedon originally intended Xander and Buffy end up together. But he was certainly the more popular of Buffy's beaux amongst viewers. Goes to show what kind of an edge being a vampire can give you.

The most cringeworthy part of the episode is when Buffy, Angel, and Xander stride together towards the screen, on a mission to kill the Master (Mark Metcalf). The show's theme song--which I like, but not in this context--plays to herald their approach because Buffy has inexplicably become more powerful after Xander's revived her with CPR. True love's kiss? Maybe. We don't get any explanation.

Buffy the Vampire Slayer is available in a lousy cropped format on Amazon Prime.

Posted by Setsuled at 1:29 AM
Email ThisBlogThis!Share to TwitterShare to FacebookShare to Pinterest