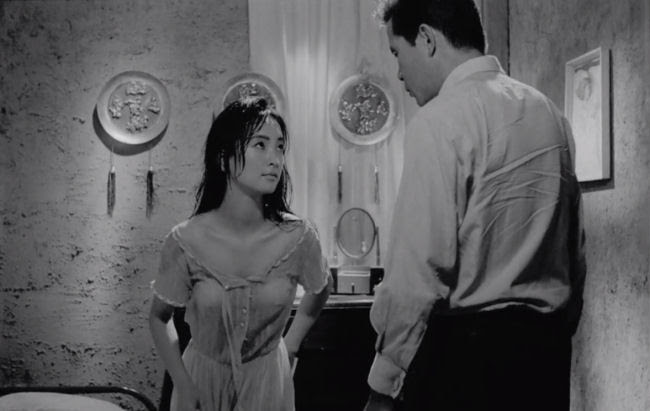 Just how much murder and coerced sex can occur in one house? I guess it depends on the size of the house. 1960's The Housemaid (하녀) is set in a nice, two storey house into which a nice, normal family has moved. When the father decides to turn his idle fantasy of getting a pretty housemaid into a reality, he could scarcely have imagined the depths of extravagant horror he was about to unleash. "Nightmare" is definitely a word for this strange melodrama. The colours are extreme black and white but the drama is saturated to more absurd levels. Yet it's fascinating--every character seems a kind of demon roasting in this domestic Hell.

This classic of South Korean cinema was directed by Kim Ki-young. An interview included in the Criterion edition features Parasite and Snowpiercer director Bong Joon-ho discussing the film and he talks about how a two storey house would have been seen as a conspicuous sign of wealth at the time. So he points to the many shots that significantly feature the staircase. 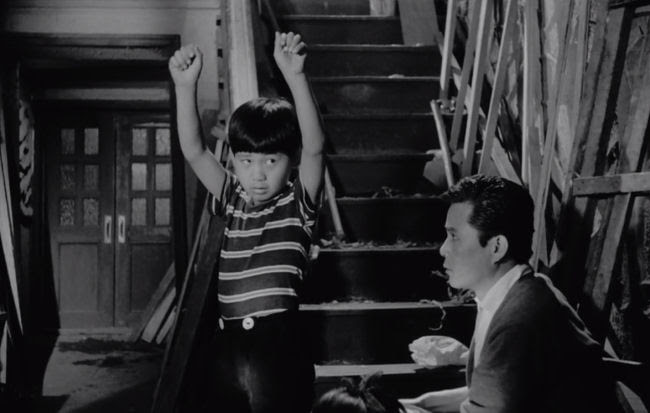 The family has only recently moved into the place. The patriarch, Kim Dong-sik (Kim Jin-kyu), is a piano teacher currently under contract at a factory where he instructs the employees, who all seem to be attractive young woman, and all of them seem to have a crush on him. 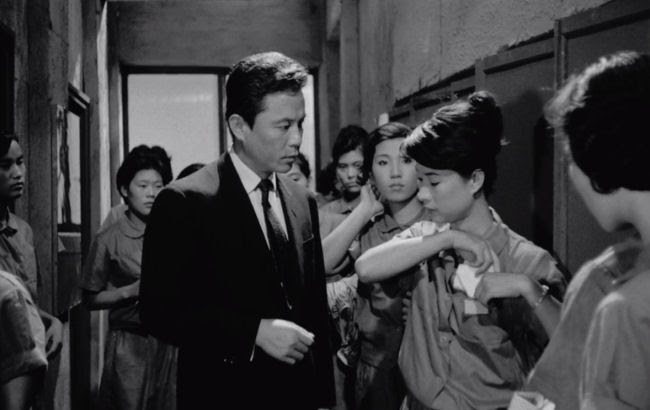 One young woman (Um Aing-ran) comes to the house for private lessons and recommends her roommate, Myung-sook (Lee Eun-shim), as a housemaid. Earlier, Dong-sik had been idly fantasising about a story he'd read in the paper about a man who'd had an affair with his housemaid. Yet he finds himself the prey and not the predator throughout the film which is filled with curiously aggressive women. 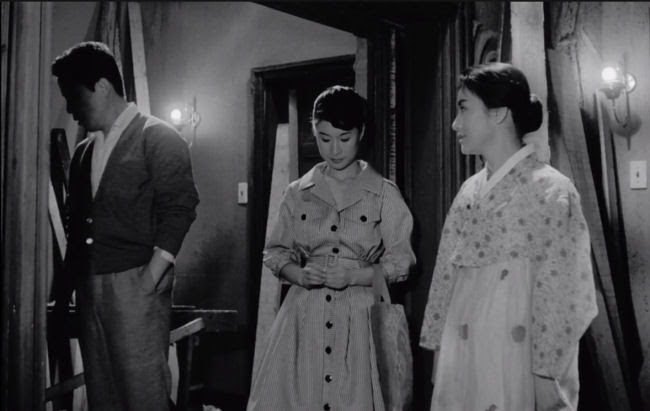 Every second of the film, everyone seems to be calculating how to ensnare or torment everyone else. Even the kids taunt Myung-sook about her putting poison in their drinking water long before she actually does. Dong-sik's wife (Jur Jeung-ryu) seems a paragon of housewives except she moans in a curiously orgasmic way when Dong-sik massages her leg when she has a cramp. It's an ecstasy he doesn't seem to understand or share in, despite being her husband. And, of course, she's not above murder. 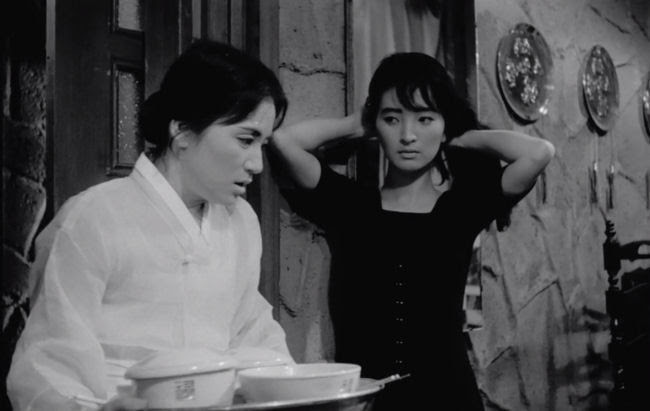 No one exceeds the housemaid herself, though, played by Lee Eun-shim with a relentlessly feral quality.

The Housewife is available on The Criterion Channel.

Posted by Setsuled at 1:12 AM
Email ThisBlogThis!Share to TwitterShare to FacebookShare to Pinterest