It's a Tough Job and No-one has to Do It 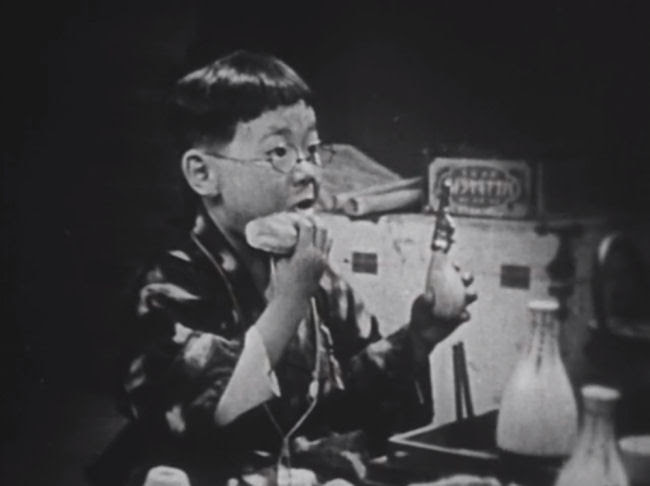 Any kidnapper worth his salt ought to know what he's getting himself into. But, then again, kidnapping someone isn't a very smart thing to do to begin with. One kidnapper gets his instant karma in 1929's A Straightforward Boy (突貫小僧), an early film from Yasujiro Ozu. Much of the film is lost but the 14 minutes remaining, taken from the beginning and the end of the film, provide a coherent and charming story.

A man with a false moustache (Tatsuo Saito) manages to lure a young boy (Tomio Aoki) into following him by making funny faces. 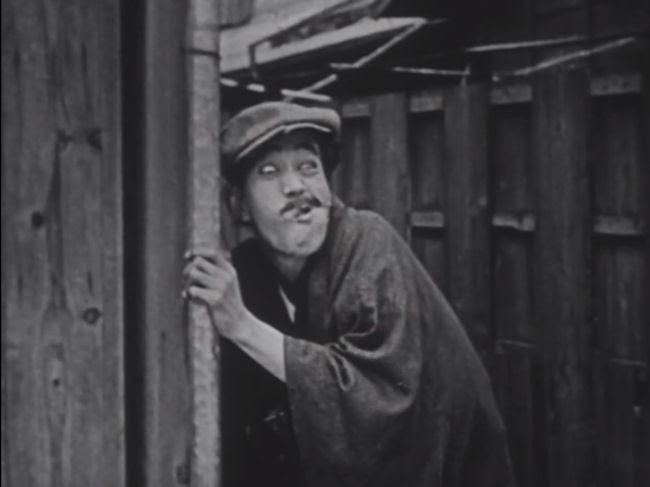 The boy solemnly appraises the goofy looks and decides this man is worth his time. But he quickly proves more trouble than he's worth, irritating the kidnapper and his accomplice with constant questions and shots from a suction cup pistol. 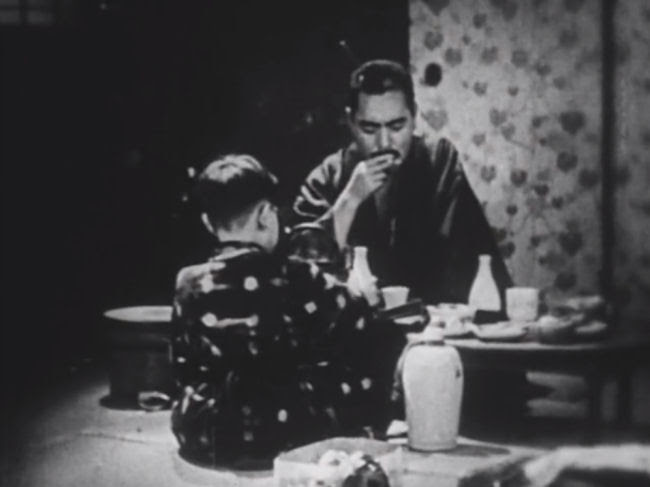 Those familiar with Ozu's masterpieces from the '40s and '50s, like Early Spring and Tokyo Story, will be surprised to find little of Ozu's familiar stylistic habits. There aren't many of the familiar low shots and less of the meticulous compositions of square frames within frames. But there is something of his gentle humour and basic good nature that makes this film a pleasure to watch. You may be better off watching Charlie Chaplin's The Kid if you want a full course meal but this isn't a bad snack.

A Straightforward Boy is available on The Criterion Channel.

Posted by Setsuled at 1:48 AM
Email ThisBlogThis!Share to TwitterShare to FacebookShare to Pinterest