From Peacock Pie to Christmas Cake 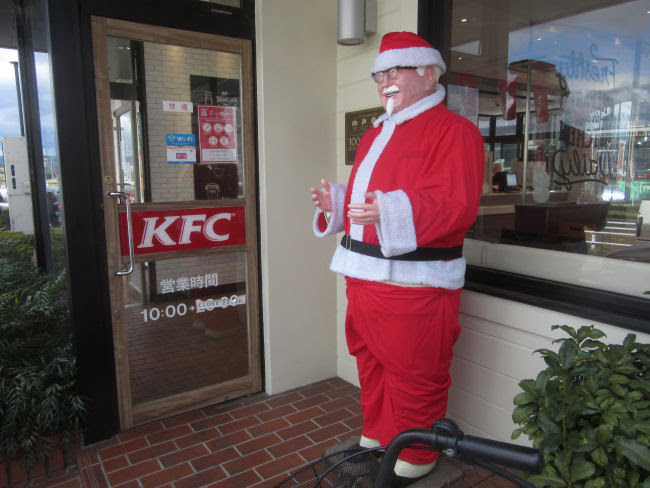 Preparing to talk to students about Christmas, I found my thoughts turning to Washington Irving whose Christmas stories in his 1820 book, The Sketchbook of Geoffrey Crayon, were so instrumental in forming our modern notions of Christmas. I delighted in reading them again but I had to pause and ask myself if Japanese junior high school students would really be interested in it. Japan has its own ideas about Christmas, which is widely celebrated in the country but without any particular religious connotations for most people. The aesthetics of ritual and ceremony seem to matter more. So one family may make regular visits to Shinto landmarks, have a Buddhist shrine at home, and have Christian style weddings. There are customs surrounding Christmas that are based more on how people in Japan perceive it as a western holiday than for any extrapolations from religion or cultural belief, aside from a general good will towards one's fellow human beings.

But I was surprised to learn that the reason so many people in Japan like to eat KFC and Christmas Cakes on Christmas is because it's generally believed that people in America do the same. I told some students that KFC wasn't particularly popular in the U.S. on Christmas and immediately felt sorry I did. The reaction of anxious disappointment I saw made me feel like I'd told them Santa Claus isn't real.

The popularity of KFC on Christmas in Japan goes back to a very successful ad campaign in the '70s. The Christmas Cake is a bit older, going back to 1910. A custom originating in Europe, people in the U.S. don't usually have something referred to as a "Christmas Cake". Britain and Germany have had a few different Christmas Cakes. Japan's is distinguished by usually being strawberry shortcake--here's a little one I bought at a konbini this evening: 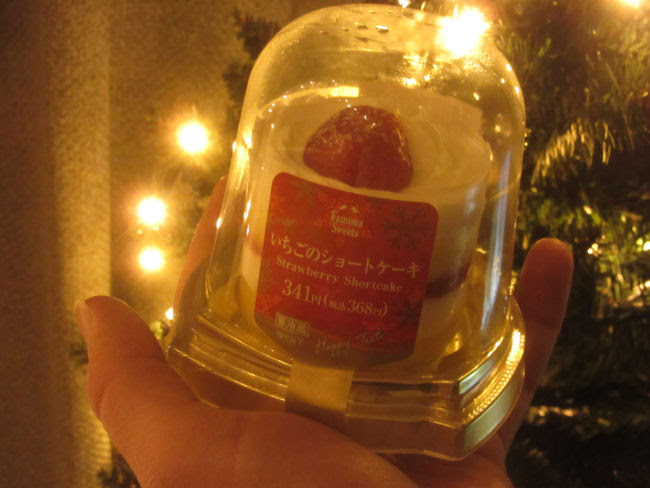 I didn't find much in The Sketchbook of Geoffrey Crayon useful to tell the kids although I did talk about the peacock pie. A pie made from peacock, this is how Washington Irving informs his reader about it:

I could not, however, but notice a pie magnificently decorated with peacock’s feathers, in imitation of the tail of that bird, which overshadowed a considerable tract of the table. This, the squire confessed with some little hesitation, was a pheasant pie, though a peacock pie was certainly the most authentical; but there had been such a mortality among the peacocks this season that he could not prevail upon himself to have one killed.*

* The peacock was anciently in great demand for stately
entertainments. Sometimes it was made into a pie, at one end
of which the head appeared above the crust in all its
plumage, with the beak richly gilt; at the other end the
tail was displayed. Such pies were served up at the solemn
banquets of chivalry, when knights-errant pledged themselves
to undertake any perilous enterprise, whence came the
ancient oath, used by Justice Shallow, “by cock and pie.”

The peacock was also an important dish for the Christmas feast; and Massinger, in his “City Madam,” gives some idea of the extravagance with which this, as well as other dishes, was prepared for the gorgeous revels of the olden times:

Men may talk of Country Christmasses,
Their thirty pound butter’d eggs, their pies of carps’ tongues;
Their pheasants drench’d with ambergris: the carcases of three
fat wethers bruised for gravy to make sauce for a single peacock!

Irving mentions some Christmas games I thought I might be able to introduce to the kids but none of them would really be conducive for social distancing--or even really appropriate for kids in any circumstance. Hot Cockles involves putting one's head in someone's lap and guessing who the person behind them is tickling their hands while Snapdragon involves eating raisins in burning brandy in a dark room to admire the glow inside people's mouths. It's just possible such a game could lead to accidents.

Posted by Setsuled at 1:55 AM
Email ThisBlogThis!Share to TwitterShare to FacebookShare to Pinterest