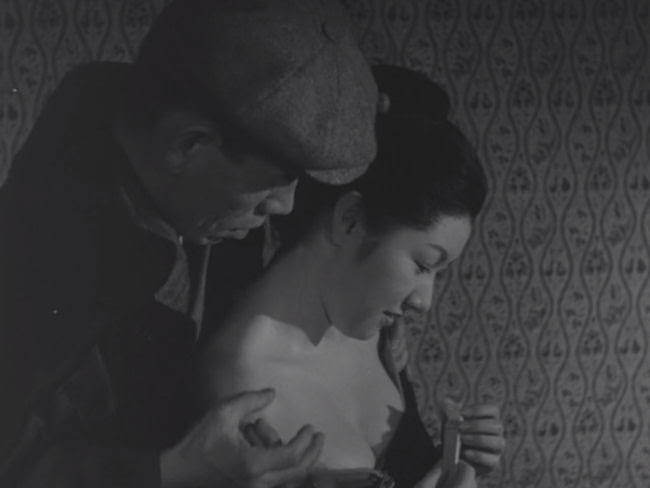 Trading one's soul doesn't always involve a Faustian bargain or similar, single dramatic event. Too often it may be gradual and inexorable, as in the case of 1953's The Wild Geese(雁), the story of a beautiful young woman whose reluctant decision to be come a mistress sends her down a route of unexpected, terrible consequences. How much freedom she really has, though, as circumstances worsen, is tortuously ambiguous. Directed by Shiro Toyoda and starring Hideko Takamine, The Wild Geese comes off as a slightly more melodramatic version of a Mikio Naruse movie. It never hits quite as hard as some of Naruse's best movies but it ably conveys an existential hell.

Otama (Takamine) is worried about her aging father (Eizo Tanaka) who supports her and himself by selling candy in the street. She's been married before, to a man who turned out to secretly have a prior marriage with children. So, despite being beautiful, eligible suitors stay away from her. Her father's health and her poor reputation are both used by a woman named Osan (Choko Iida) to persuade her to become the mistress of a widower kimono merchant with children. Osan reasons that, in these circumstances, Otama will be a wife in all but name. 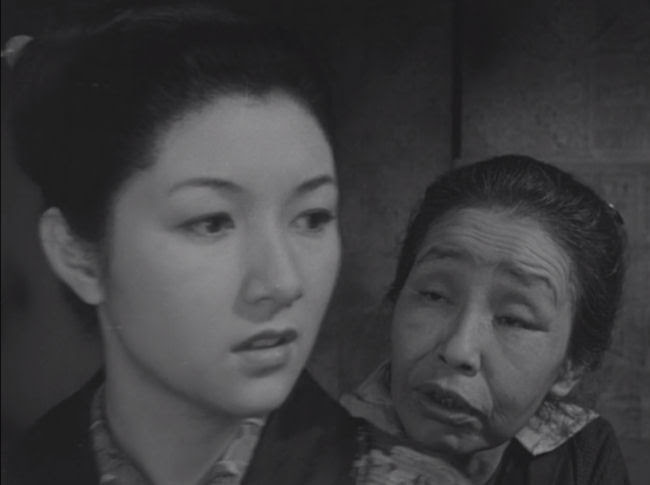 Except it turns out the widower kimono merchant is neither a widower nor a kimono merchant. Suezo (Eijiro Tono) is a moneylender with a living wife and children--and Osan is in debt to him. 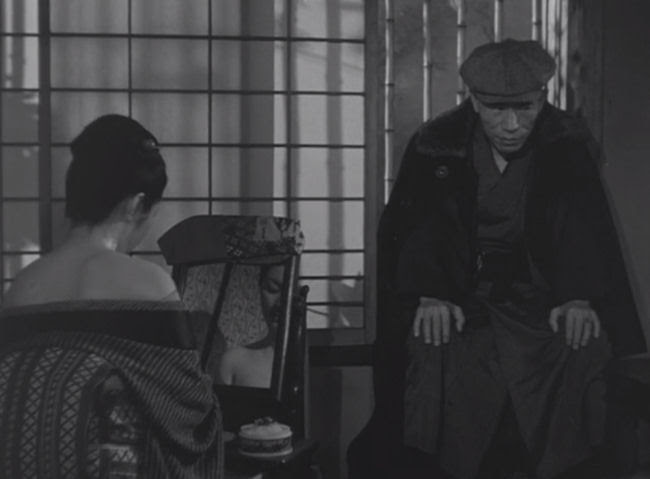 He places Otama in a separate home and she gets comfortable there before she learns how things really stand. You could say this is an edifying example of why, "if he wants it, he better put a ring on it." 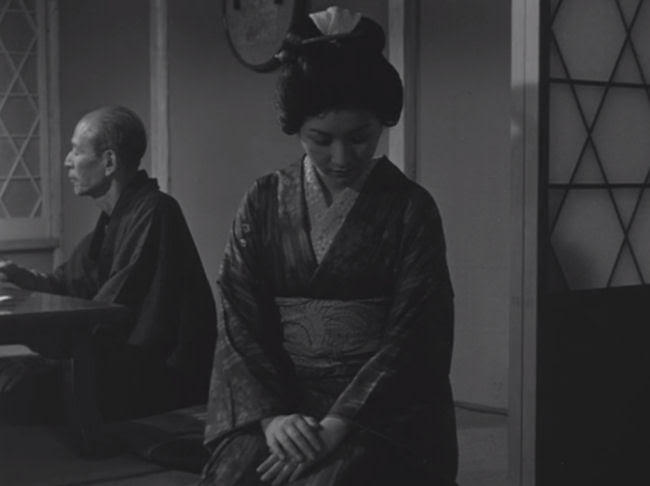 Except, did Otama really have a choice? She's in no position to embark on a career capable of supporting herself or her father.

Things take a turn for the more melodramatic when she falls for a young medical student, Okada, (Hiroshi Akutagawa) who saves her caged bird from a snake (pretty clear symbolism there). They both lack means to support themselves, the only difference is he has opportunity and she doesn't--opportunity she might jeopardise if they become involved. 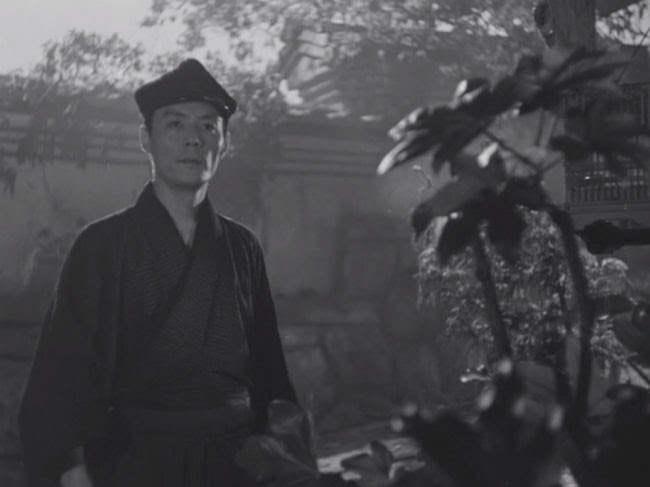 The outdoor scenes with Okada are strangely pretty next to the more realistic indoor scenes with Suezo who, in spite of everything, is a more complex and interesting character than Okada. People around Otama point out he's kind to her, another thing that makes her situation more ambiguous. Takamine, as usual, gives a wonderful performance with a desperation that gradually turns into despair over the course of the film. Her love for the medical student gives a slightly noir-ish shade to this piece of mono no aware.

The Wild Geese is available on The Criterion Channel.

Posted by Setsuled at 1:42 AM
Email ThisBlogThis!Share to TwitterShare to FacebookShare to Pinterest