Oh, for some of the furry outfits in The Ribos Operation. The 1978 Doctor Who serial always felt very Christmasy to me, though it originally aired in September. 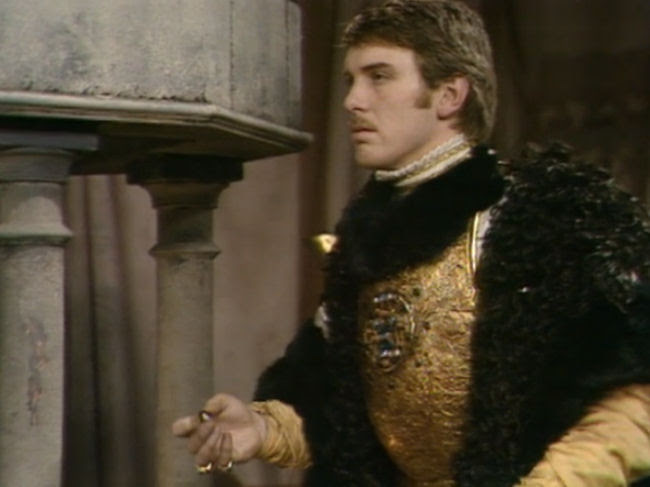 And such pretty furry costumes, too. There were so many nice costumes in Tom Baker's last three seasons.

I'm dealing with winter for the first time now that I live in Japan so I'm particularly envious of the fur. I've bought two furry blankets and they do seem to retain heat very effectively. Nothing competes with Mary Tamm's fringe, though. 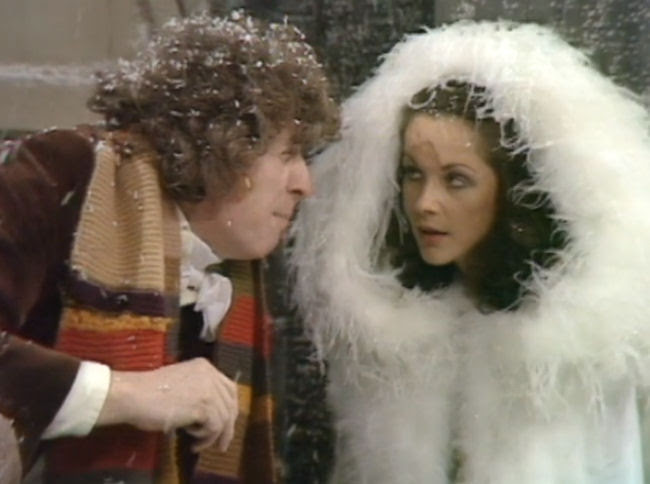 Romana I seems so much more innocent than Romana II. I'll always prefer II but I is so cute pondering the Doctor's statement that a crook wouldn't be very successful with a dishonest face.

I love the pair of thieves in this serial. I wonder if Douglas Adams contributed to their dialogue at all. The serial is credited to Robert Holmes but the two feel so much like one of Adams' double acts. It goes without saying I'd like a gigantic scarf and a velvet frock coat, too. Have you ever looked for a velvet frock coat? They're so hard to find. I saw a guy wearing one at Comic Con, doing a wonderful Fourth Doctor cosplay. I should've asked where he got it.

The darkest drink has dropped the table edge.
Another book supports the severed leg.
A stout and hearty port was off the ledge.
The morning jogged the brain to eat an egg.
A candle carried plates of snacks away.
The empty hall was cold and full of gas.
Another cloud produced the snowy day.
The waiters all were built of rusty brass.
The purple tree alone awaits the brush.
A sweater fell apart before the cat.
And all through twinkling snow's a sacred hush.
Returning mouser steps to take the bat.
A million legs conduct the carapace.
A hundred feet decry the precipice.