The Right Complement for Blood 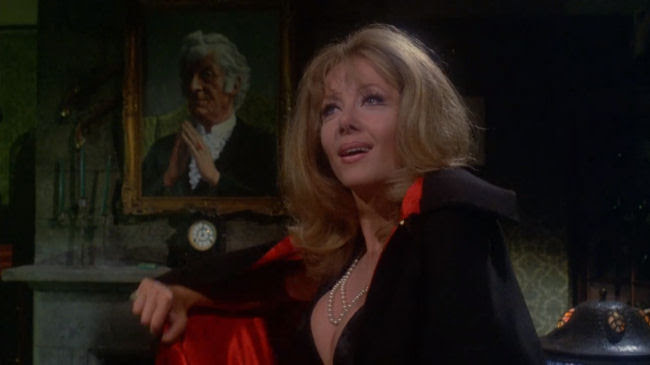 Just how does one decorate The House that Dripped Blood? None of the doomed occupants of the 1971 anthology horror film had to worry about that--each inherited the pre-Raphaelite paintings, giant candelabra, and massive library from the last. And, of course, evil. With a nice, mellow campiness, earnest performances from some of the greatest actors of the genre are never quite enough to inspire dread. Even so, this film is a delight.

First up is Denholm Elliot as a horror writer whose murderous fictional character has come to life. Elliot was a master of what might be called "elegant panic". 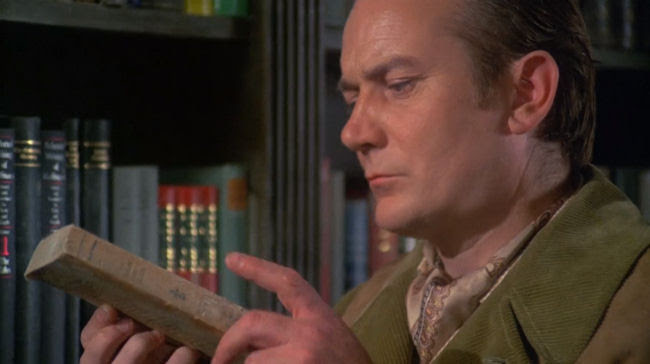 He's so believably afraid but there's always such a gentleness about him that you know at even the greatest extremity of terror he'd hate to put anyone to any trouble over it. 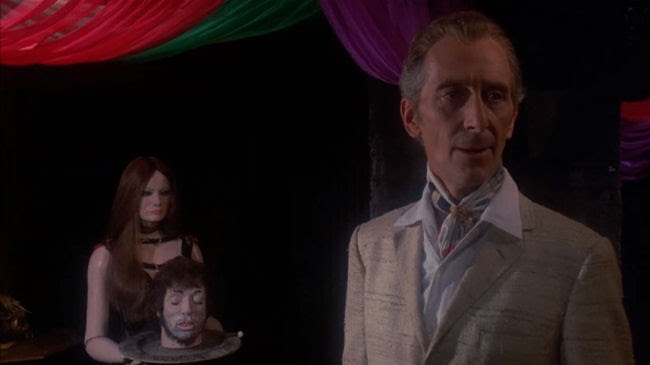 Peter Cushing is only slightly steelier as a man who sees his dead lover's likeness in a nearby wax museum. He's joined by Joss Ackland, who was also in love with the dead woman. 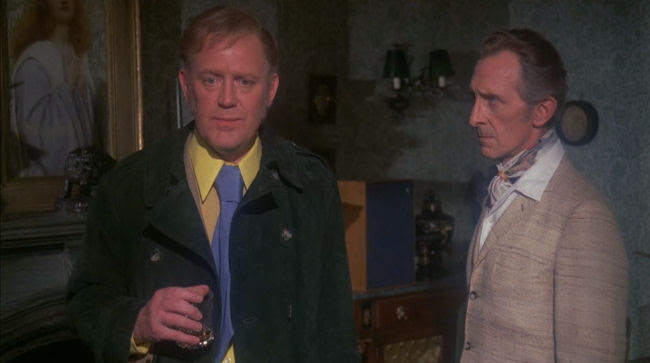 The two play well off each other, both managing the same cursed obsession. Their story is followed by Christopher Lee wearing, as he so often does, a houndstooth sport coat like the pattern was made for him. 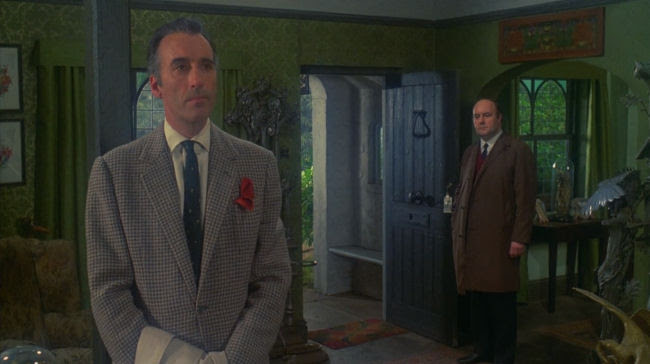 It's hard to believe the tall, stony man could have such a tiny, adorable daughter. 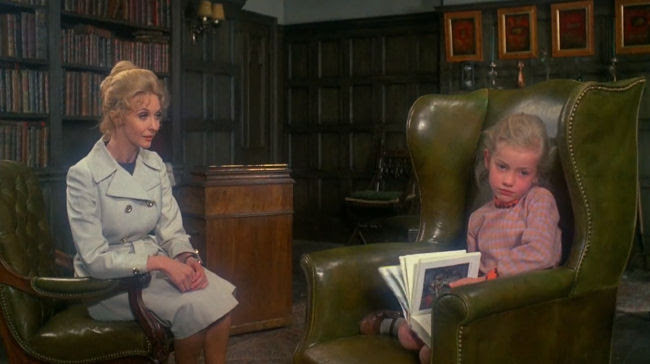 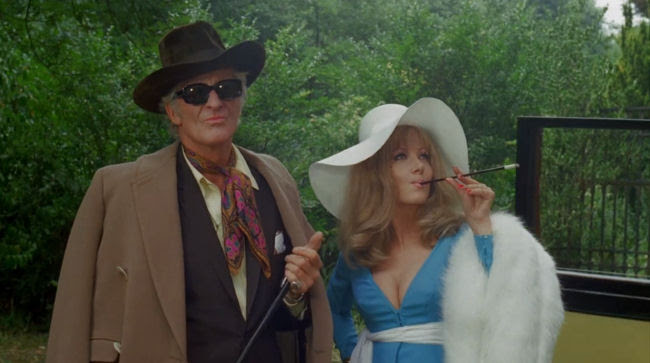 Pitt is so glorious in her small part. I'll always lament that she had so few leading roles. At least in this film she's not dubbed over.

Pertwee plays his part of a man whose new cloak turns him into a vampire with over the top comedic relish. It is a silly story. It makes me smile but the only part that makes me actually laugh is how casually the camera pans up to reveal his massive portrait. 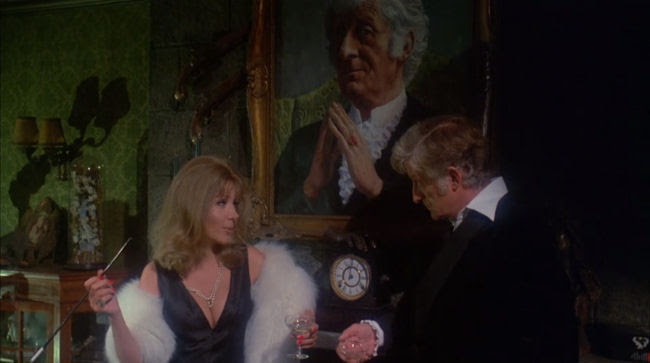 All the stories, written by Robert Bloch, seem to involve something inside the mind of the victim coming true, except perhaps Christopher Lee's story. It's an interesting concept and it's fun to watch these actors bring it to life. And in such a lovely house.

The House that Dripped Blood is available on Amazon Prime.

Posted by Setsuled at 7:02 PM
Email ThisBlogThis!Share to TwitterShare to FacebookShare to Pinterest