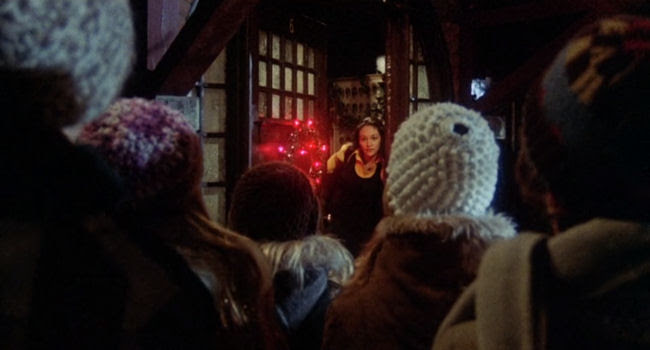 Happy fifth day of Christmas, everyone. As bad as this year was, at least you can probably say you weren't in a sorority being menaced by a serial killer hidden in the attic. 1974's Black Christmas, a classic of the slasher genre, pits a group of attractive, and surprisingly eccentric, college girls against a maniac. Directed by Bob Clark with terrific cinematography by Reginald H. Morris, this is a story that expertly builds tension simply by portraying the characters dealing the gradually increasing horror of their circumstances. 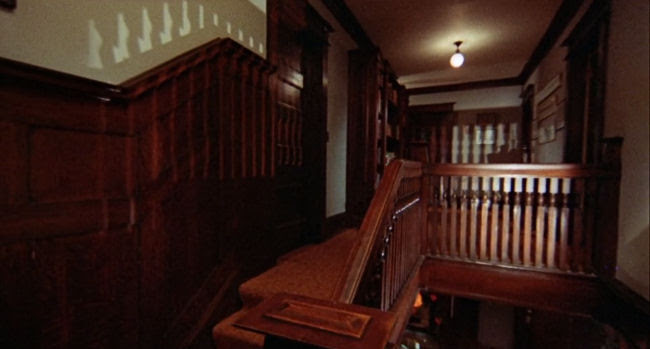 Is it weird I want to live in his house? It's weird, isn't it? I can't help it. The combination of the classic, dark chocolate wood panelling with goofy and lively decoration is put together in a way too beautiful to be truly realistic. 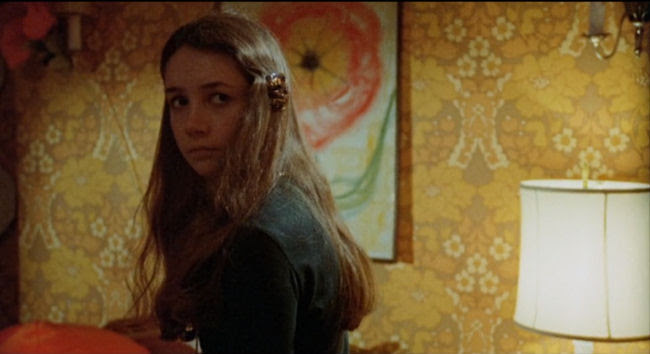 The house is so noisy, as a sorority house might legitimately be, no-one hears the screams of the first victim. And when she's noticed missing the next day, it occurs to no-one her body might be right there in the same house (and when I say noisy I don't mean the curtains). 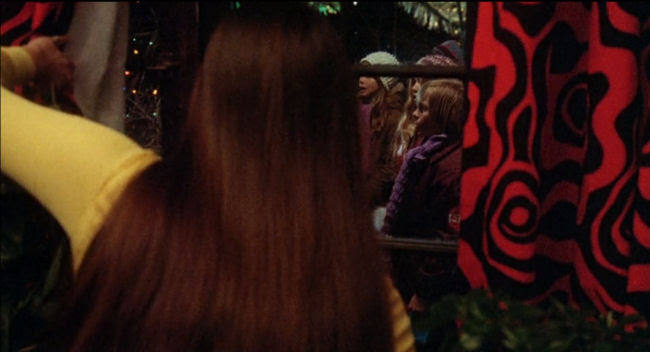 Some might say it's implausible but, if you really think about it, with how busy everyone is with their own issues, it actually feels very authentic. And the house lady is a boozy old dame (Marian Waldman), not exactly an eagle eyed matron--I love this shot of her with a picture of a baby seal discreetly placed in the corner of the screen. 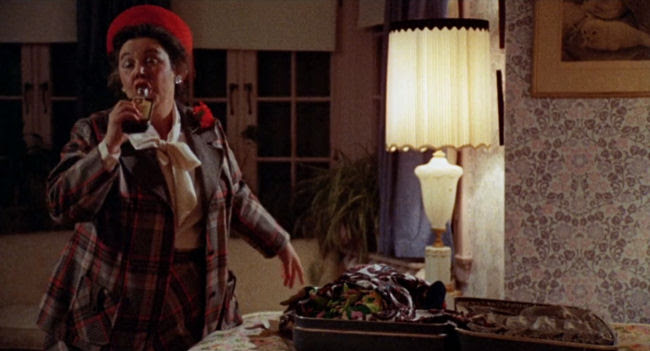 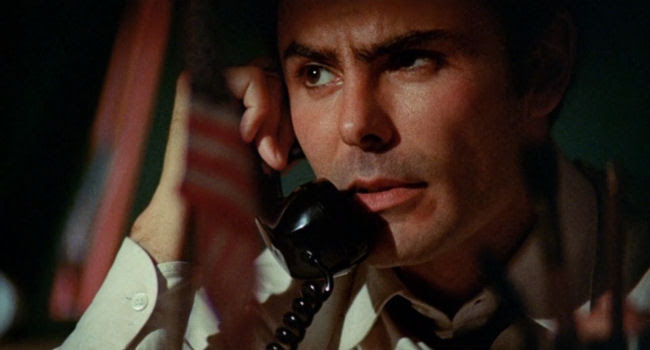 He's got the American flag like an old fashioned hero but, like everything else in the film, the shot's burnished in shadow. And that flag is small, on the same framing layer as a jumble of pencils. 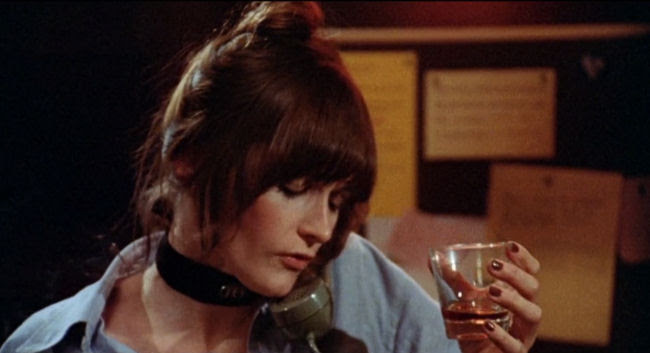 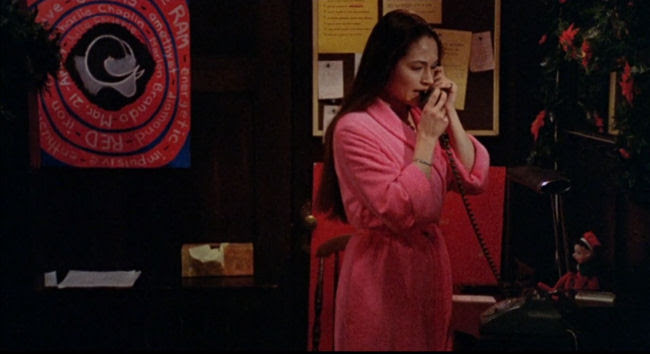 Hussey, meanwhile, is all innocent virtue, despite her main plot involving her desire to get an abortion. Somewhere in the back of any viewer's mind is how the girls' respective sins might make them vulnerable to a bloody demise at the hands of fate. The answer may surprise you, or maybe it won't. It's a good movie in any case.

Black Christmas is available on The Criterion Channel.

The shiny ice reflects another cube.
The water face dissolves for endless rain.
Around the world, the numbers ride the tube.
An easy path provides a waiting train.
The Christmas lights revealed the broken stairs.
A cam'ra flirts behind a veil of snow.
The antlers drew to wives unconscious stares.
Beneath the ice the wires faintly glow.
The fleshy stilts were really ankle deep.
No wonder pinged connexions dropped a fly.
And so, the doubts and lashes batly creep.
A flaky crust constructs the perfect pie.
A million dollar jam rejects the sauce.
A jelly doughnut built a pastry boss.

Posted by Setsuled at 10:11 PM
Email ThisBlogThis!Share to TwitterShare to FacebookShare to Pinterest