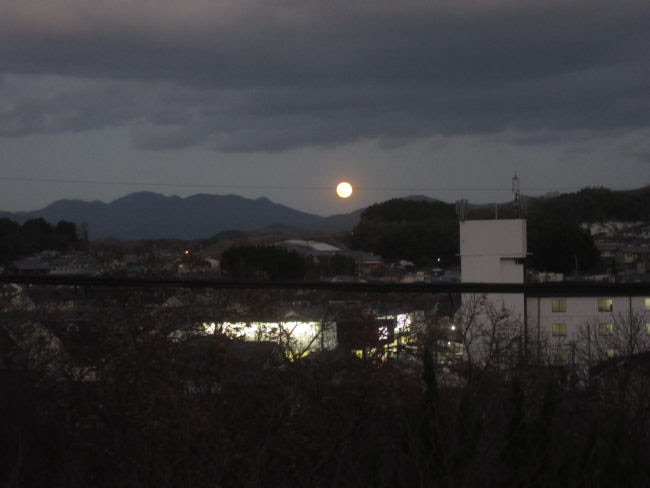 Happy seventh day of Christmas everyone and, also, New Year's Eve. Since New Year is much more important in Japan than Christmas, I thought I'd share something new I'd discovered relating to the holiday. For weeks, I've been seeing these funny little things in all the grocery stores: 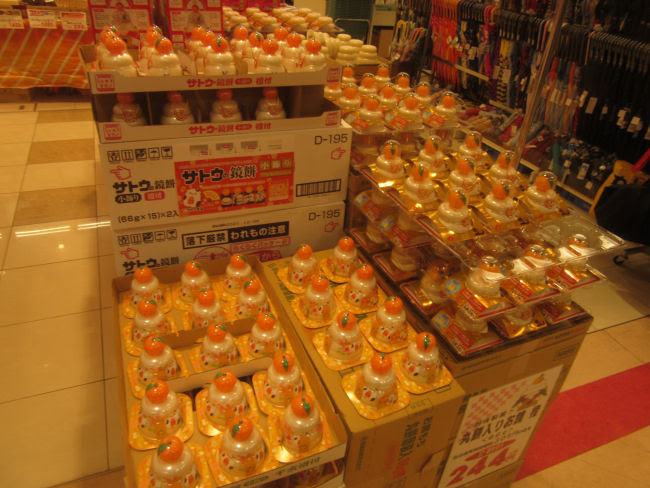 They were all pretty cheap, usually between 128 and 200 yen (just under two dollars) so I bought one. It's a plastic container--the orange is plastic, too--and inside I found two rock hard mochi--mochi being a kind of rice cake. 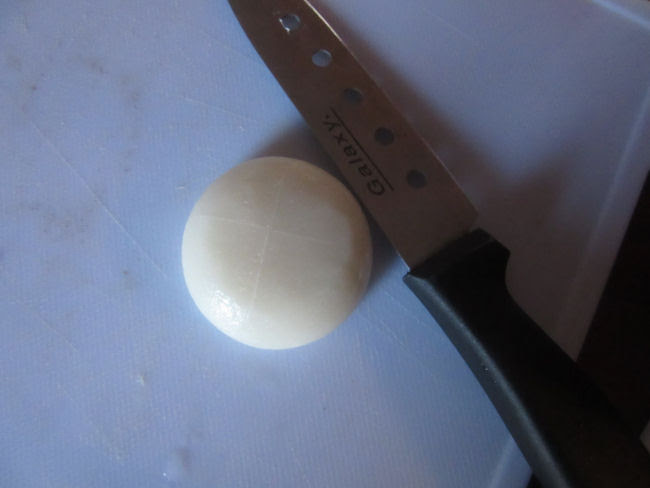 Most of the mochi I've had is soft and pillowy so I didn't know what to do with this. So I put it in the microwave which turned into a gooey mess. An interesting, yet unsatisfying, snack. I mentioned it to some students and they informed me what I had was Kagami mochi and the right way to cook it is to either boil it or grill it. When you boil it, it expands quite a bit and absorbs. Boiled kagami mochi can be had in miso soup. I tried it, it was good.

I next tried grilling in the little toaster oven that came with my conro stove. I cut the mochi into four parts first and they came out looking like toasted marshmallows. They're not as sweet but they're much heartier. I ate them with zenzai, one of their traditional New Year's companions, a very sweet soup made from azuki beans. 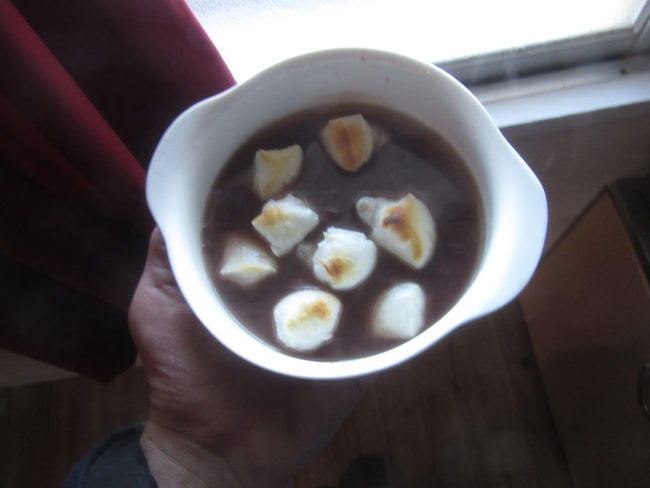 Very tasty, a bit like hot cocoa. A nice thing to have in cold weather.

I still don't know why some of the kagami mochi has a little cow on top instead of an orange. 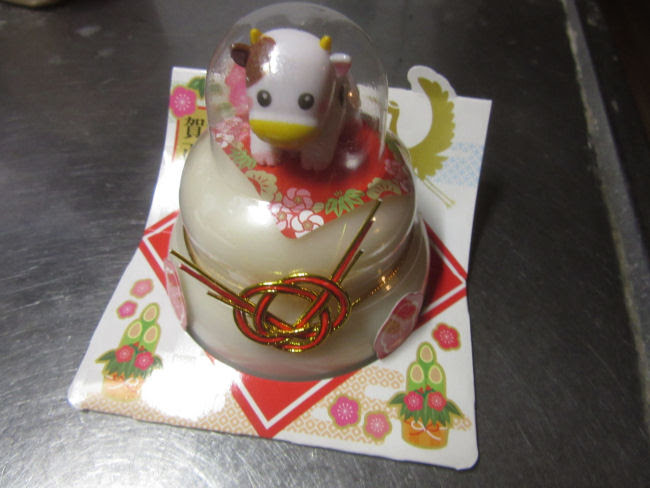 I asked some students and they seemed a little baffled. One of them suggested it's because 2021 is year of the ox. It's a cute little toy, in any case.