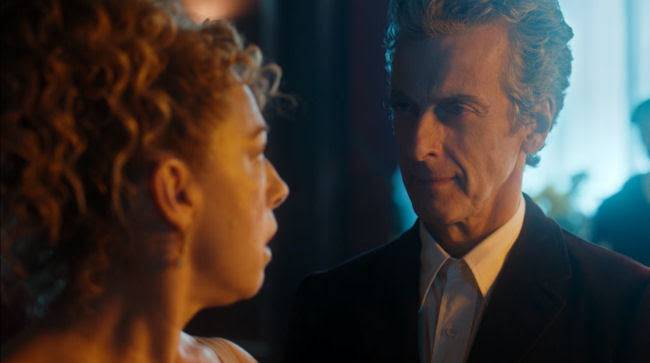 Happy third day of Christmas, everyone. I trust you're all celebrating in your own way. I remembered when Doctor Who celebrated Christmas annually with a Christmas special. Nowadays I suppose the show's too secular though, considering I now I live in a country where Christmas is popular despite only one percent of the population being Christian, that seems a bit silly. But I could say that about most of the robot brained decisions of the new seasons.

Anyway. Five short years ago, the Doctor Who Christmas special was also the last to feature the character of River Song (Alex Kingston), whose first episode it was with the Twelfth Doctor (Peter Capaldi). Amusingly, she doesn't recognise him, despite carrying pictures of all the other Doctors with her because, as she said back when she met the Eleventh Doctor, she needed a "spotter's guide". Intriguingly, she has no pictures of the hundreds of Doctors prior to Hartnell who we were told about in the latest season, I suppose because no-one thought we'd have a piece of massively revisionist canon presented as the whole raison d'etre of a season finale instead of character or story. It sure is hard to talk about an older episode without being reminded how dumb the new episodes are. 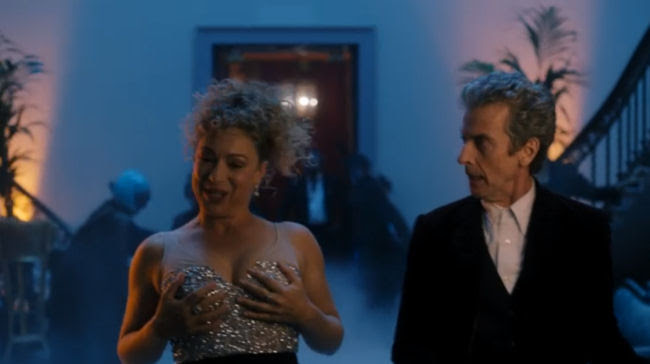 Which is not to say the older series is perfect. "The Husbands of River Song", the episode I'm talking about, definitely feels like it came from writer Steven Moffat's pen when he was massively overworked. It's a cobbled together, zany mess of big ideas--flying saucer, intergalactic king with detachable head, luxury space cruise for mass murderers--it's all a bit like a fever dream you might have after reading Hitchhiker's Guide to the Galaxy. Yet the episode is my second favourite River Song story, after her first story ("Silence in the Library"/"Forest of the Dead") entirely because Alex Kingston and Peter Capaldi have all the chemistry she and Matt Smith never had. 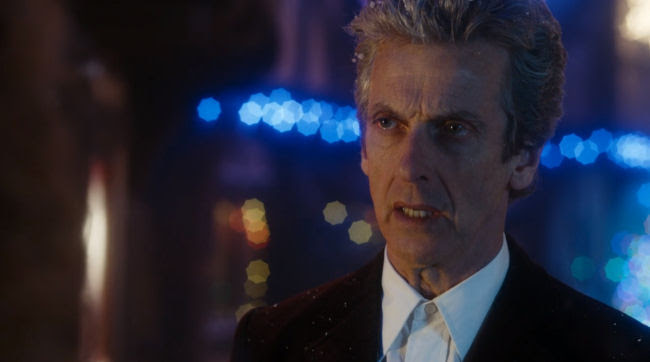 I love how her not recognising him goes from funny to a bit sad, entirely due to Capaldi's reactions. He could convey so much with so little. I also love the big Christmas arbour he has for her at the end of the episode.

I wish so much wasn't explained in their final dialogue, though. It doesn't quite gel with what we know happens later. But it's sweet watching them together. There's a sense of epiphany about it, like this is the first time River truly meets the Doctor.

Posted by Setsuled at 8:56 PM
Email ThisBlogThis!Share to TwitterShare to FacebookShare to Pinterest