Brought to You by 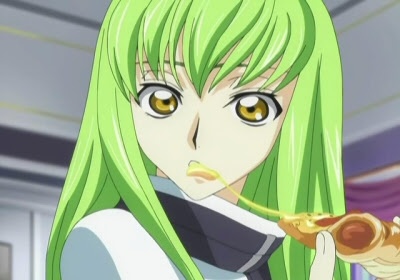 The white cat followed me to the mailbox.
Never count out the Anthony Perkins.
From 1960 he still fucking rocks.
Cleans up better than a pack of napkins.
An apple followed me to a movie.
Star Trek starts out working maybe too hard.
But a green broad always makes things groovy.
I must say I still miss Captain Picard.
A barista followed me to coffee.
A duck led me home from a great Greek lunch.
Spinach, rice, vinegar cacophony.
Not sure what I ate but I ate a bunch.
Tried to sleep early and fell asleep late.
A dream alien essays to gestate.

I thought I was tired at 4am, but I was filled with energy the moment my head hit the pillow. Whatever subject came to mind, my brain wheels would spin incessantly on it. I had a bunch of ideas for my comic I won't be able to implement for five chapters, assuming I still like them when I review them on a day where I'm rested. And I thought about the other project I'm working on.

I slept in brief segments until I gave up at around 1:30pm. Normally I just keep trying to sleep until I get it right, no matter how late that means I finally sleep to, which is how I end up with my messed up sleeping schedule. But I'm making a real attempt to be up during the day right now for good reasons I can't think of right now.

I tend to remember my dreams pretty easily whenever I sleep like this, but they're all pretty short. I had one to-day wherein I dreamt my bed was on the other side of the room and I was woken by a young, pale, German man scratching on the door, opening it a crack. I remember fighting through sleep paralysis to ask, "What . . . what are you doing . . . What do you think you're doing?" repeating it and reiterating it several times because I never felt confident he could hear me. He finally glared at me and replied, "I'm just a carpenter."

I also dreamt about travelling through Etrepaen Forest (a forest in the world Venia's Travels takes place in) and finding some people were cutting down trees in order to make a freeway--they already had a city made entirely of roads which I looked at from above. It was like a big asphalt square with lines painted on its surface and a few cars were driving back and forth on it. They looked like large versions of the plastic cars that come with the Life board game.

Yesterday, I discovered my collection of mp3s and flacs were taking up fifty six gigabytes on my hard drive. There are only around five thousand songs on my playlist, which might not seem like enough to be taking up so much space, but those flac files are pretty big. I freed up nearly four gigs already by moving Der Ring des Nibelungen to disk. I still have a folder of highlights from the opera, which was the only one I included in my playlist anyway.

It's so rare to find a good anime series anymore. I watched the twelfth and final episode of Maria Holic yesterday, which wasn't hugely impressive, but wonderful to look at and nicely perverted. I watched the first episode again with breakfast to-day and enjoyed it a little more than I remembered--maybe I won't get so caught up in the visuals this time and I'll pay better attention to what's going on.

I've also been rewatching Code Geass kind of sporadically. To-day I watched the sixth episode of the first season, which, despite having a goofy bit where a cat steals Zero's helmet, is actually better than I remember. It featured one of the many adorable shots of C.C. eating Pizza Hut pizza--a rather conspicuous bit of product placement I somehow don't mind very much. But I was reminded about the Nokia phone Kirk used in the new Star Trek movie. Product placement in a Star Trek movie is somehow incredibly depressing. Nothing compromises the dream of a socialist utopia like an advertisement.