The Dish Ran Away from the Spoon

Best to avoid spawning where you might die.
Though just three nukes could spoil the whole world.
About survival, video games lie.
But koopa shells are lethal when they're hurled.
Can't seem to get out of the Orc city.
Warcraft beats me by my poor direction.
Of game worlds I'm Ryoga Hibiki.
Guess I'm content with quest dereliction.
I celebrate chocolate covered altoids.
Good restaurants are covered with paint and signs.
Boring haunted houses hide their androids.
With bare circuits a robot really shines.
Somewhere under my oatmeal is a bowl.
Much like the plain, healthy paste on my soul.

I went downtown for lunch yesterday. I walked six blocks from Horton Plaza mall to Pokez, the best Mexican restaurant in the county.

I can't remember ever being asked for a cigarette as many times as I was yesterday. One guy offered to trade a bag of weed for a cigarette. I guess that says something about which is the more addictive drug.

A bearded old man pushing a shopping cart and wrapped in miscellaneous dingy clothes also asked me if I had a cigarette. "Sorry," I said. "I can spare some change, though."

"Okay," he said. Then he added, as I handed him the quarters from my pocket, "I'm not a bum. I know what I look like, but I'm not a bum. I got in a car accident and broke my arm."

A few blocks later, a young man, who looked about my age, came up to me and said, "Man, I don't mean you any disrespect or anything and I'm not asking for money. I just wondered if you could buy me a sandwich."

"Okay," he said and I kept walking. Thinking back, though, I felt really bad--I could've bought that guy a sandwich. Why not? I think I only turned him down because I'd been approached by so many people yesterday it was getting to be a reflex. I felt like a real asshole when I got back to the mall and bought a coffee. 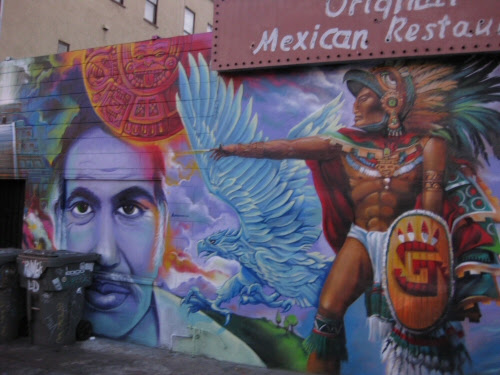 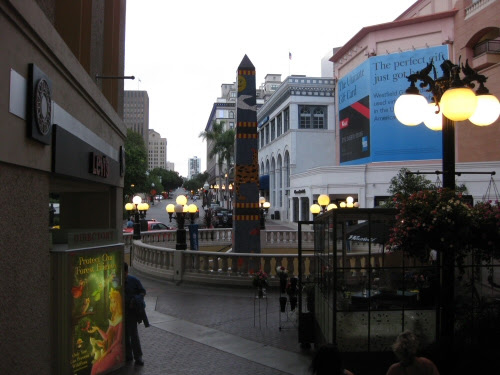 Some manner of totem obelisk erected at the mall. 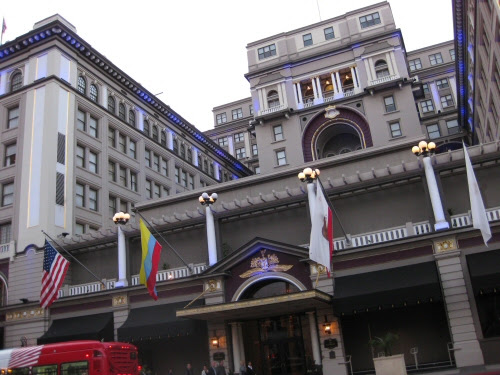 Extremely important hotel across from the mall. I guess. 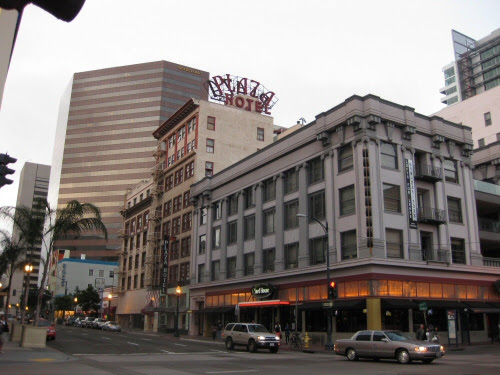 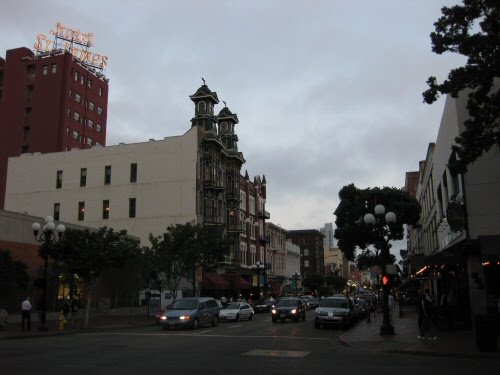 That facade is a tad undermined. 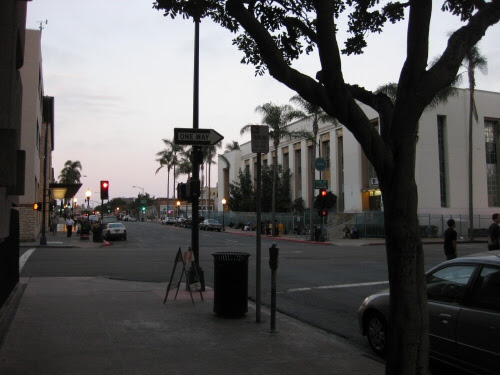 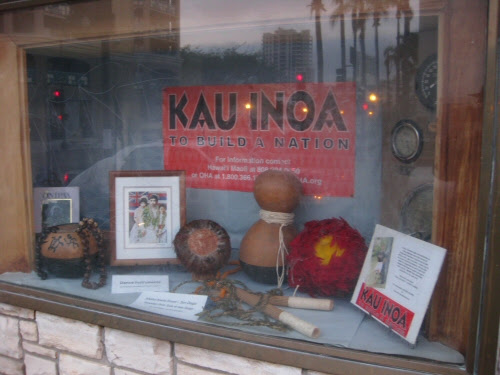 A display at the library. I couldn't hang around long--the stench of urine was overwhelming. 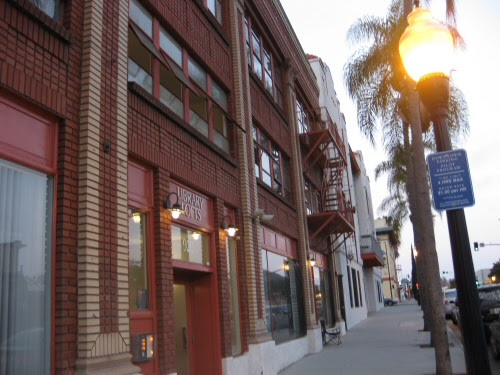 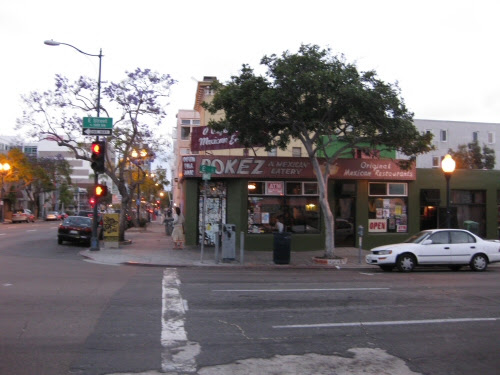 The best Mexican restaurant in the county. There were two "open" signs in the windows and one "closed" sign. 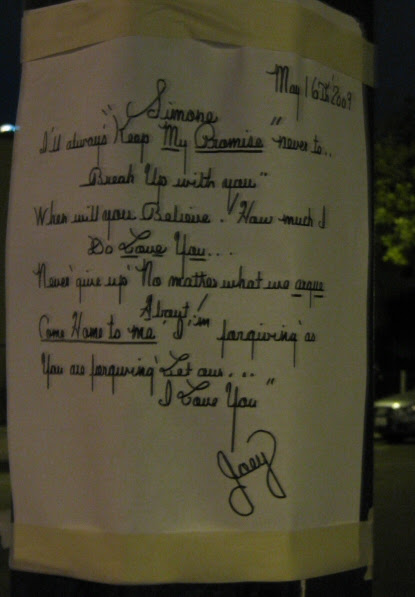 I saw this taped to a stop light. It really is a sad world we live in. 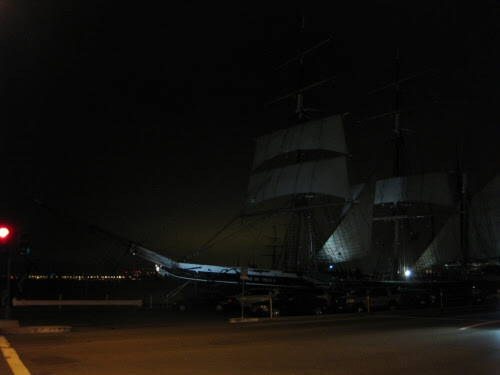 The Star of India, according to a brochure I picked up, was built in 1863 and "is the oldest ship in the world that still maintains a regular sailing schedule." 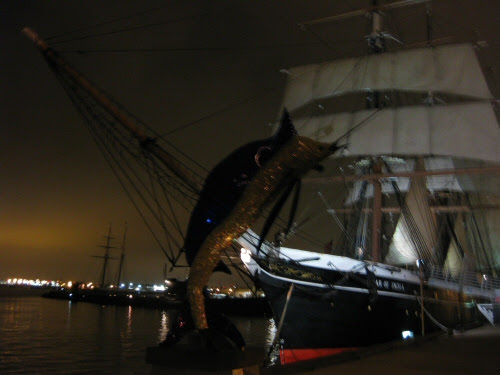 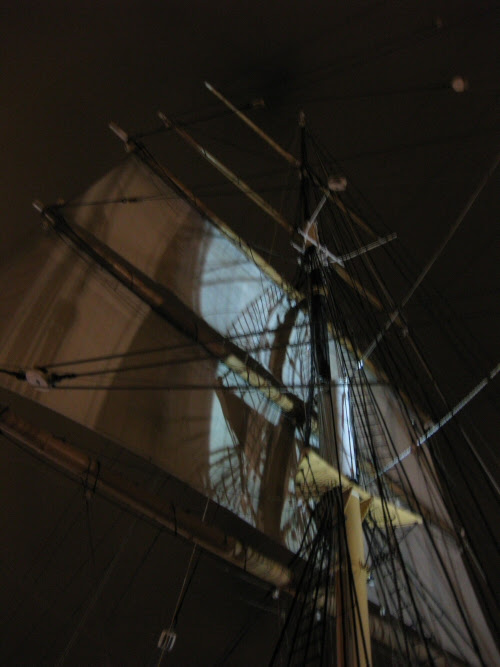 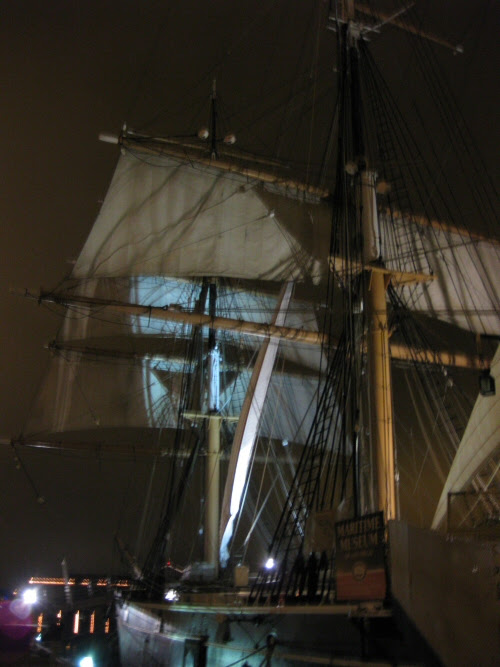 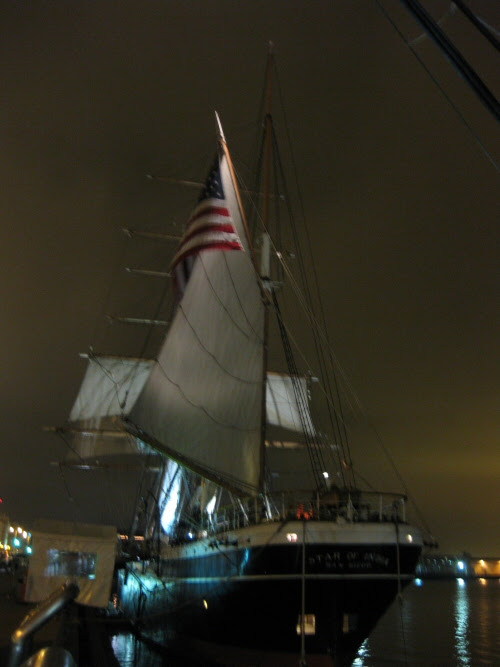 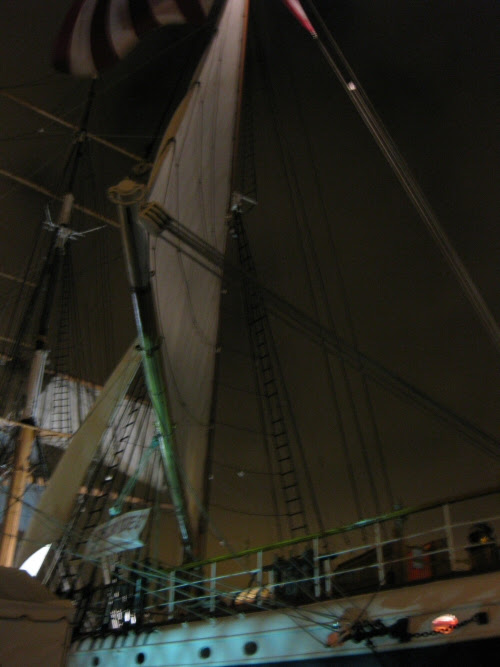 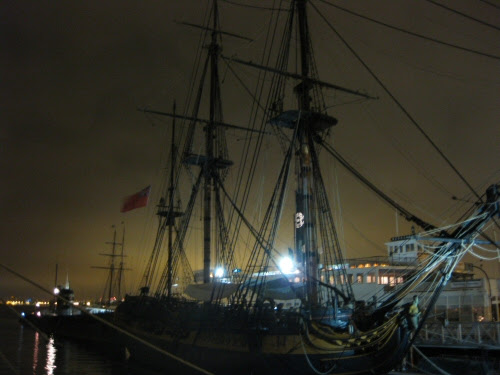 The Californian, docked next to Star of India, is a replica of a schooner that operated in the 1850s. 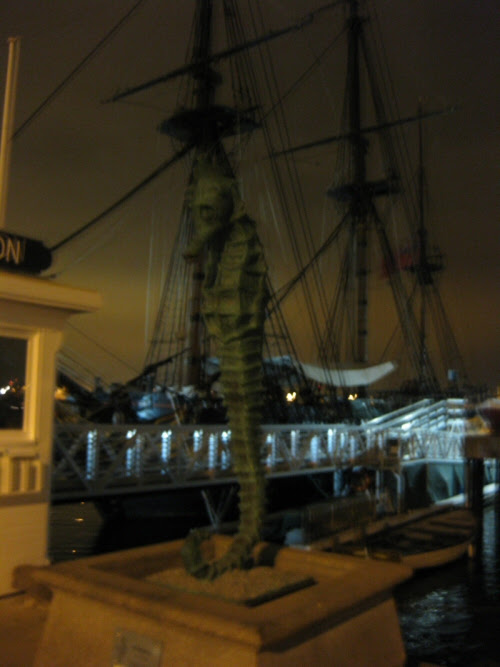 So many blurry photographs--I took a lot more that came out a lot worse. It was frustrating as I stood there fiddling with exposure and other settings a long time, taking multiple versions of every picture. It's probably because of all the bright lights everywhere.
Posted by Setsuled at 4:45 PM
Email ThisBlogThis!Share to TwitterShare to FacebookShare to Pinterest