What do you suppose Alfred Hitchcock would make of this? 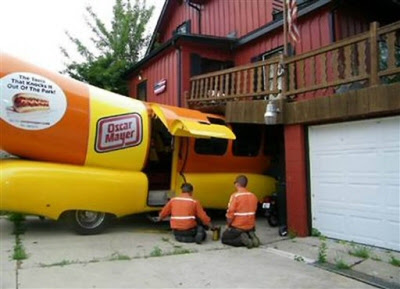 Those guys look like they're praying. Maybe every day they have to kneel and pray facing the wiener.

I ended up not walking to Tim's yesterday because I couldn't get him on the phone--I'm walking there to-day. So I ended up just working on my comic yesterday--I've got four pages finished and I've already pencilled one to-day. I'll ink it when I get back from Tim's, so I'm not doing so bad. It's a shame I don't have Howard Stern to listen to while I ink and colour though, and no new DVD commentaries. I'll probably end up listening to The Bell Jar again. I do have a lot of Lenny Bruce to listen to, too.

I signed on to World of Warcraft very briefly last night looking for Tim. I found an item I'd put up for auction on Monday had sold for 150 gold. It was some kind of leather cuirass much weaker than what I'm wearing but Tim told me it was very valuable because it was the sort people used for "twinking", a concept Tim explained to me but which I still completely don't comprehend. It had something to do with "level brackets". Anyway, that's a hell of a lot of gold for something I have no use for. If this were Warcraft II, I could build some farms now. Maybe even a watchtower.

It's too bad I can't make money like that from my old shirts in real life.

Feline suits withhold sleep in a briefcase.
Someone's got to negotiate with them.
My lack of REM is infecting the base.
Let Keith David or Wilford Brimley in.

Little reference to John Carpenter's The Thing for the ultra hip out there.

The spider in my bathroom last night; 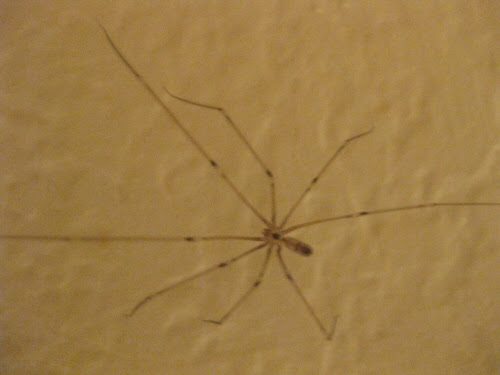