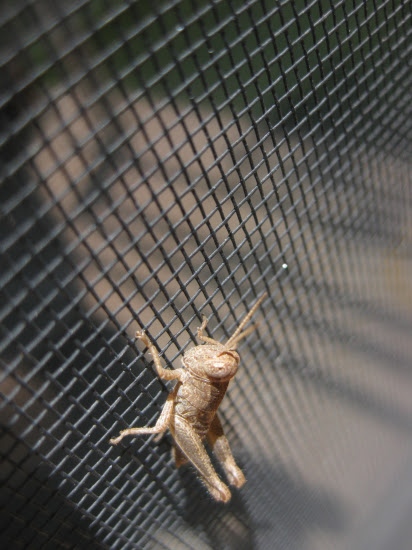 A smiling blimp sags onto a bowler.
Hamburger buns fall into dark matter.
Sausages balance on a small molar.
The waiter's a lobotomised adder.
Breadsticks are for those with valid ID.
And you're the same person throughout the mall.
Lactated showers can leave you dirty.
But most nipples contain no milk at all.
Hidden frogs conjure a big shadow duck.
Enchanted Wal-Mart slumbers under moss.
The cheap socks spill from a fallen freight truck.
Masked wrestler mercenary laughs for Ross.
Paper CEOs wear graphite smiles.
Scrabble words won't succumb to spam wiles.

Yesterday I received an e-mail from "Bill Gate" telling me I'd been approved for a several million dollar loan. Lately, I'm more amused by this ad that seems to be turning up everywhere;

The slightly mussed hair, the flared nostrils. She'll tell you all about this unbiased consumer report while you lie gasping together on the rug. How in the world did this assured slave to physical passion end up on this legitimate news report? You're of course attracted to her, and you want to know what makes her tick, just as you know you can trust the veracity of this news report. We live in a world of truth.

Actually, I think she looks like a young Nancy Grace, which immediately threatens to pull my lunch up my throat.

The weather feels like Miig'Jaiach to-day--totally overcast, but very hot outside. It's weird.

Here's a tiny grasshopper who was on the kitchen window screen while I made breakfast; 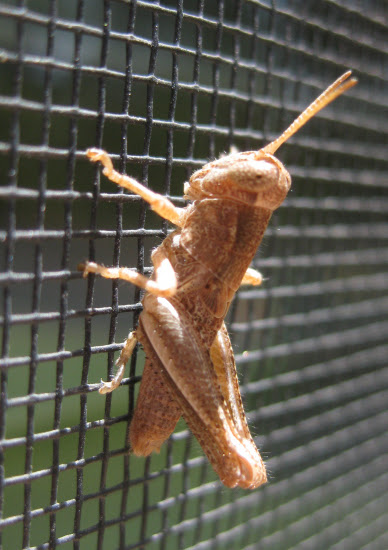 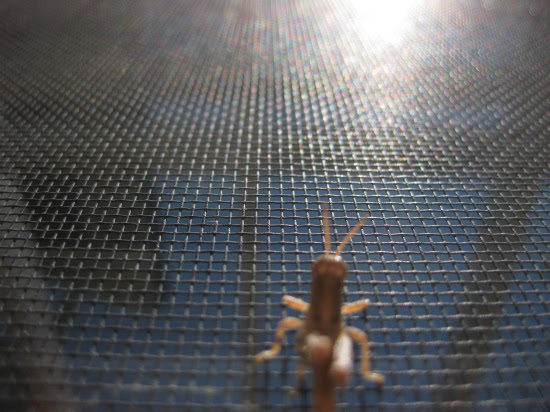