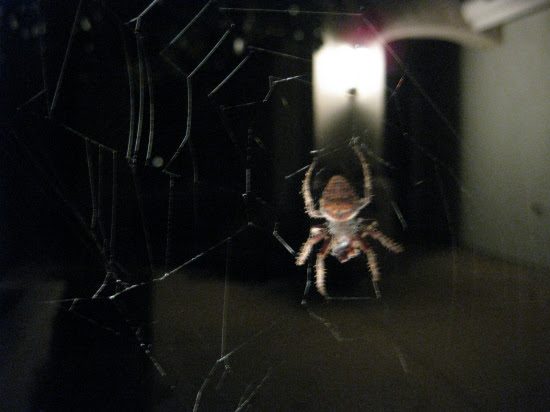 I thought the spiders were done with their yearly gallery outside as I hadn't seen any in some time, but last night when I walked out the door I not only found four fresh webs, but also what was easily the largest of these spiders I've seen. I noticed it from a distance--it was maybe half the size of a mouse, and had lost its bright orange colouring, its exoskeleton instead now a hardy, dusty brown. I really wish I knew what kind of spider these things are.

Here's a picture of me behind it for some sense of scale; 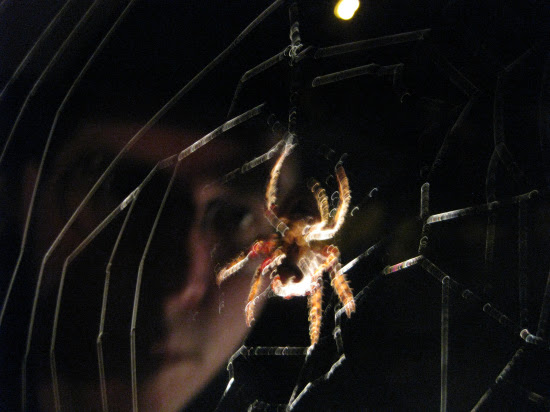 If it hadn't come out so blurry, I'd be using it as a profile picture now. But my hands are unsteady as it is, and here I was reaching around the web, sort of hugging it, and holding the flashlight with my other hand. 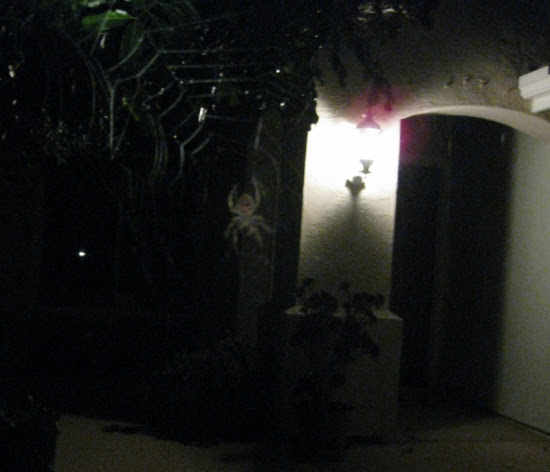 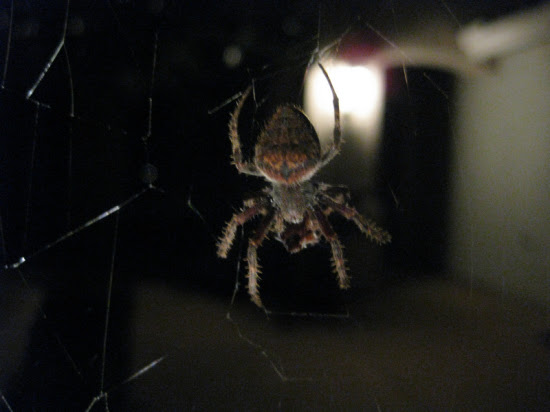 When I got back from the grocery store, she'd dismantled most of her web and was retreating up into the tree with her bloody bounty. 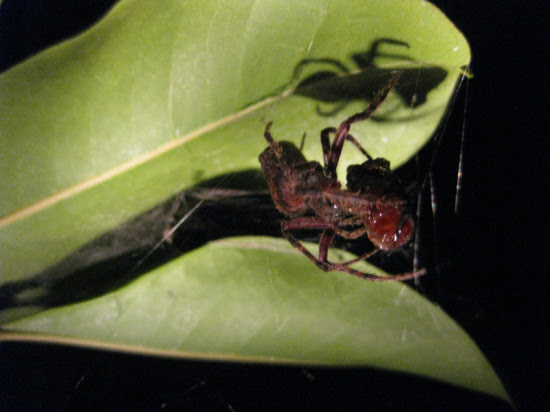 Music is from Jerry Goldsmith's score for Ridley Scott's Legend.

I felt the 5.4 earthquake while I was at the dentist's office to-day. Fortunately, it was after the dentist had finished with scraper, needle, and sander. I was giving all sorts of anaesthetic, so I didn't feel much pain. I just kind of dreamily watched tooth dust floating up before me like something out of Eraserhead.

I only had the right side of my maxilla done to-day, which means four more trips until the "deep cleaning" phase is over. I have another appointment to-morrow, which means two days of trying to figure out how to subsist on cold, soft foods. So far to-day I've had cappuccino flavoured frozen yoghurt and I ate a coffee smoothie with a spoon. I had in the smoothie something the shop called the "3G boost", which contained an additional 120 mg of caffeine. It's difficult making up for a simple cup of black coffee.

I'm thinking I may try picking up some tofu. If anyone has any suggestions for something cold, filling, and easy to make, I'd appreciate it.
Posted by Setsuled at 8:40 PM
Email ThisBlogThis!Share to TwitterShare to FacebookShare to Pinterest