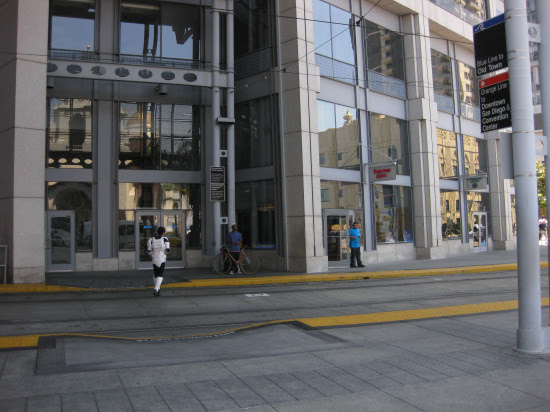 Saturday was the day I couldn't buy a pass for at Comic-Con because it was sold out by November. For this reason, I made sure to buy a four day pass for 2011 on site this year.

Those who don't have passes for Comic-Con have the option of volunteering for work, which is what Amee did for the entire Con. Halfway there on the trolley that morning, I started feeling sick and I got off the trolley at Fashion Valley mall, telling Amee to go on ahead without me so that she could be on time for the assignment she'd gotten the day before.

I felt better as I walked around Fashion Valley, and started getting irritated with myself for what seemed to me another imaginary sickness. I felt like it was starting to control me. Fashion Valley has a Tiffany and Co. Jewellery store, so I bought an apple danish and had breakfast at the Tiffany's storefront, building up my resolve.

When I got to the convention centre and went to the desk for an assignment, the woman told me there were none left that day and that she'd assign me one for Sunday. "But I paid for Sunday," I said.

"Then goodbye," she said, and just like that I got a free pass for Saturday. I'd like to thank Holly Golightly. 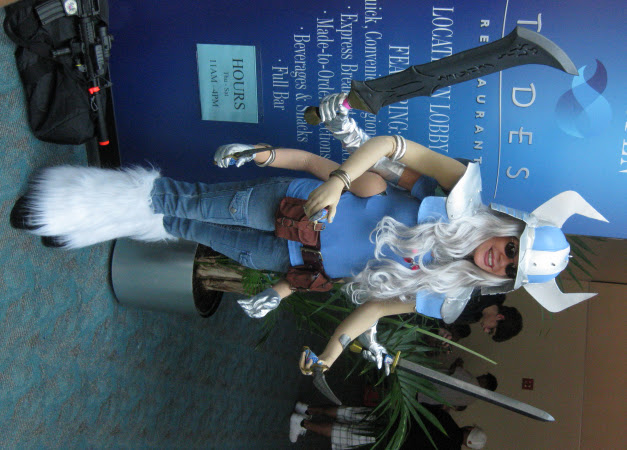 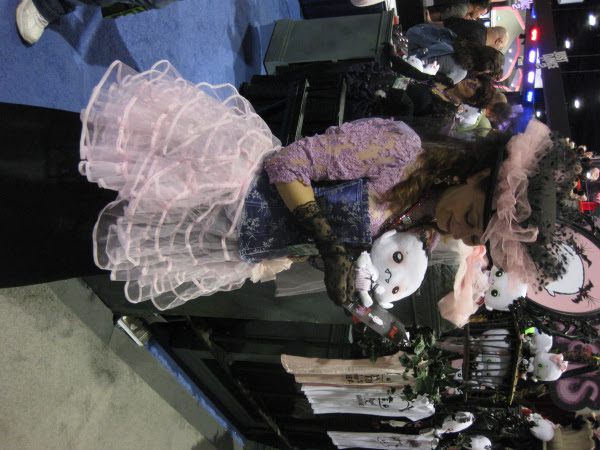 Upstairs, I ran into a great Rei Ayanami cosplayer who was wearing red contact lenses; 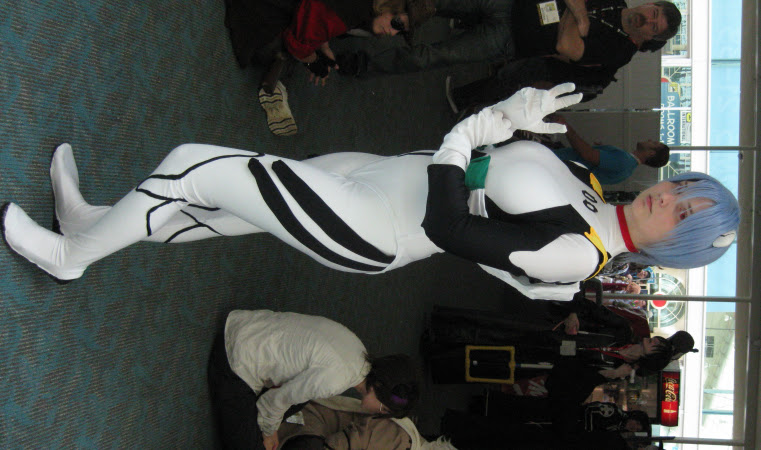 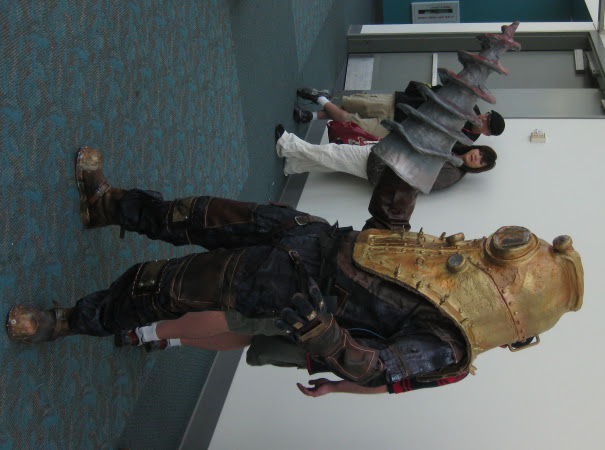 I'm not sure who this guy is, but a lot of people seemed impressed by him, so I took a picture. 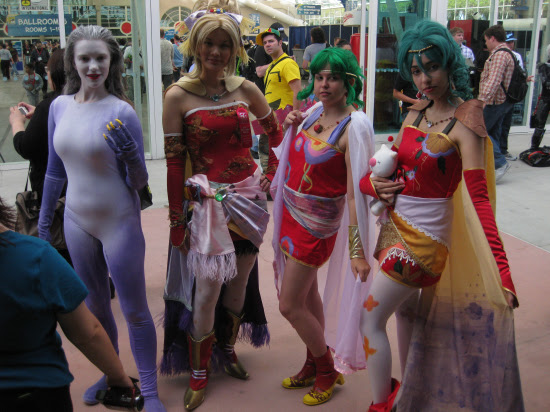 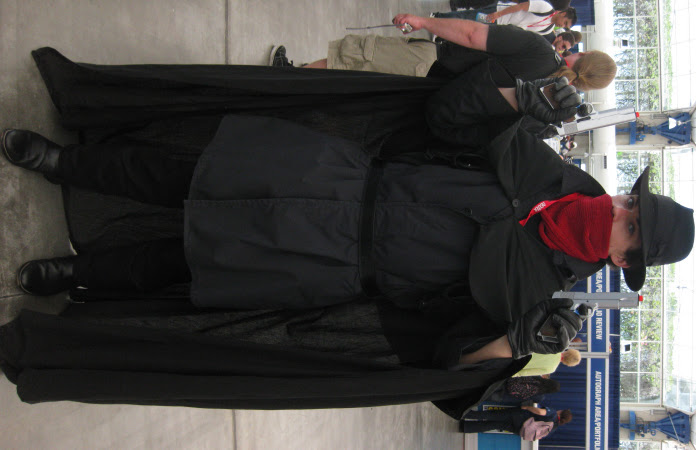 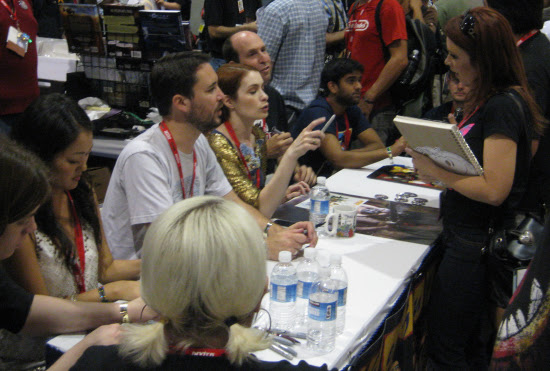 The cast of The Guild. I still haven't watched more than one episode, but it seems like a good series. 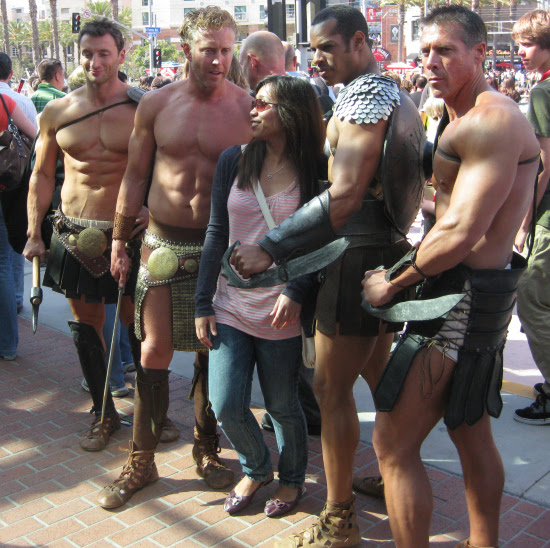 Nice to know there are more things than Twilight at the Con for straight women and gay men.

I saw two panels in the same room on Saturday night. The first was the Cartoon Network panel, which was mainly boring Ben 10 shit and shows that are essentially Ben 10 until Genndy Tartakovsky took the stage to discuss his newest series, Sym-Bionic Titan;

The clips he showed us were really beautiful. The only clip of the show on YouTube is good, but really doesn't capture a lot of what's integral to the show.

After this, I saw Ray Bradbury. He repeated a lot of the same things he said last year about the importance of love and living in the present. Some of the new ground covered in this footage has to do with Rod Serling, Mel Gibson, and the mall;

Breadsticks have shifted the soup rotation.
Coffee striped water swirls in pink funnel.
Negative space brains sow grain destruction.
The white truck has a small forward kennel.
A grey plane spooks an equine silhouette.
Messages jumble up window edges.
Winding up the glass is blushing numb sweat.
Truth splinters for what a joke alleges.
A word confines a man with a back brace.
Milk canals stretch on an old rubber band.
Off blue and white walls ricochets the ace.
Small dry grains run in open veins like sand.
Winnowed stars clatter about the skillet.
Pawns camped in the ravine dine on millet.
Posted by Setsuled at 5:22 PM
Email ThisBlogThis!Share to TwitterShare to FacebookShare to Pinterest