The World is Full of Crashing Caterpillars 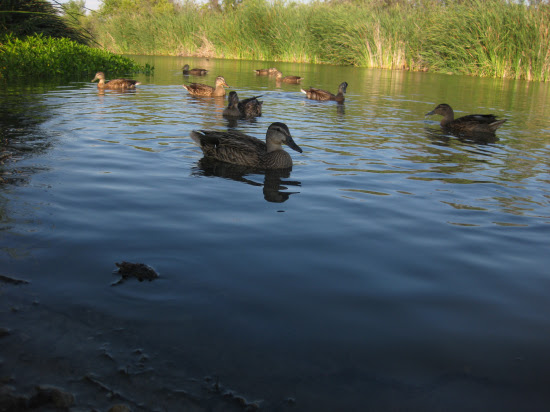 My energy, patience, stamina, what have you, are at kind of an all time low to-day. I'm irritable, not even for any really clear reason. I've this impression of belligerent nitwits swarming all over the place. I just parked my car behind a jeep with a bumper sticker that said, "Annoy a Liberal; Succeed, Work, Be Happy." I feel like circumstances are constantly trying to fit me into the role of Punch or Judy.

I went to feed the ducks again yesterday--I had a huge stack of flatbread that went bad when I couldn't chew much last week. There was a young couple and their kids there, and the ducks were never willing to get very close to me--I had a feeling the two little boys had been pestering them. When they saw me sitting there, feeding them, they started throwing rocks passive aggressively near the ducks. The younger boy picked up one of the pieces of bread on the ground the ducks hadn't noticed and threw it out at them.

So, I thought, maybe they just wish they had bread too. "You want some bread?" I asked them, "I have plenty."

"No, we already did that," mumbled the older one, maybe around ten. They both had angry expressions on their faces and didn't talk otherwise. When the group left, I heard the mother saying, in a mocking tone, "Feeding ducks? That's pretty hardcore." I feel more and more these days it would take a Herculean effort to find an activity that wouldn't annoy someone, somewhere.

I noticed a caterpillar amongst the ducks, hurrying towards the water for some reason. 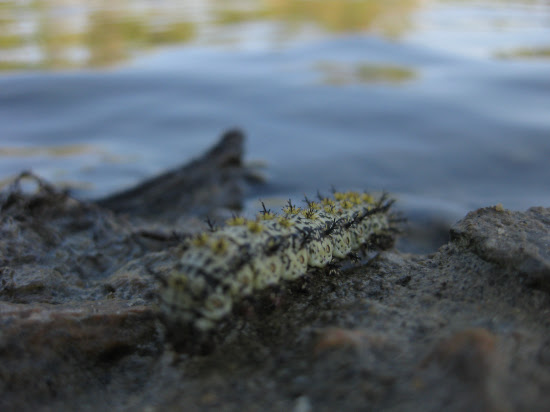 One of the ducks did step on it, at which point it curled up and stopped moving. But once I ran out of bread and the ducks cleared out, the caterpillar started off towards the water again. 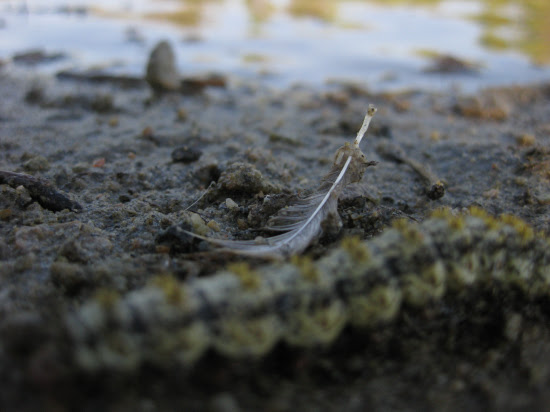 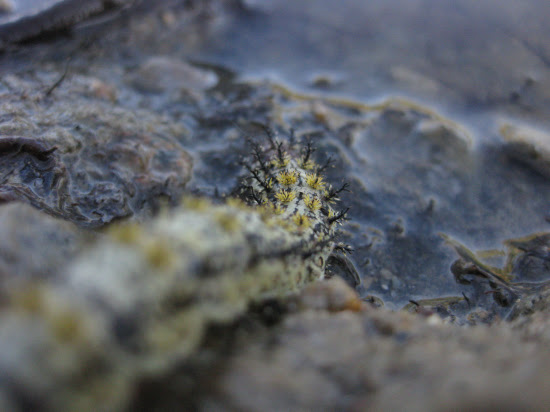 When it found the water, it immediately turned around. I still have no idea what these things are searching for. Though I think I may be a little closer to figuring out what kind of butterfly they're going to be--I still have my browser set to load a random Wikipedia page as a home page, and yesterday it opened with the entry on the Painted Lady butterfly, and the pictures of its larval form look pretty close to the caterpillars that have been mobbing this area lately. If they're not Painted Ladies, I suspect they're something very close. 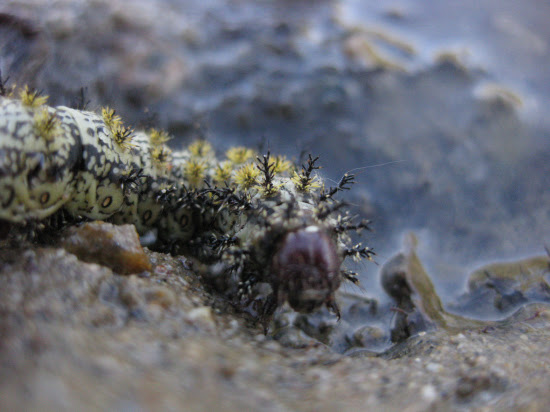 On the way back, I saw this insect--I guess it's a beetle of some kind. I can't remember having seen another like it around here before. 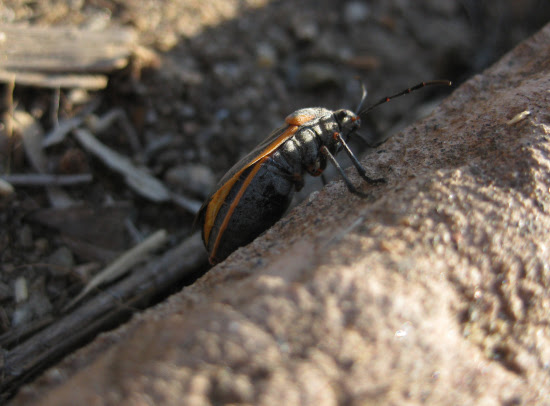 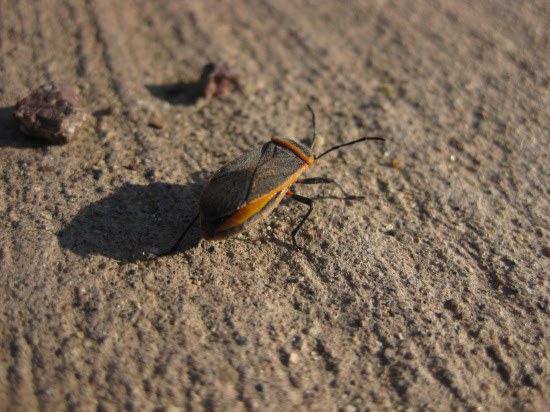 Posted by Setsuled at 9:01 PM
Email ThisBlogThis!Share to TwitterShare to FacebookShare to Pinterest