If you Google racial slur right now the third item is a story on Mel Gibson. The forth item is a picture of Gibson. I'm still getting puerile delight out of this story, though the fact that he hit his wife--while she was holding a baby, no less--I just find disturbing and sickening.

I had zombie ostriches in my dream last night, fighting Bill and Ted from Bill and Ted's Excellent Adventure. The dream may have been inspired by the episode of High School of the Dead I watched a couple days ago (though it contained no ostriches or 80s slacker caricatures). Every now and then, I like to just watch one of the new series that are popular downloads on Tokyo Toshokan without reading anything about it first. The title kind of drew me, though, as an apparent George Romero reference.

The show did feature a somewhat interesting infusion of zombie movie cliches--a small group of people barricading themselves in a building, one them getting bitten, the tension as the others start to realise the bitten guy is changing--in the context of standard modern anime cliches--repressed high school romance, socially awkward male lead with several beautiful female admirers. And, of course, fanservice--extremely aggressive and uninhibited fanservice. A fight between a young woman and a zombie is supplemented by several shots reassuring the audience as to the status of her panties throughout. 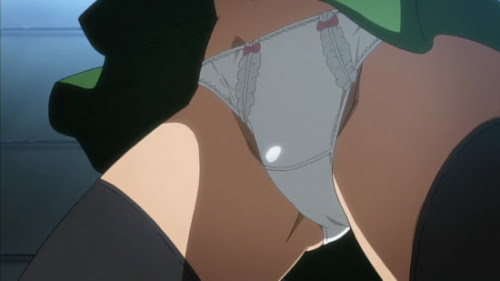 There are people who consider fanservice sexist by nature--I don't see anything demeaning about sexualising the human body. Though I do prefer fanservice that helps develop the characters or story in some way--the pacing of High School of the Dead is somewhat hampered by the editing which seems to have a doglike obsession with crotches, which is characteristic of the somewhat desperate state of anime to-day. But the show completely lost me when the male lead punched one of the girls to shut her up.

In a more positive use of fanservice, I did forget to mention yesterday that "The Dominators" featured Zoe's hard nipples; 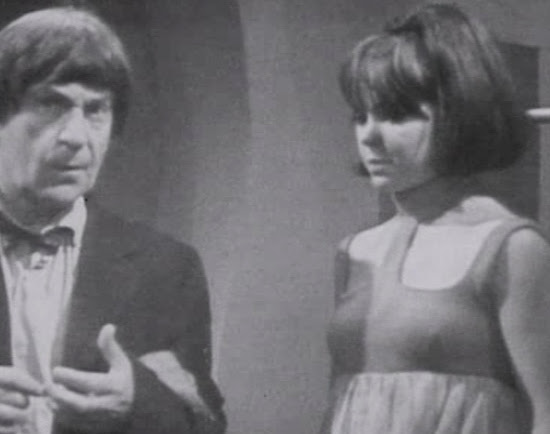 So far I'm liking Zoe quite a bit--"The Dominators" being the first Doctor Who serial I've seen to feature her--though she is remarkably well preserved for twenty one; 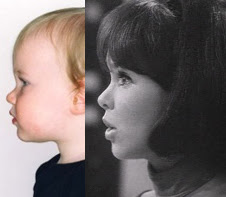 Posted by Setsuled at 6:13 PM
Email ThisBlogThis!Share to TwitterShare to FacebookShare to Pinterest