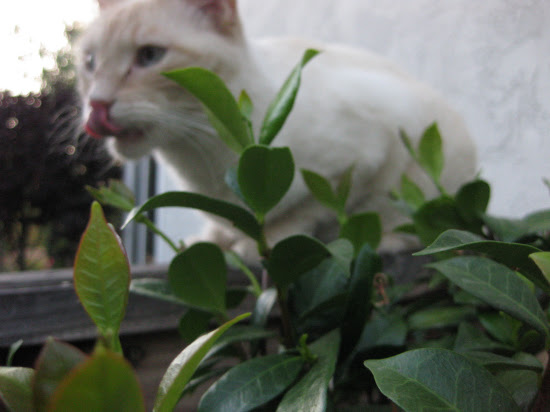 I have a huge backlog of pictures not necessarily related to Comic-Con, some of the best of which I'll post now. 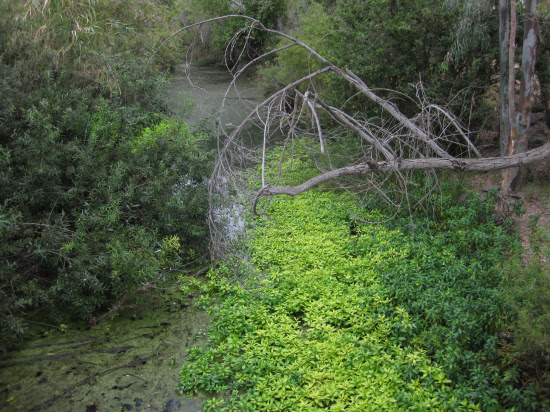 This is a pretty little river I walked across to get to the smaller convention centre to pick up my badge on Wednesday before the Con. It provides a path between the mall and hotel. 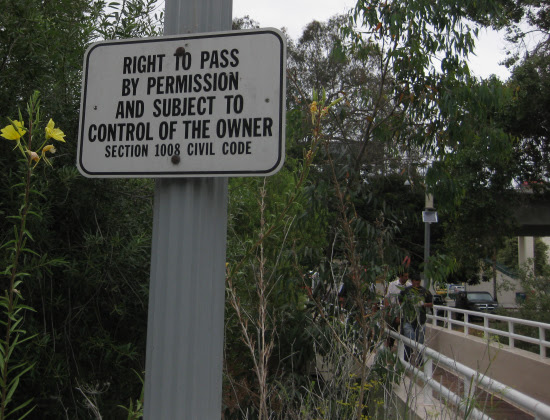 Looks like whoever owns the bridge could use a troll. 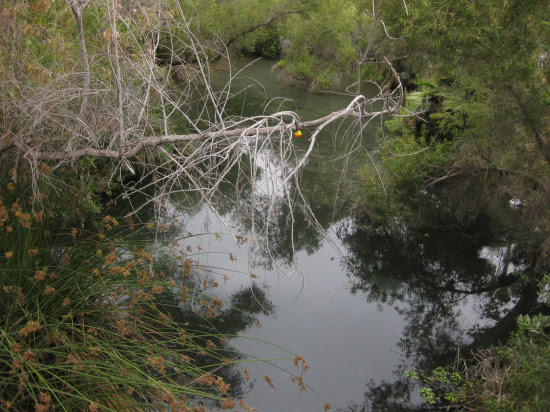 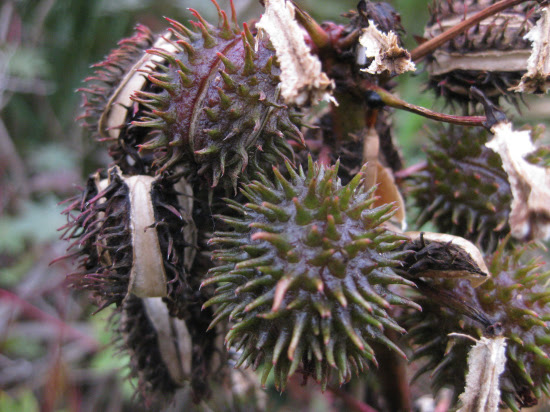 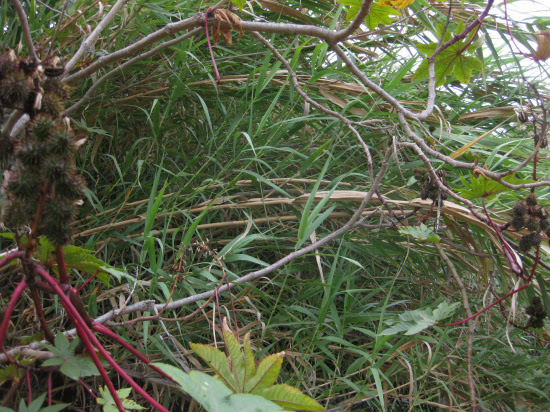 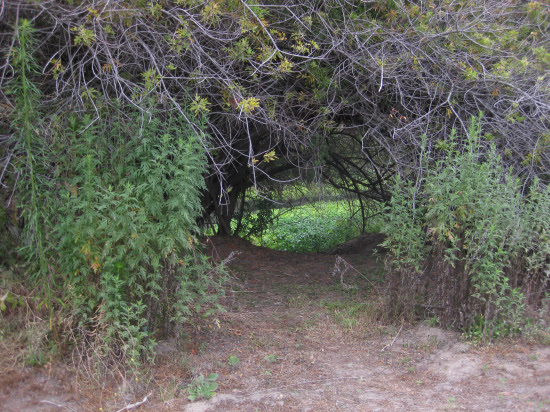 This place seemed like a nice place for kids to have a fort or something. 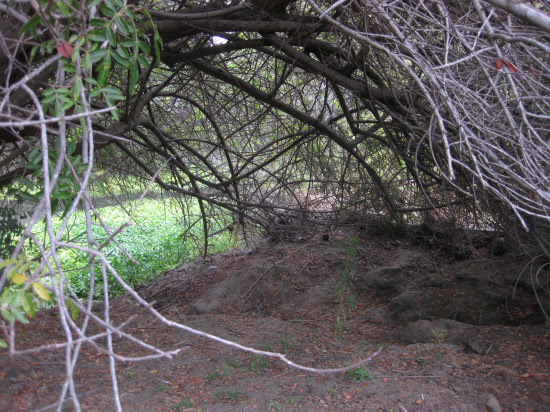 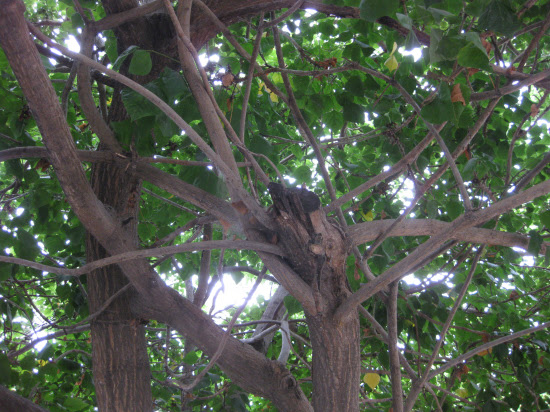 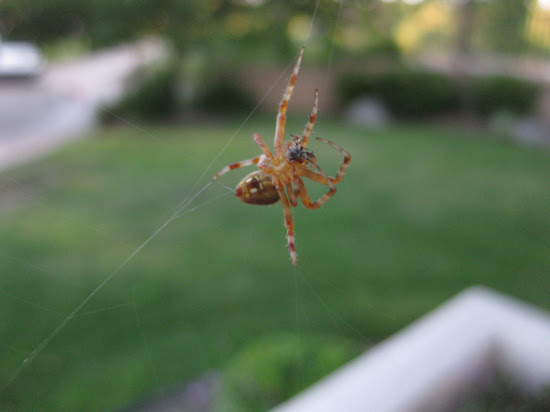 One of the big spiders was out making its web oddly early last Wednesday. 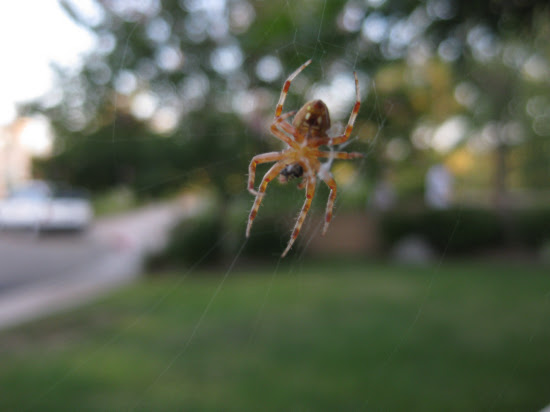 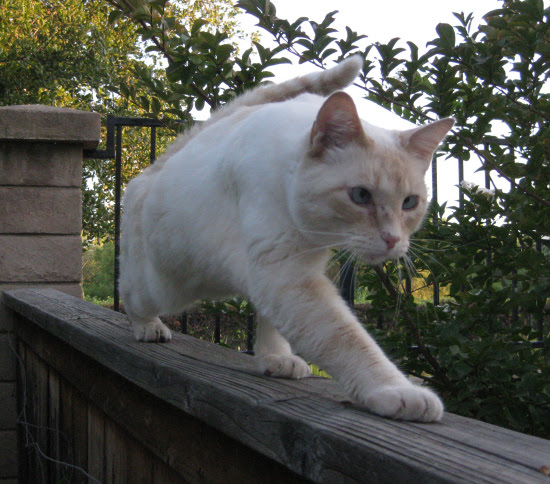 And of course Snow was afoot. 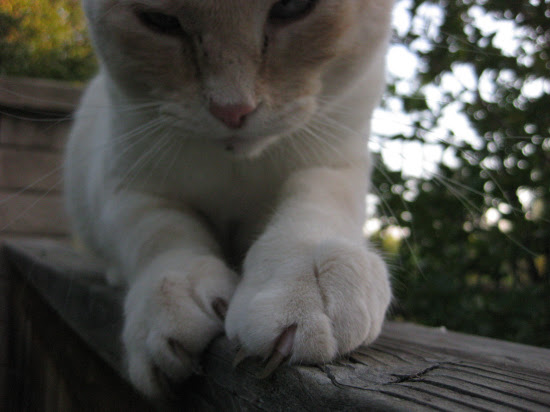 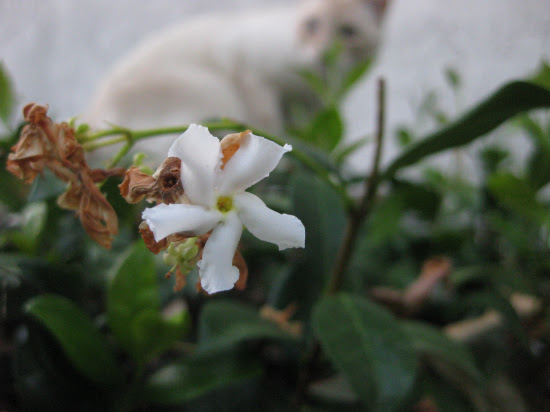 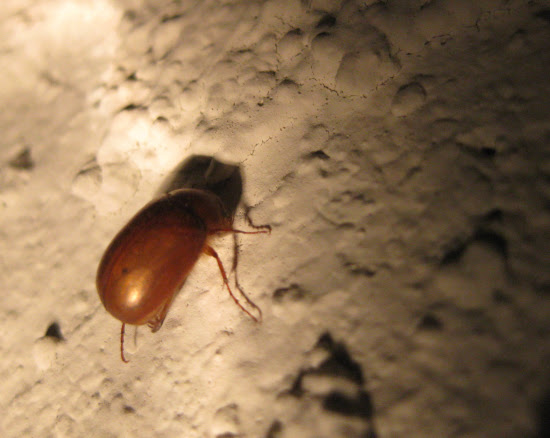 A strange bug I saw one night. 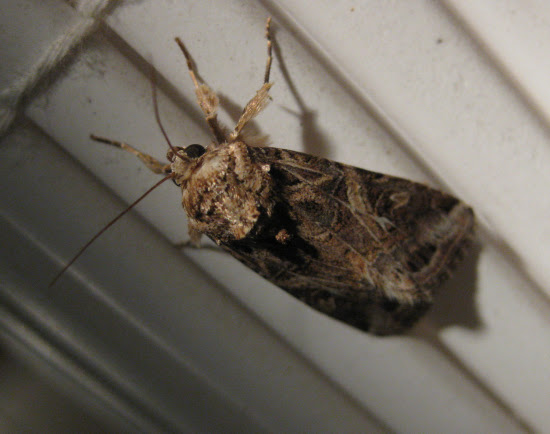 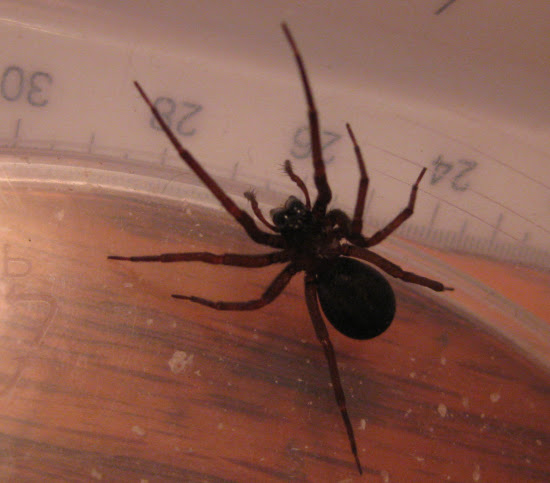 Amee spotted this spider in my room.

I've been watching plenty of movies, too--mostly familiar films I've been showing to Amee, The Philadelphia Story, The Misfits, Ponyo, Citizen Kane, Taxi Driver, and Duck Soup. But at Amee's request, I rented Mike Judge's Idiocracy, which I thought was a nice social satire. It projects a future based on the fact that stupid, reckless people are more likely to reproduce than smart people, who take into account their own incomes and living situations before deciding to have children. This leads in the movie to a nation governed and populated by morons. Rather than the bloody, tribal chaos one would normally expect from such circumstances, Judge opts for a gentler, less realistic approach in order to lampoon modern culture. My favourite bit was the progression of the name of the Fuddruckers hamburger restaurant to Butt Fuckers

The weakest aspect of the film was its protagonists, played by Luke Wilson and Maya Rudolph, written as being the sort of mildly dumb normal folks typically seen on sitcoms. In the environment of the moronic future, there really needed to be a straight man for contrast, but Rudolph and Wilson come across more like characters from another movie. A lot of the satirical culture was great, though, twisted guy I am, I think I'd have found it funnier if the people obsessed with brainless violence and sex were actually murderers and rapists. But I understand why Judge didn't go that route--in a sense, one could look at the world in Idiocracy as being a world of Beavises and Buttheads, and it does feel like Judge is accessing the same point of view here. Though I think the reason I find Beavis and Butthead to be a stronger work is that Judge clearly developed more affection for those two than he did for the people in Idiocracy.

Hardened paper passes plastic's front line.
Suspicious bread is halted by pastry.
Stale mint needles are woven into pine.
Sequoia has grown tired of history.
Purple eyes sink to the back of the head.
A long story spills into the spinach.
Whiskey packs into the girl on the bed.
Drowsiness is the fantastic finish.
Ultimate apples fly to the ceiling.
Clouds of paste stink as hot, melted rain drops.
Dead prosthetic tooth limbs lose all feeling.
Party arteries with confetti pop.
Grapes race round biomechanical tubes.
Carny satyrs fall asleep on soft rubes.
Posted by Setsuled at 12:17 PM
Email ThisBlogThis!Share to TwitterShare to FacebookShare to Pinterest