A Quack in the Void 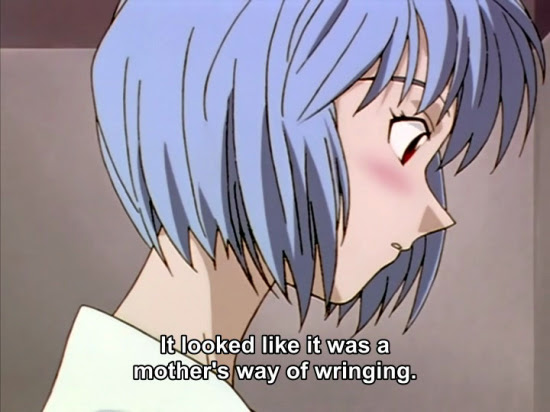 I watched episodes 15 and 16 of Neon Genesis Evangelion with breakfast to-day because I wanted to see the Dirac Sea Angel again. But in addition to that, I was amazed to see how many great bits had been skipped over by the new movie--Asuka's crush on Kaji, Shinji thinking Rei looks motherly wringing a wet cloth, Shinji playing cello, Kaji carrying a drunken Misato home on his back, Asuka kissing Shinji out of boredom, Shinji's childish overconfidence after being praised by Misato. And everything flows much better, feeling more like a narrative than the clips collage the movie felt like. 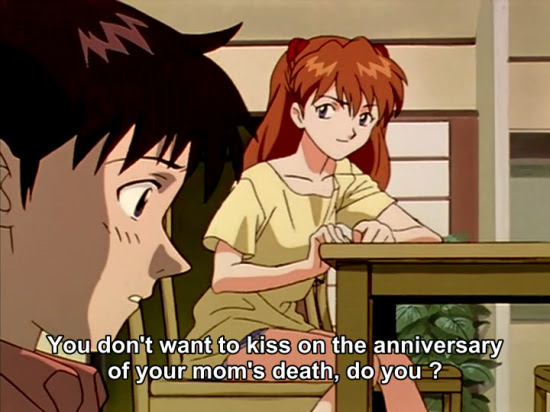 To be fair, some of the skipped stuff was extraneous, like Kaji's investigation of the Marduk Institute. We eventually find out the Marduk Institute, which was responsible for choosing the Eva pilots, was a puppet organisation and that Nerv was really picking the pilots. I'm pretty sure everyone reacted to that revelation with a solid, "So what?" But I like the scene where Kaji speaks to an informant in Kyoto--the woman never moves, but her cats do. 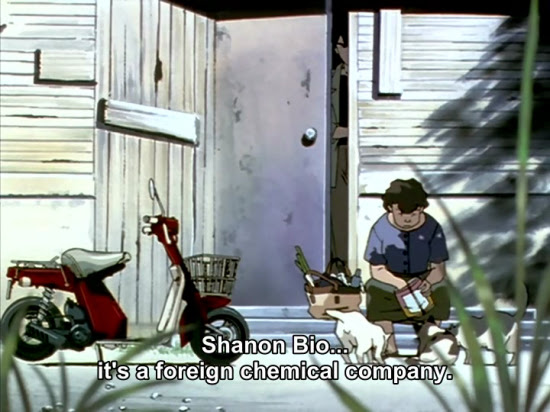 And I loved how there was no cgi. Everything was coloured with actual paint, too.

The television hasn't picked up channels for a couple weeks here, and since I like having it on while I'm making dinner, I've been putting in DVDs I feel okay not giving my undivided attention to. I had one of my Duck Tales DVDs in, and I was marvelling again at the quality of animation for a 1980s series for kids. It looks better than a lot of modern series. 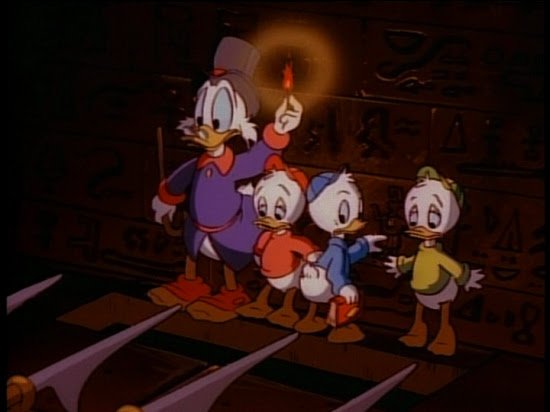 Again, painted with actual paint, and the extraordinary step was taken in places to actually give the characters relatively complex shading for limited light sources. Most shows at the time would rely on cheaper airbrush effects or even simply paint everyone with the same sets of colours regardless of lighting.
Posted by Setsuled at 5:12 PM
Email ThisBlogThis!Share to TwitterShare to FacebookShare to Pinterest