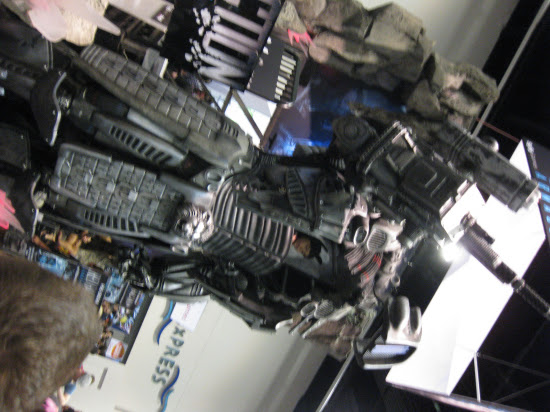 This would normally be where I'd make the anime post, except this year some genius had the idea to move the anime theatres over to the Marriot hotel. It completely destroyed the whole point of most of the anime at the Con for me, which was that it was being shown in these nice, dark, cool rooms where you could sit and rest a while and maybe be introduced to some anime you'd never have watched otherwise.

This, however, didn't stop hyperactive cosplaying otakus from congregating in the same area, where they spent the whole time trying to find goofy ways of working off an apparently never ending sugar high.

I did finally take the long, winding path outside, through parking garage, up two flights of stairs, through cafe, past gift shops, outside again, and through lobby to the new anime theatres. Which, I have to admit, were much nicer theatres, bigger and with chandeliers. But probably not worth the walk. I watched an episode of a lousy series I'd never seen before called You're Under Arrest! and episodes of two old favourites, School Rumble and Hayate no Gotoku. 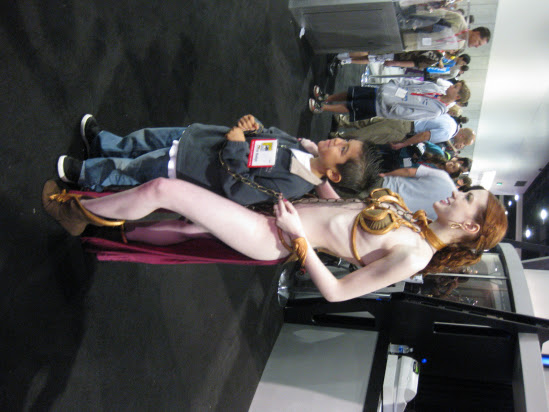 The things kids learn at Comic-Con.

Mostly on Sunday I wandered the floor, taking pictures of costumes. 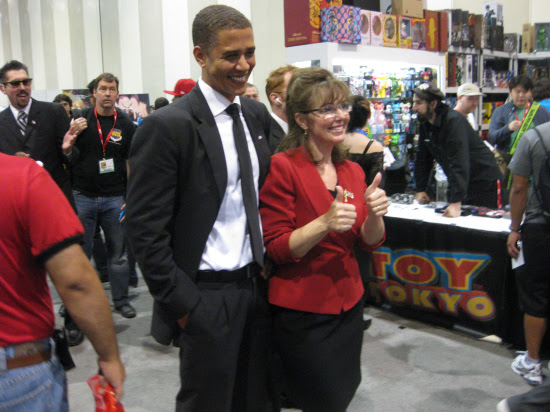 When she wasn't doing volunteer work, Amee spent most of her time hanging out around the artist's booths. Here's some signed art she got from J. Scott Campbell. 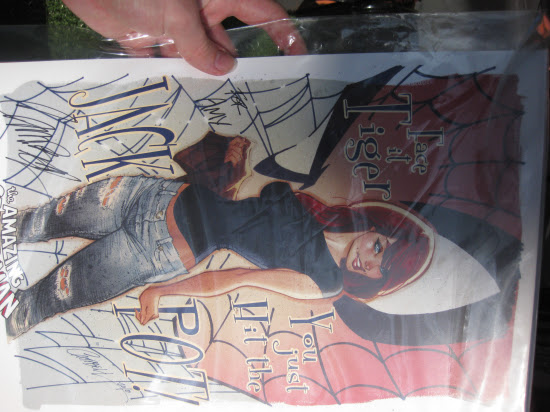 That just about concludes everything I have to report about Comic-Con this year. Remember, new Venia's Travels to-day.
Posted by Setsuled at 12:10 PM
Email ThisBlogThis!Share to TwitterShare to FacebookShare to Pinterest