I walked past this tree yesterday that for some reason had just one, enormous flower; 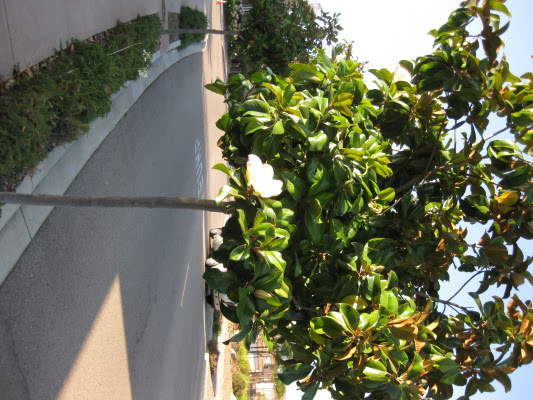 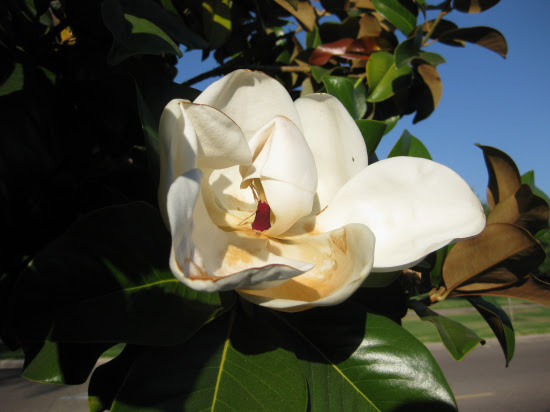 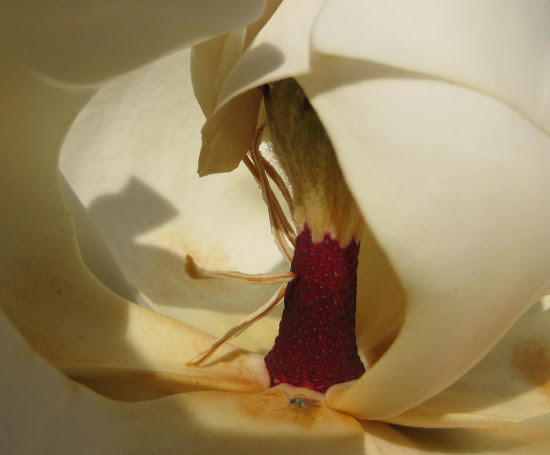 Boy, the American remake of Let the Right One In looks like such bullshit. The title is Let Me In? So we're just completely ignoring the fact that the title originally came from a song by Morrissey? Because Let Me In is so obviously a better sell? Oy vey, the monkeys in Hollywood.

I get excited whenever I see a trailer for a new Twilight film now because I know it'll always lead to a particularly good Rifftrax. Though the currently playing movie that has me most salivating over a potential Rifftrax is The Last Airbender. I haven't actually seen any of M. Night Shyamalan's movies between The Sixth Sense and The Happening, so I don't know exactly how steep or gradual his slope to mediocrity was, but The Happening was so wonderfully, nakedly bad. It was like watching Shyamalan himself on screen in a pink leotard and bunny slippers looking at the audience with love in his eyes. The Last Airbender promises the flies of cgi and racist casting buzzing around the sugared shit de jour. I can't remember seeing a lower score than 8% at Rotten Tomatoes for a supposed blockbuster. I loved Roger Ebert's review--"It puts a nail in the coffin of low-rent 3D, but it will need a lot more coffins than that." Nice Yojimbo homage.

I see Ebert's calling it quits on the video games as art debate he got involved with, rightly observing he shouldn't take part if he wasn't going to provide a definition for art that supported his thesis and he wasn't willing to spend much time playing video games.

I only wish the people arguing with Ebert could be as gracious and wise. Even in the well-meaning comments, I was struck again by how, nearly everywhere on the internet, nobody has the vaguest conception of how a formal argument works. It doesn't seem to be something that should take formal education to know--a lot of it is just rudimentary empathy, putting oneself in the other person's shoes.

Take this video one visitor posted;

I'm sure the ten seconds of Mega Man 2's startup screen is totally going to change Ebert's mind. I can't believe people need to be told it's safe to assume Ebert has at least as much information as was provided by television commercials in 1990.

The music, the graphics, and the gameplay must be filled with poignant nostalgia for the guy who put the video together--it's the only reason I can think of he'd gotten the idea this video was persuasive. It's an indicator of the vast communication chasm separating Ebert and the people arguing with him. It's people arguing vehemently with no objective parameters. This is how religious wars get started.
Posted by Setsuled at 8:58 PM
Email ThisBlogThis!Share to TwitterShare to FacebookShare to Pinterest