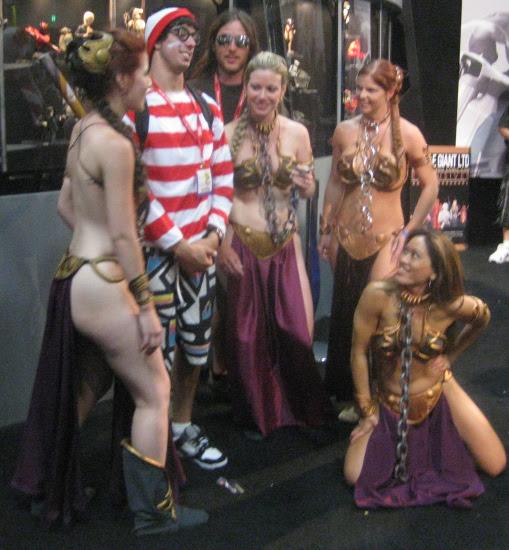 I guess asking oneself, "If I were Waldo, where would I be?" isn't such a bad strategy.

Somehow these costumes were okay but Adrianne Curry was ejected from the Con for her Æon Flux costume. How much butt is a dangerous amount of butt? I do remember some divine wardrobe malfunctions at Cons of yesteryear, which is probably why enforcement's so strict now.

I suppose Comic-Con's fairly arbitrary costume rules are reflective of geek sexuality in general. I was amused when some middle aged ladies were highly insulted after I gave them cards for Amee's "Passion Parties", apparently something like sexually themed tupperware parties. We figured out then that it was probably best I not hand out cards for her.

I yelled, "Panty! Stocking!" to get the attention of this lovely pair; 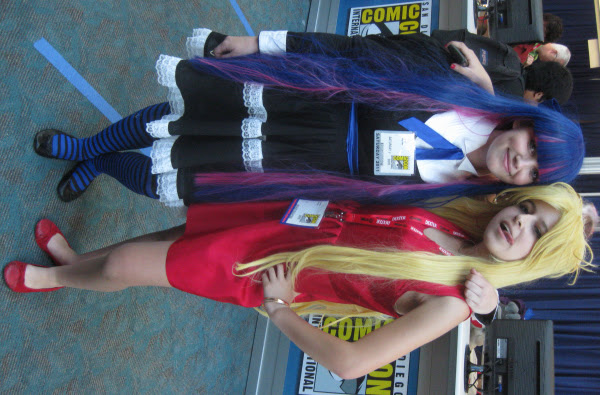 Minutes later, I ran into another Panty and Stocking; 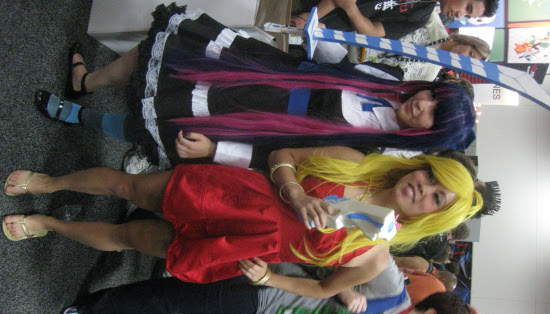 I bitterly regretted not asking Panty if she was not wearing panties since she was holding her gun--Panty's panties magically transform into her weapon while Stocking's stocking becomes a sword, and you can see she's only wearing one stocking.

I don't know who this is, but she's sexy; 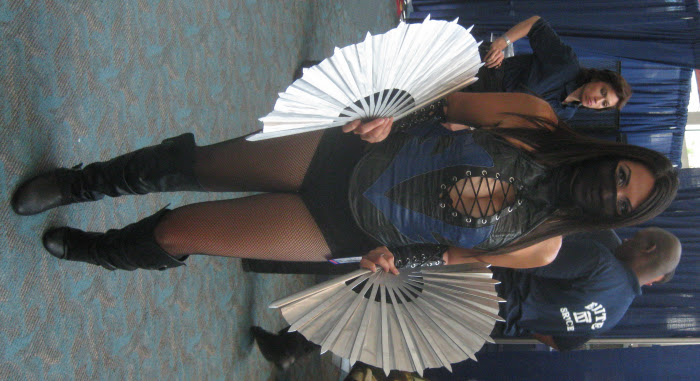 Though her top makes her boobs look sort of upside down.

By the way, here's a little safety tip--this is not sexy; 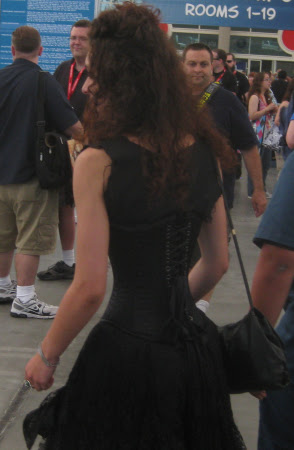 It is in fact scary. In a bad way. Please ladies, there's not been a remotely sensible reason to do this to yourselves in at least a hundred years.

These two I would've liked to have watched make out; 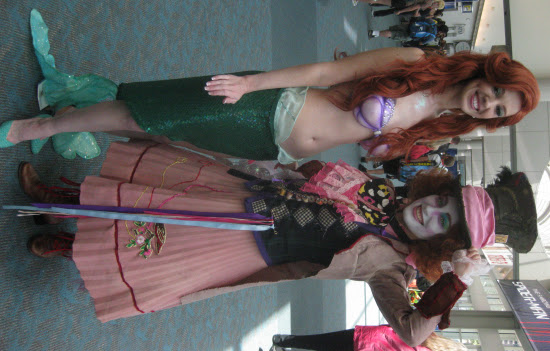 When the Ariel was taking a photo with another girl later, the girl touched one of Ariel's seashells and said, "Ooh! That's hard!"

"That's what she said," said Ariel. I kind of like this one's bikini better, though;

Looks like it came from the same shop, but has the added bonus of looking like it's about to fall off.

There was also a sexy Tinkerbell; 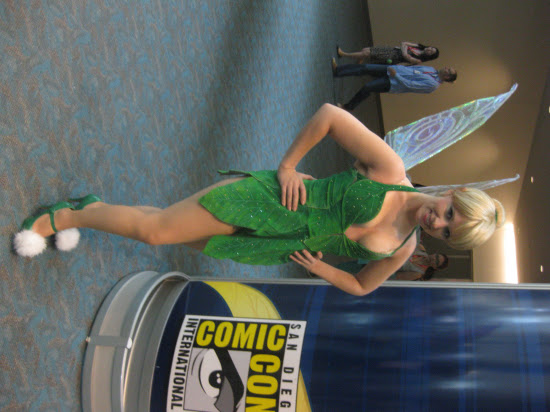 And these girls were cute--I love Belle's handbag; 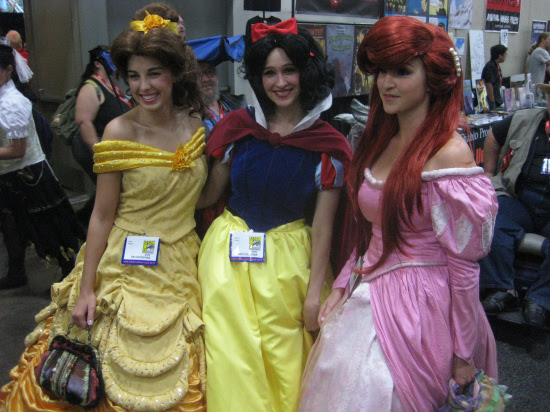 But these are the two I'd marry; 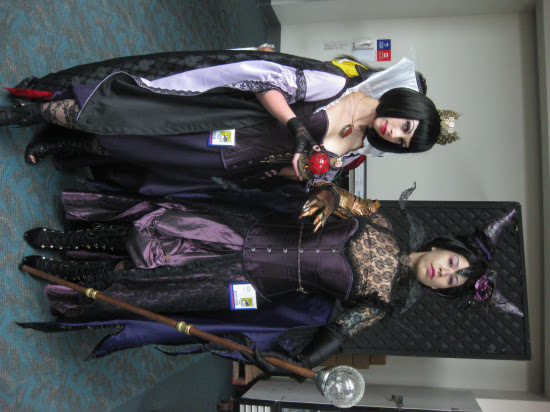 There was a big steampunk presence as steampunk's progress into mainstream media has gained, er, steam. 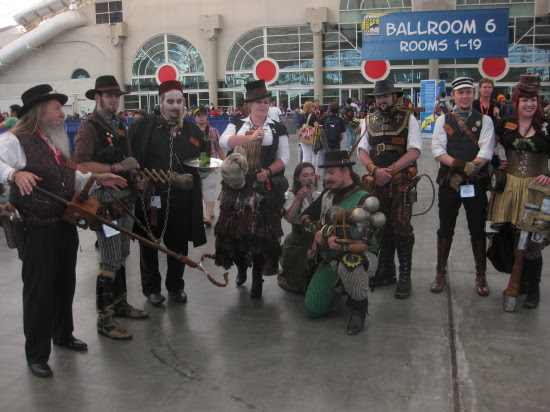 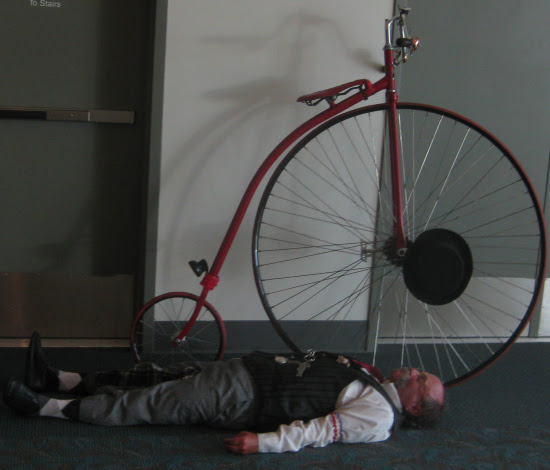 Remember the girl from last year who made a dress out of Con bags? 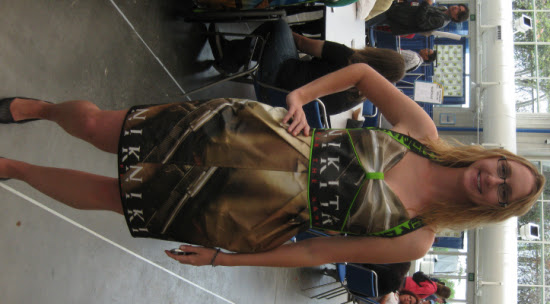 Well, I ran into her again this year with this year's bag turned into a new dress; 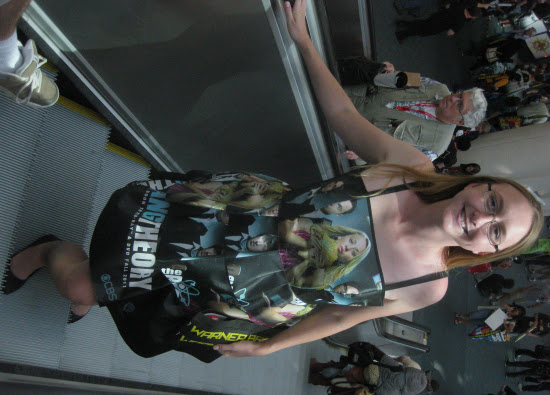 Finally, here is a very good pair of Ghostbusters; 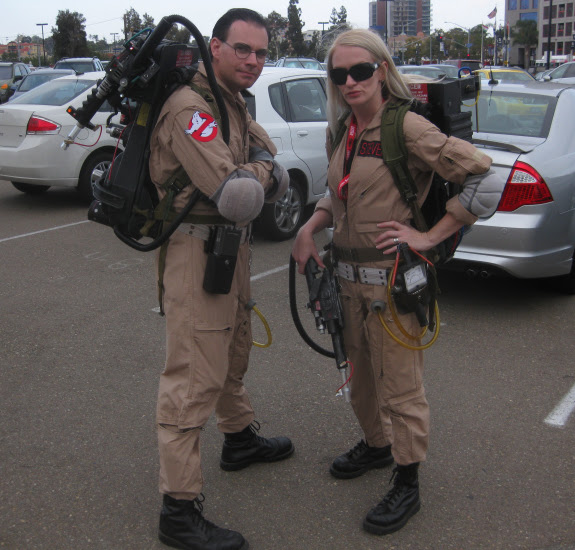 Okay. I think that does it for Con reports. Now I just have to somehow deal with the Conless days preceding the next one. 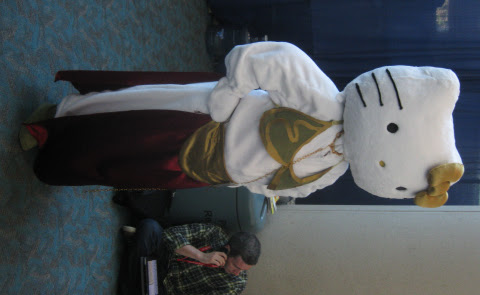