Invasion of the Heads 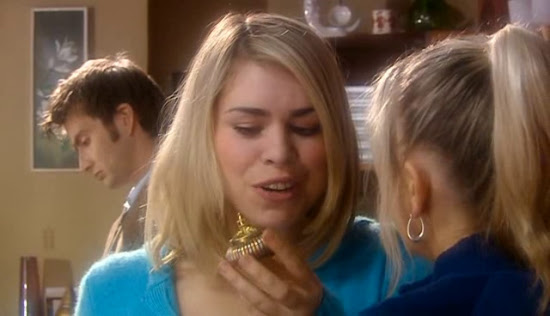 When I said the new Doctor Who felt like it lacked scope compared to the old series, I was speaking from a feeling that arose from more than the fact that the new series rarely goes to alien planets. I watched "Army of Ghosts"/"Doomsday" last night, the two part finale of David Tennant's first season and the last story to feature Rose Tyler. During her big, emotional farewell, I felt a little disconnected. I felt something for the Doctor losing a friend, but mainly I was thinking about how I didn't feel like I'd gotten to know Rose Tyler very well, and how the big send off felt a little inappropriate. I guess it didn't help that the mechanics of her leaving didn't make any sense--she and the Doctor are holding on for dear life while a portal is sucking in millions of Daleks and Cybermen from all over the world, none of whom apparently could find something firm to hold onto. One of the levers holding the portal open starts to get pulled back, so Rose leaves her perch of safety and somehow, without much apparent exertion, manages to push the lever back against this pull, which is then strong enough to carry her away, but not fast enough for her father not to catch her when he teleports in at just the right moment, is unaffected by the suction, is not unbalanced by having to catch his daughter unexpectedly, and knows to teleport back immediately to the parallel universe from which Rose may never return. All of which leads to the emotional farewell--it was like a show asking me to feel bad for people being separated by Terry Gilliam cut-out animations. It's so totally arbitrary and forced, it's more like looking at notes of the effect a writer would like the episode to have than actually experiencing the effect.

I think, of all the companions, Rose Tyler is the one I felt was the least well established, with the possible exceptions of Peri and Mel. I watched part 1 of the third Doctor serial The Time Monster afterwards and I marvelled at how one twenty four minute episode felt like it had more content than two forty five minute episodes. I put this down to several factors;

The writer for The Time Monster knew he had six episodes to work with, so felt confident in establishing things a little more slowly. Though that only makes The Time Monster around an hour longer than "Army of Ghosts"/"Doomsday"--there's more character in The Time Monster, there's the business with the tea Jo makes and the Doctor forgets to drink, how he doesn't remember talking about the volcanic eruptions. I guess that doesn't quite explain it, though it is more than the Doctor and Rose usually get before they're firing exposition and goofy quips at each other. 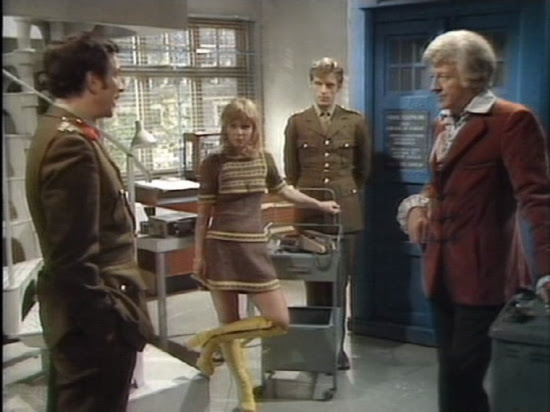 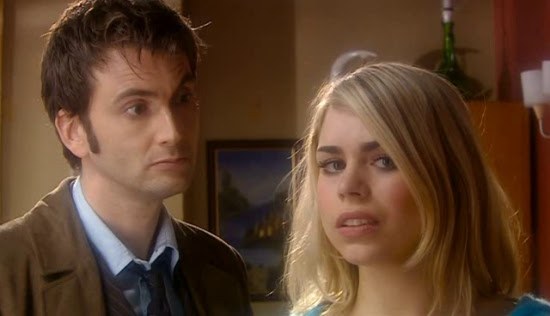 I think the single biggest factor is how the show is shot differently now. There are a lot more closeups and cuts. Fred Astaire was an early proponent of the idea that people dancing in films needed to be shot full frame with as few cuts as possible so people could take in the reality of what the dancer is doing. There's something to this logic in other types of films too. Along with the increasingly homogenous looking cgi, the rapid cuts and closeups take us away from the experience of being in a room with characters, of finding focal points by subtler clues of blocking and being able to see multiple characters reacting at once. More important is the "every cut is a lie" aspect. It gives everything an airier, less substantial quality. I guess it speaks to the virtues of television that's closer to theatre. 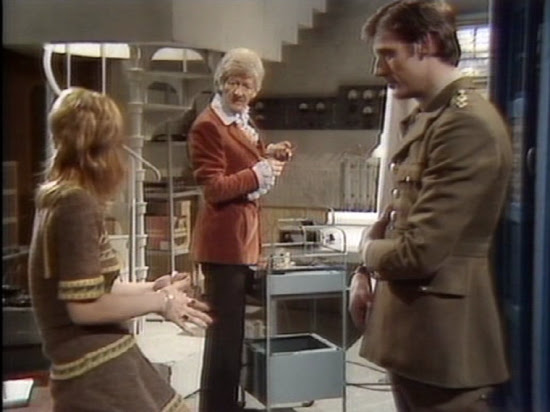 I did like the meeting between the Cybermen and the Daleks in the new episode. It went exactly as I would have thought it should go, and to be honest, I feel like the new writers are much better equipped for writing Cybermen and Daleks than they are for writing the Doctor and his companion. Despite being the most feminine in appearance, Tennant's Doctor has exhibited the most testosterone. His waltzing in, puffed up about his legendary power, basically thumping his chest, among the Daleks may be reflective of a culture that can't digest fiction that isn't a competition sport of some kind. But, again, it makes for good Daleks and Cybermen. When the Dalek told the Cyberman that the one thing Cybermen do better than Daleks was die it provoked one of the few delighted laughs from me in the new show. Cyberman just got served. 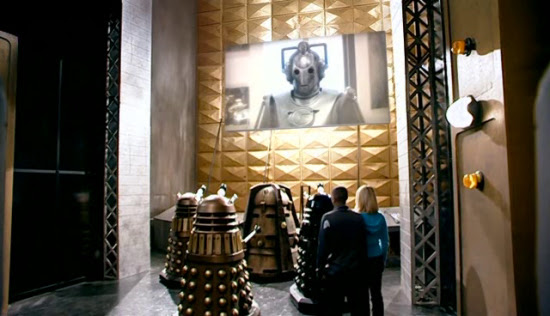