Well, last night's dream was much better than the night before's--and, by the way, I didn't realise how it sounded when I was typing it up in my caffeine deprived state, and I wasn't trying to say anything about self-censorship with the whole bit about people surviving on mouthwash. It was honestly just what I happened to dream, probably not coincidentally after I'd just brushed my teeth, flossed, and used some mouthwash. It's weird how often I put something in my blog and look at it later and realise, "Oh, it looks like I was trying to say ______ but I wasn't." Sometimes I kind of like what I accidentally say, other times I wish I'd known what I was getting into.

So, last night I dreamt Trisa and I were at a Morrissey concert and we had a big canvas military tent to ourselves. Trisa whispered in my ear that she hates anime and I heard something clawing at the tent outside. I opened the tent flap and the man from behind Winkie's in Mulholland Drive was standing there. "Where's your tape recorder?" he demanded. I assured him I didn't have one, but a black proboscis shot out of his mouth towards me and I woke up.

I wonder if people still use tape recorders at concerts. 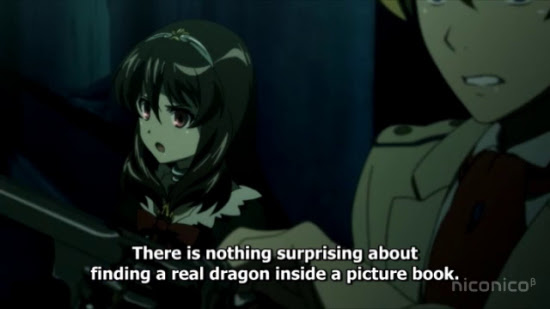 90% of anime coming out these days is shit, so I really can't blame dream Trisa for hating it, but this morning I watched the first episode of GAINAX's new series, Dantalian no Shoka, which is quite good, though not the complete fish out of water in the current anime market I usually expect from GAINAX--their previous series, Panty and Stocking with Garterbelt, was a wholesale rejection of the current philosophy of studiously banal fetishisation of female stereotypes pervading anime (moé). Dantalian no Shoka is a little more conservative, featuring a shy pair of romantic leads. I suppose it kind of harkens back to standard anime of six years ago, before the lobotomising "slice of life" fad took hold. It is a step up when an anime series doesn't make me want to drill a hole in my head. 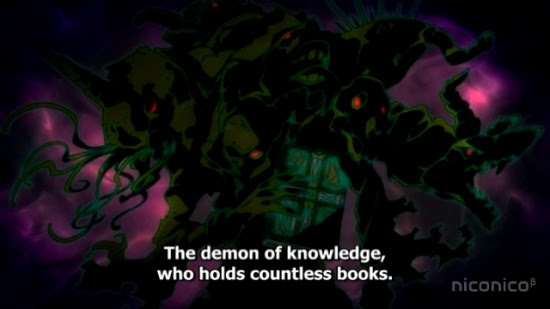 More than that, what I like about Dantalian no Shoka is it feels like an old fashioned pulp mystery. Apparently taking place in an alternate universe England, the story follows a young man named Hugh Disward who's recently inherited his grandfather's manor. This includes a magic library with books that come alive and a mysterious girl named Dantalian who, despite being listed in the inheritance, angrily insists she's not a pet. Here we have something that could be playing to or subverting moé. In any case, the show has one of the best visual sexual metaphors I've seen in a while as, upon being designated her "keykeeper" (if I were translating I'd have a hard time resisting using "Key Master") Hugh uses a key to open a hole in Dantalian's chest which streams big ribbons of blood around him as he pulls from her a book. 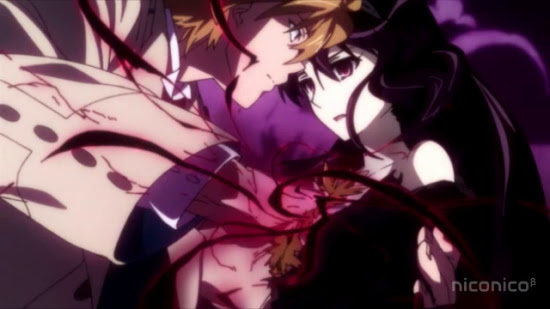 The show looks strikingly like a Shaft series (Shaft the anime studio, not Richard Roundtree). Particularly in its colour palette and use of airbrushed shadows, I was reminded especially of Dance in the Vampire Bund. Maybe GAINAX figures this show will be an easy money maker while they concentrate on the Rebuild of Evangelion movies. But maybe a studio as good as GAINAX just doesn't know how to skimp on some things, because the action sequences at the end are incredibly well animated, particularly a fight with a dragon, which is one of the best animated dragons I've ever seen. 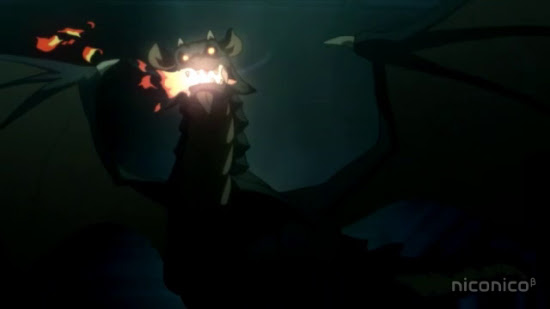 The series premiered in Japan yesterday, and I downloaded a fansubbed version within hours. Those fansubbers are really amazing. You can watch several versions on YouTube currently, like this one. They haven't subbed the beautiful looking end credits, though;