I dreamt last night I was swimming on some water park planet but in a waste recycling area with a lot of dangerous looking pipes and gears. I think I was being a daredevil or something. I saw Lady Gaga swimming with fifteen children, several of whom almost drowned when boulders started piling up in a maintenance room they got stuck in and the water level rose. I tried to convince Gaga to swim in another area, but she couldn't seem to hear me. For some reason I wished Octomom was there. 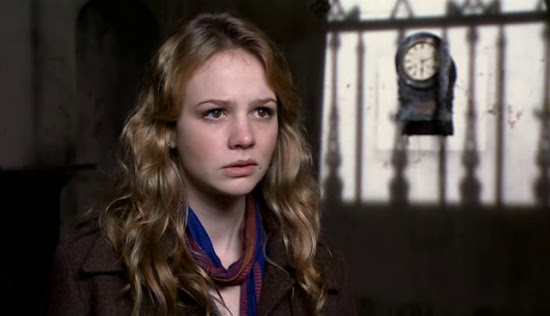 I watched "Blink" last night, a really amazing episode of Doctor Who with Carey Mulligan. It was amazing even though it didn't add up as well as I would have liked when I thought about it later (What's with the thrown crockery at the beginning? How did the Doctor get that guy to tell her to go to the police station? Maybe that was coincidence). But Mulligan's performance, the truly creepy weeping angels, some rather pretty photography, and the device of the Doctor speaking through DVD Easter eggs more than carried the episode. It was one of those episodes that really delighted me with the concept of time travel.

Well, okay, now I'm off to Comic-Con. I might not post at all over the next four days, if I do they'll be short posts. But I'll definitely be making Con reports as always afterwards. Ciao.