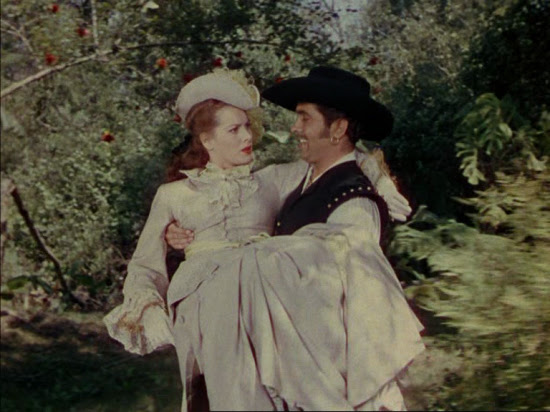 There's something so guileless about Tyrone Power. It makes an odd sort of sense in Nightmare Alley, where he plays a carnival con-man who's outmatched by a psychologist femme fatale. In the movie I watched last night, The Black Swan, it also makes a sort of sense despite the fact that the character he plays kind of falls apart. I mean, he doesn't have an emotional breakdown--the writing doesn't develop him properly. The same goes for the female lead, played by Maureen O'Hara.

I tend to get a lot of movies piled up, and I forget why I originally wanted to watch them. I think this one was either from when I was on a pirate movie kick or when I was looking into stuff related to Darren Aronofsky's Black Swan. I didn't know for sure I was in the mood for it last night until I saw it starred Tyrone Power, Maureen O'Hara, and George Sanders and the screenplay was co-written by Ben Hecht based on a novel by Rafael Sabatini. 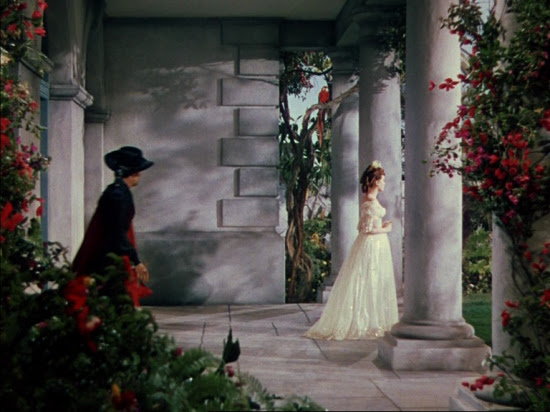 Maybe Hecht only wrote the first two thirds of the screenplay--that much of the movie rocked so hard I was transported. Maybe it's because it finally satisfied my desire to see a real pirate movie with real, utterly amoral buccaneers. Our "heroes" are pleased to murder, rape, and torture. I'm amazed this thing came out in the Hays code era. Though this kind of ends up being a thorn in the side of the film's latter portion--after Jamie (Tyrone Power) has already tried once to carry her off and rape her, there's just not enough motivation for Lady Margaret (Maureen O'Hara) to fall for him at the end. The movie does take pains to show him not taking advantage of later opportunities to assault her, but it seems more tied to his newfound interest in playing at gentlemen, acting respectable now that Henry Morgan's in charge of Jamaica. At the same time, it's sort of fascinating for that guileless performance of Power's--he's like a kid playing parts. One day maybe he's a rapist and murderer, the next day he's a respectable gentleman in the English navy, it's all the same to him. Rarely has a swashbuckling lead been such a leaf in the wind. 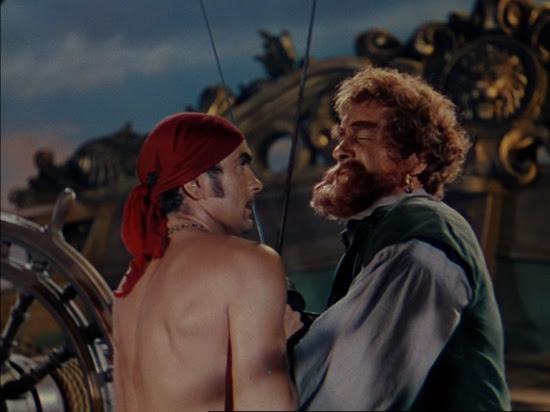 But jeez--I guess I'd already know if I'd ever watched his Zorro film, but that motherfucker could fence. You can see it in little moments where he'll casually swat things out of people's hands at the beginning. There's a deeply satisfying moment where a guy's calling him a coward and Power draws his sword once and in one movement not only disarms the guy but flips him over on his back, all while keeping up that irrepressible guileless mien. The final duel between him and George Sanders is so fucking vigorous, I don't know how neither them lost an eye. Who knew George Sanders could fence? He's almost unrecognisable under a big bushy red beard, but he gives an interesting, menacing performance.

The revelation, though, was Laird Cregar in the role of Henry Morgan. What a fascinating performance--likeable, menacing. The very picture of the real Morgan. 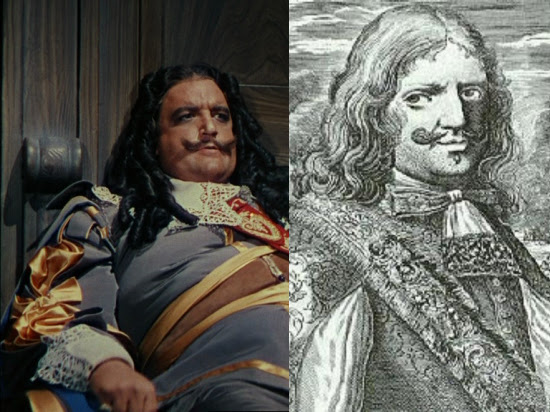 I'd never heard of Cregar before, but now I'm keen on seeing more of his movies, especially the one he apparently killed himself for, Hangover Street.

I dreamt last night my college closed for the summer, which I found out when I went there early one evening and found one of the classrooms was inhabited by a salon run by Vietnamese women. I figured, since I needed a haircut anyway, I'd get one while I was there. But I forgot to pay afterwards, something I realised only after I'd walked away from the place. When I went back, the salon was gone. There was another salon, though, also run by Vietnamese women. They couldn't tell me what happened to the other place, but they showed me a series of pictures of cartoon trolls. 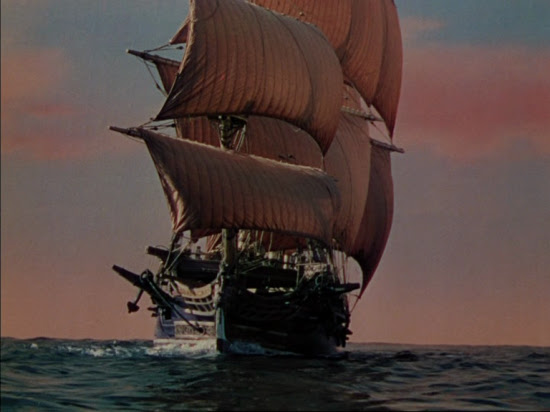