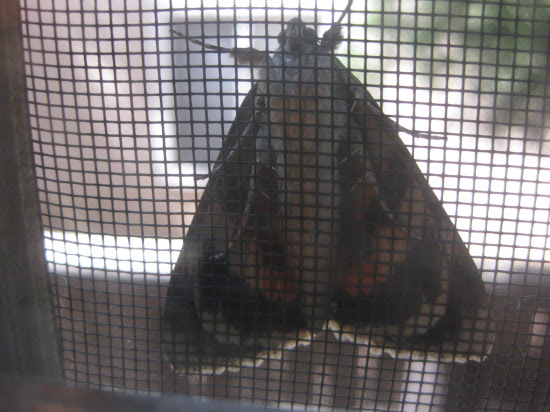 It feels like this moth has had me under surveillance for a week. I keep seeing it on the bathroom window--which I guess makes it a pervert moth--and the other day it flew circles around me when I went into the backyard. There's been a lot of moths and butterflies around lately--after I scared the moth away from the bathroom window, I went outside to find it and ran across several little white butterflies. 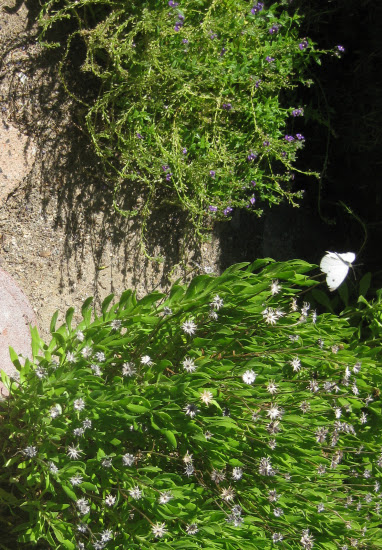 I took some macro shots of flowers and went into the front yard in time to break up some kind of epic raven brawl--three of them were on the lawn screaming at each other while I fumbled to get my camera off macro. I thought I got some good shots of them carrying their fracus into a tree until I realised my camera had crashed and had been turned off while I thought I was taking pictures (the camera's fine now, I think I was just clicking too fast). This was the only one that came out; 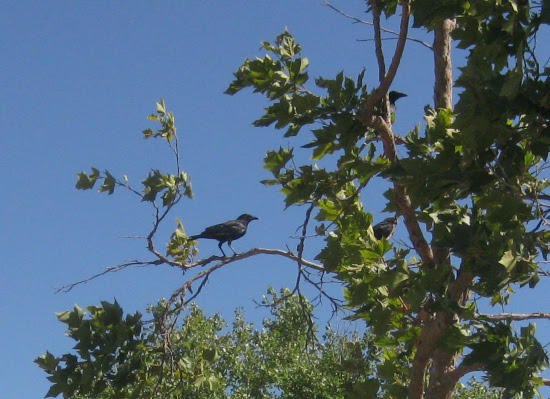 Not very exciting. I swear, there's some kind of spell or something that prevents me from getting good pictures of these ravens that are all over the place around here. I get crayfish crawling out of the water for me, a million weird spiders, but I can't get next to the ravens. 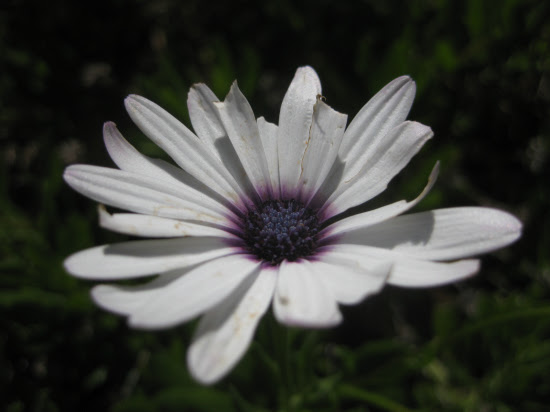 While I was out on this little impromptu adventure, my tea oversteeped--it was the only time I went out all day, as I've been inking and colouring, finishing up my comic, and listening to to-day's Howard Stern Show, which I wanted to hear because I wanted to hear Stern address Artie Lange's return to radio, but I could've predicted Stern's evasiveness. He played the clip of Lange saying he wanted to be back on the show and basically brushed off the whole subject. Stern's interview with Lady Gaga to-day was actually more interesting to me--I will say this about her, she is a very skilled live performer. A lot of singers, when they perform on the Stern Show, complain about having to use their voice so early in the morning, but that girl went from zero to sixty instantly. Her lyrics are still kind of indistinct, and her style is sort of homogenous, but the enthusiasm with which she performs is really great.

Anyway, I'd better get back to colouring.