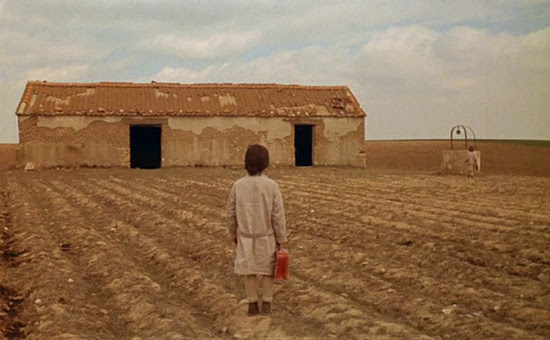 You don't need a lot of words to discuss silence. There's very little dialogue in Victor Erice's 1973 film The Spirit of the Bee Hive. The film seems mainly to exist in the quiet of its many still, lingering and beautiful shots through which six year old Ana wanders. 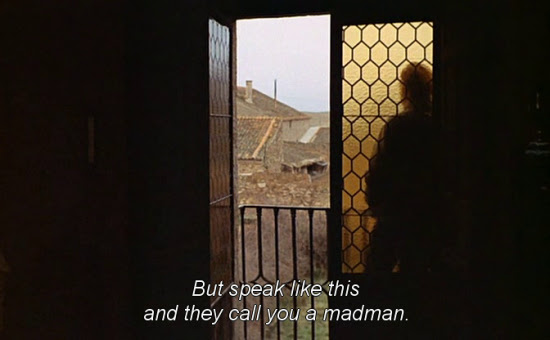 A lot of these beautiful shots are of open, seemingly endless Castilian fields, yet the impression we get of Ana's world is that it's small and stifling. Her family's not terribly communicative--her father takes Ana and her sister at one point to the woods to pick mushrooms, but mostly he seems busy at his occupation as a beekeeper and writing about bees. The film's title, and much of its aesthetic, suggest the world the people in habit mirror the life of the bees somehow. 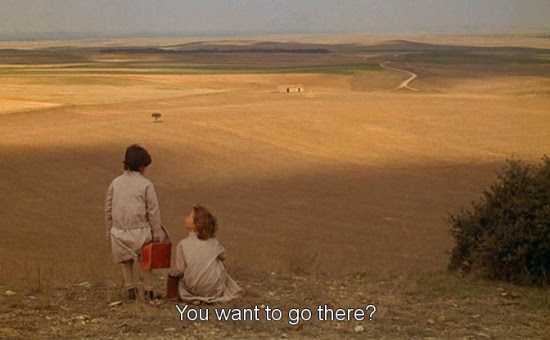 Perhaps it's in how automatically and emotionlessly the characters seem to be moving through life. Ana's mother is having an affair and rarely talks, either--mostly Ana's only companion is her sister Isobel who uses her sister's absolute trust in her to pull pranks and torment the younger girl. At the beginning of the movie, the two attend a screening of the 1931 Frankenstein--the film is set in 1940, just after Franco's dictatorship has taken control of Spain. This, along with the fact that film focuses on a little girl, reminded me of Pan's Labyrinth. The use of mythological elements and how they manifest from the perspective of a young girl also contributed to the similarity, but while Guillermo del Toro's film, though keeping it ostensibly subjective, seems to lean towards the idea that the mystical elements the child experiences are in fact real, The Spirit of the Beehive seems to lean in the opposite direction. 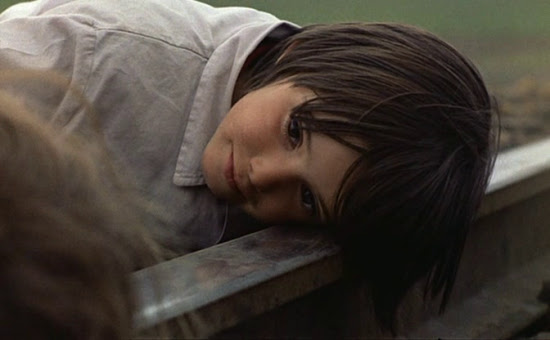 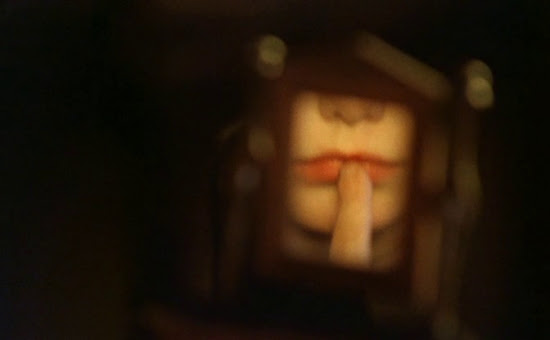 This sets up an interesting visual tale of a girl seeking an elusive spirit whose monstrousness she seems to identify with. The spirit temporarily takes form for her--in reality a fugitive Republican soldier. But their interactions are brief and wordless.

The Wikipedia entry talks about how this film is subtly critical of the Franco regime and how all this is a metaphor for the state of affairs in Spain with Ana representing the people--everything told metaphorically in order to slip past the censors. The Wikipedia entry mentions how Viridiana did the same thing. They're lucky I wasn't on the board of censors who viewed Viridiana because that one was such an astonishingly obvious political allegory I'm really amazed to hear it got past any censors, but The Spirit of the Beehive, I had no idea there was anything remotely political in it until I read about it later. I did think it was strange a film set in 1940 Spain didn't show many signs of the Civil War, but I didn't even realise the Republican soldier was a Republican soldier until I read about it later. 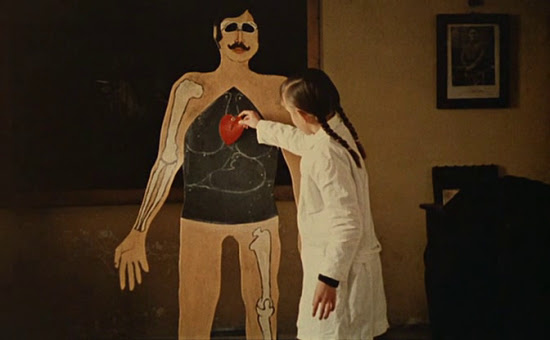 And as for Ana and her family representing different aspects of Spanish society, that may well be, but I think it's much to the film's credit that their story seems to embody something so much more, something so fundamental.
Posted by Setsuled at 2:00 PM
Email ThisBlogThis!Share to TwitterShare to FacebookShare to Pinterest