"I Mixed with Other Colours but the Nurse doesn't Care"

The Pythons and Ingmar Bergman independently came up with the same joke, I think. Though it's possible the Pythons had seen Wild Strawberries when they wrote the above sketch, I suppose. Anyway, I laughed at the scene in Wild Strawberries when two young men arguing over the existence of God devolve to fisticuffs, and return to the car where their young female companion coyly asks, "Well? Does God exist?" and both men sullenly look away.

Both the sketch and the bit from the film seem to be pointing to the absurdity of debating such an irresolvable topic. But of course, whether God exists is a question that drives Bergman's films for years to come. Made in 1957, Wild Strawberries is the oldest Bergman movie I've seen, coming before The Seventh Seal, Through a Glass Darkly, Winter Light, and The Silence, the movie doesn't seem quite as tormented by the question, though it's certainly there. Wild Strawberries is more about the value of a certain unquestioning decency and love for life that may or may not be viable without faith. 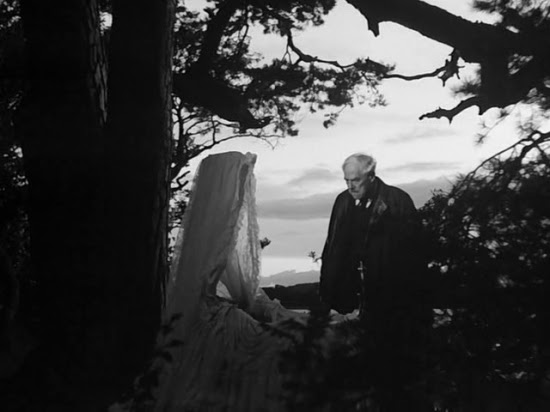 The movie centres on Isak, an elderly professor portrayed by Victor Sjöström. The three young people I mentioned are picked up by Isak and his daughter in law, Marianne, on their way to Lund University where Isak is to be honoured for his achievements--the bulk of the movie follows their journey, making it, like The Seventh Seal, sort of a road movie. Though some of the episodes along the way consist entirely of Isak's recollections or dreams. 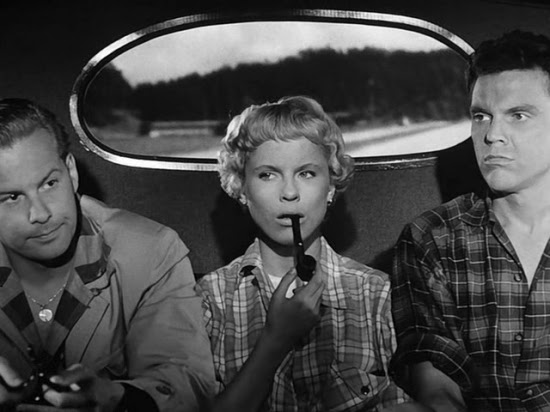 Bibi Andersson plays both the young woman accompanied by the two young men and, in Isak's recollections, the great love of his life who ended up marrying his brother. Something about the bittersweet quality of Isak's recollections reminded me of James Joyce's "The Dead"--there's definitely a sense of the pain he feels at how out of reach the past is, and yet by the end he says in narration it's the comfort he draws from recollections that make his life bearable. We see him at peace also when he quotes a poem about God to the two arguing young men, and there's a conflict set up between fear of death, which is related to the possibility that there's no God, and the pleasure of the senses, which is marred by preoccupations about the uncertainty of death.

This is kind of the opposite perspective to what one sees nowadays--just a week or two ago I read an article by a doctor talking about how certain injuries resulting from head trauma had proved to him that what he considers to be the soul is an entirely physiological thing. He concluded by saying that this is how it should be, as this makes life more precious. This seemed pretty flimsy to me in the face of the horror he'd just described. It's like someone arguing that having no healthcare builds character.

I'm an agnostic* myself, I guess because I too see the absurdity of trying to have a rational argument about God, but it doesn't mean I have to like the idea of ceasing to exist when I'm dead. 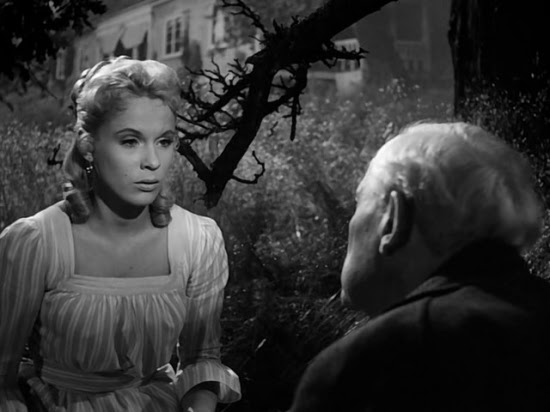 *No, I don't mean to say I'm an atheist. There's this argument going around lately that agnostics should call themselves atheists because by not choosing to say God does or does not exist you don't actively believe in God and that you're therefore an a-theist. I find this rationale useless, because it means whenever I'd identify myself as "atheist" I'd have to distinguish between being the sort of atheist who's decided there's no God and the sort who won't say one way or another. The movement seems designed to close ranks among the non-religious which goes back to the absurdity of the argument. Sorry, I'm not wearing anyone's colours, I'm not going to war. I'm sticking with agnostic.
Posted by Setsuled at 1:43 PM
Email ThisBlogThis!Share to TwitterShare to FacebookShare to Pinterest