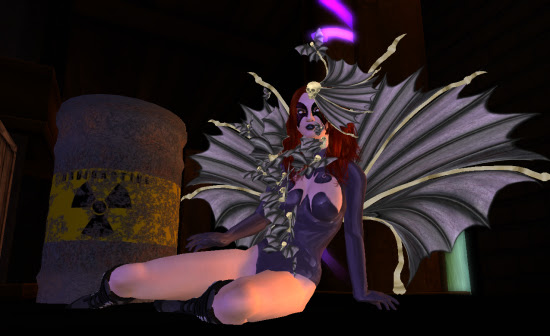 This is the Batgirl-ish outfit my avatar wore to Saturday's chess tournament. It's by Vitabela. I got it on Friday night at the very cool Halloween Fair at Vita's Boudoir. The mask is by Siyu Suen and the boots are by lassitude & ennui. The pictures were taken at Retropolis. 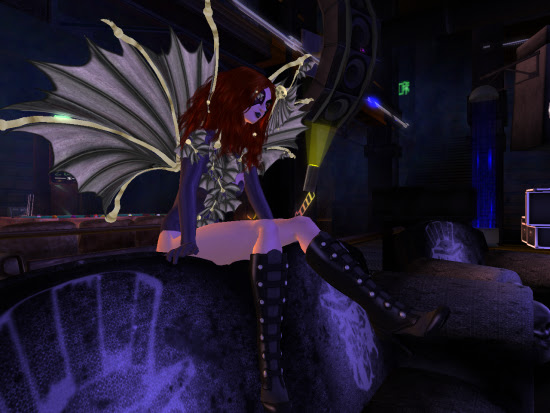 Although I complain about the chemistry between the Doctor and River, there is something nicely poetic about their relationship, the idea that their whole relationship is based on one of them already knowing the other. Because they meet each other in reverse, there's no point in time when a Doctor who's never met River is meeting a River who's never met the Doctor and vice versa. Their first meeting doesn't exist, so, if one wants to wax romantic, we could say these are two souls who have always known, and always will know, each other. 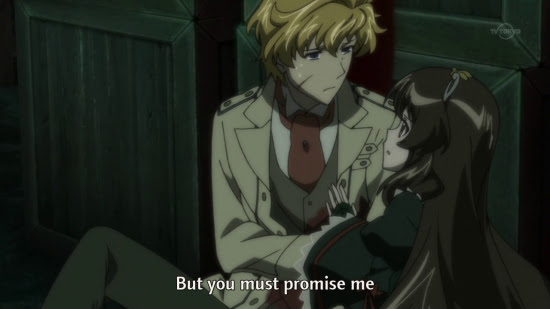 There's something similar about the series arc of Dantalian no Shoka, the final episode of which I watched to-day. Throughout the series, we'd been cutting back to a recollection of Huey's (the male lead's) childhood dream of meeting and falling in love with a girl in white. In the final episode, this is revealed to be, in some way, the series female lead, the "Black Biblioprincess" Dalian.

Huey is Dalian's "Keykeeper", and to combat misuse of the Phantom Books, Huey is given permission by Dalian to initiate the rather obvious sexually metaphorical action of inserting the key he received from the girl in white in his dream into the key hole in Dalian's chest, which unlocks her power. In the last episode, in an effort to release the girl in white from some mystical prison, Huey inserts his key into Dalian again, but is shocked to find another door in the dream world barring him from escaping with the girl in white. Turns out he needs to give her more than a good lay this time. 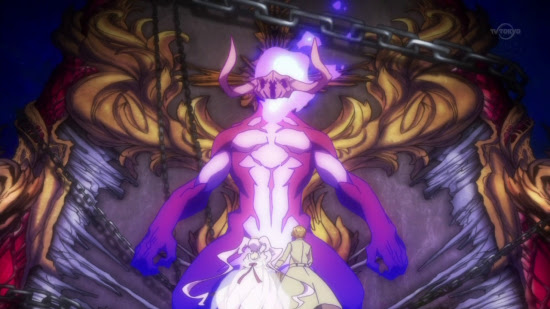 The girl in white, as a part of Huey's dream and the one who gave him his penis/key, seems as much a part of Huey as Dalian, maybe moreso as it's only Dalian's and the girl in white's word for it that we know they're the same person. And that Huey was only able to access that childhood dreamworld by having the metaphorical sex with Dalian. So again, two souls united that have always been united. I think these shows must have been written either by people in really great relationships or people who are completely dysfunctional loners.

Anyway, Dantalian no Shoka's finale wasn't bad, but not unlike the new Doctor Who, I find myself preferring the smaller, isolated stories leading up to it. This is a GAINAX series, so a moment in the dream world where Huey starts asking himself "Who am I?" immediately made me think the show was resorting to Evangelion business on reflex, though it was more or less fitting.
Posted by Setsuled at 6:45 PM
Email ThisBlogThis!Share to TwitterShare to FacebookShare to Pinterest