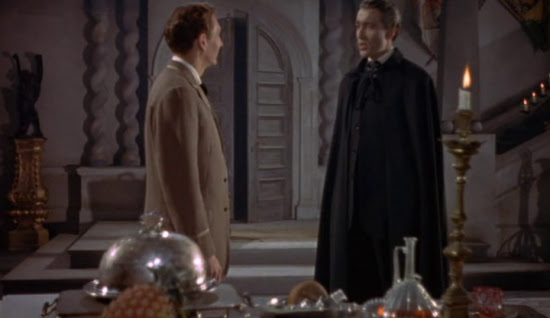 I'd say, by a considerable margin, the 1958 adaptation of Dracula is the worst I've seen. I certainly haven't seen all adaptations--I've seen Murnau's Nosferatu, Todd Browning's version with Bela Lugosi, Werner Herzog's remake of Nosferatu, and the Francis Ford Coppola version, which is my favourite. But all those films excel at atmosphere and at putting together a world where the vampire's spells seem terribly powerful and threaten to crush the poor human protagonists. There's also a satisfying resonance with the dark side of human sexuality. The 1958 Hammer film has none of this.

I'm surprised, too, as I've enjoyed the other Hammer films I've seen and it was my understanding that their Dracula series, which began with the 1958 film, was kind of their signature line. But while Peter Cushing and Christopher Lee give perfectly respectable performances, the greatest actors can't do much without good material. This is a movie that seems to have the express goal of draining tension and wonder from the story in as many ways as possible. We begin with Jonathan Harker journeying apparently only a few miles from his home city in Romania or a city close to the Romanian border--there's no explanation given as to why so many people with English names are living in this unnamed city. The whole underlying issue of xenophobia is gone from the story, and along with it much of the scope. Not to mention the connexion between the fear of unknown, foreign culture and unexplored sexuality.

Christopher Lee plays Dracula with his normal English accent and plays him rather straight. When Harker arrives, in this version to take on a job as Dracula's librarian with the secret mission to destroy Dracula, the Count coolly shows Harker to his room and they exchange casual conversation and formalities. No cute little "I never drink wine" double entendres, absolutely no sense of dread, just a tall guy wearing a cape in a big house. Fittingly, the vampires in this movie don't seem to have any particular powers, not even super strength. They just seem to be long lived, ageless people who are killed by sunlight and stakes through the heart and who drink blood. If it weren't for the longevity, vampirism here would seem to be little more than an impairment. I laughed out loud when they realised at the end how Dracula was getting into the Holmwood house--he was hiding in the little cellar where his coffin was sitting right out in the open. 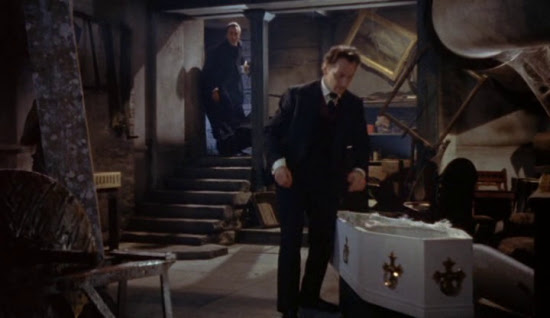 I imagined an unfilmed scene of Dracula tip-toeing into the house through the servants' entrance with the big coffin on his back. 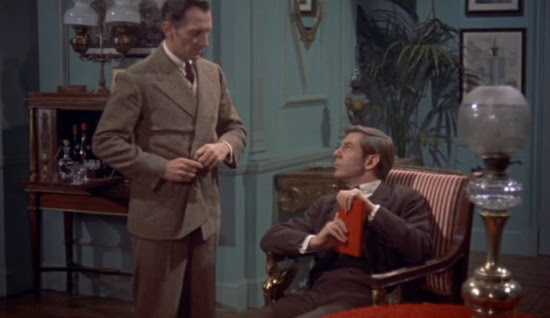 Cushing as Van Helsing shows up around twenty minutes in and quickly becomes the calm, cool centre of the movie, obliterating tension. Michael Gough as Arthur Holmwood manages to carry some of the fear, but when he incessantly argues with Van Helsing at the beginning for absolutely no apparent reason, his part is neutralised a bit, too. It's no wonder Christopher Lee only kept coming back to the role because he felt blackmailed, according to Wikipedia. I would like to see the German film where he plays Dracula alongside Klaus Kinski as Renfield. It doesn't look easy to get a hold of, though. Though not as hard as this rather intriguing film;