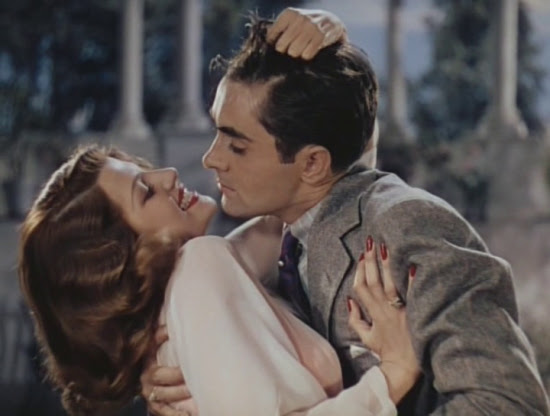 A year after The Mark of Zorro, director Rouben Mamoulian teamed up with Tyrone Power again for Blood and Sand, a better film than their Zorro film, but not a great film. It won an academy award for cinematography, and it does feature some really beautiful Technicolor compositions. It also features some engaging supporting performances by John Carradine, Anthony Quinn, and Rita Hayworth. There are individual scenes that work extremely well, but they overwhelm the feeble main story.

Tyrone Power always seems like kind of a chump to me, even when he's supposed to be playing a smart guy. My favourite of his films, Nightmare Alley, is a noir about a guy who thinks he's scamming everyone only to find out too late he's the one being chiselled, thanks in part to his own decisions. Blood and Sand is sort of like a very lightweight version of that. It's the story of a matador named Juan Gallardo (Power) and the movie pulls so many punches with him I thought maybe he was based on a real person and the movie was financed by his family. But no, it's just a totally fictional character the writers were evidently uninterested in taking risks with.

At just over two hours long, the movie has a kind of an epic feel about it since we start off with Juan as a child running away from Seville to go to Madrid with his friends to pursue their dreams of becoming matadors. I'm by no means a fan of bullfighting--it seems like rather pointless animal cruelty. It was sort of funny, though, how the movie portrayed the defeat of the bull as a glorious triumph but a scene that followed of the bull's meat being divvied up amongst some desperate, grasping poor is shown as something horrific, the score going to severe strings as we see the stripped corpse in a shadowed chamber and John Carradine in the foreground grimly observing, "The other side of the curtain." Yeah, it's a shame the purity of killing is sullied by the fact that it's useful to anyone. 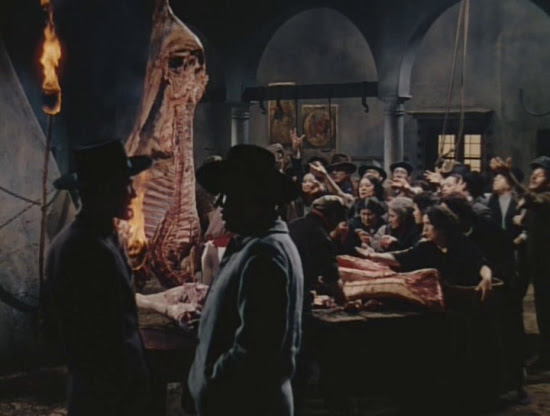 One of the reasons Juan's story lacks so much impact is that we don't actually see much of him bullfighting. And unlike in The Mark of Zorro where Tyrone Power's actual fencing prowess is on display, the bullfighting shot from a distance is clearly performed by different man whose posture and movements are totally different from Power's. 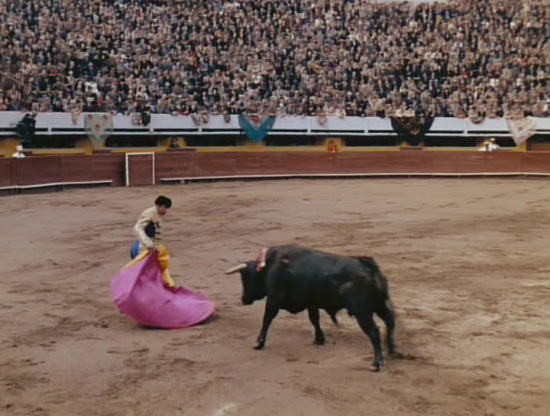 But the main reason the story doesn't work is, again, the oddly soft treatment. At first we see Juan returning home thinking he's been hailed as a promising young matador by a prominent newspaper critic, but he finds out the review is negative when he presents it proudly to his fiancée, revealing his inability to read or write at the same time. We see him bitterly disappointed for a moment and then, without any indication of how much time has passed and no scene of him bullfighting, we cut to him as an established success at bullfighting, with the same critic now singing his praises. When Juan falls for another woman, again, we don't have any idea how much time has passed since he'd gotten married.

Rita Hayworth doesn't show up until well after the halfway mark, and it's as the rival to the main love interest, played by The Mark of Zorro's Linda Darnell. Both women wear gorgeous costumes, and neither receives anything but broad, uninteresting characterisation. I love the scene where Darnell confronts Hayworth. Darnell's dressed oddly like a mourning window while Hayworth is in see-through white. 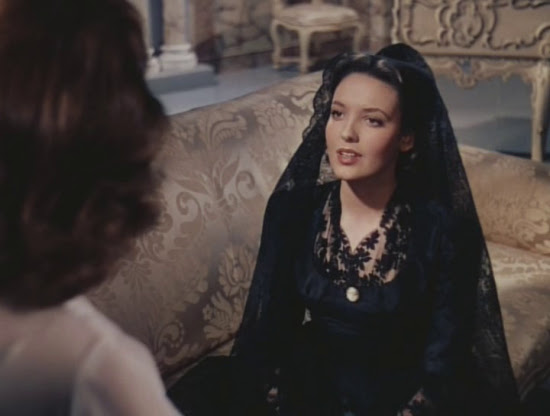 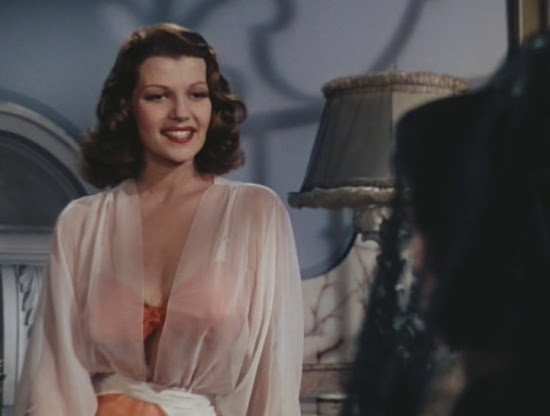 This follows two moments that are fascinating in different ways. First is Darnell praying to the Virgin Mary, and we actually hear through voiceover the conversation between her and Mary. Darnell bops her head along with her own voiceover, coming off as a ventriloquist while we look at a statue of Mary crying milky tears for her part of the dialogue as she explains how to deal with Hayworth. 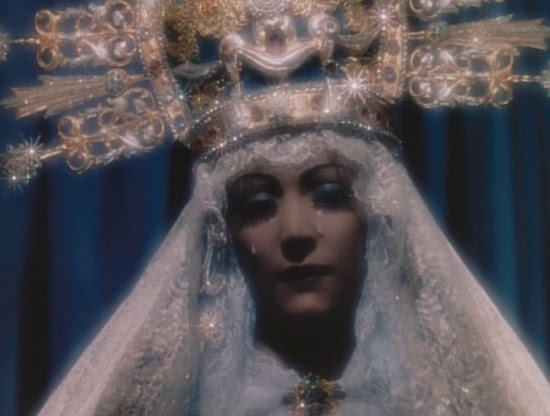 Then we cut to Hayworth playing bullfighter to Power's bull. I loved the maniacal expressions on Hayworth's face. 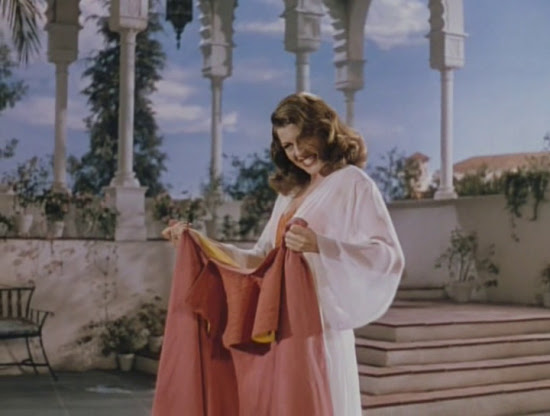 Hayworth has two scenes that outshine Juan's whole story--first strumming a guitar and singing to Juan over a beautiful chess set which reminds one of her future role in Gilda, though I'm pretty sure she's dubbed over with another singer here. 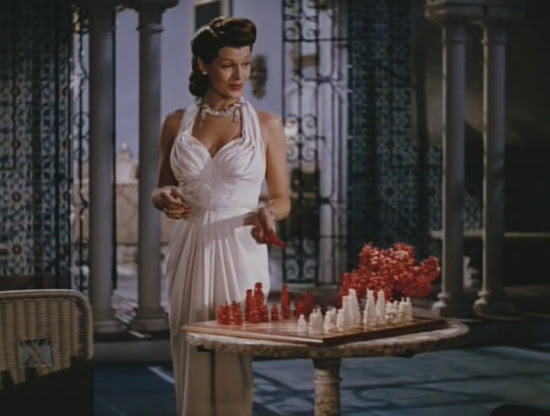 Then later in the film she has a rather hot dance sequence with Anthony Quinn. Remember, Hayworth held her own dancing with Fred Astaire.

Moments into this, I totally forgot the nominal point was that Juan was being spurned by the woman he'd left his wife for. It was just another part that rose above the movie's whole.