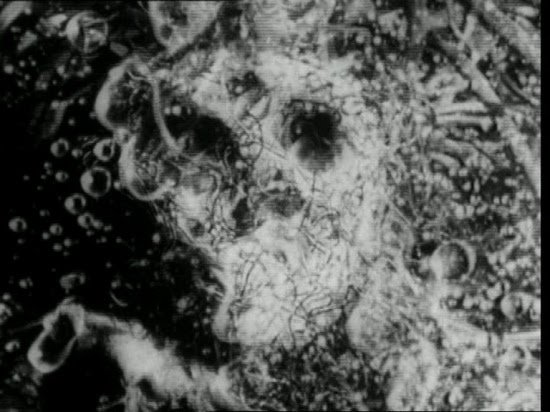 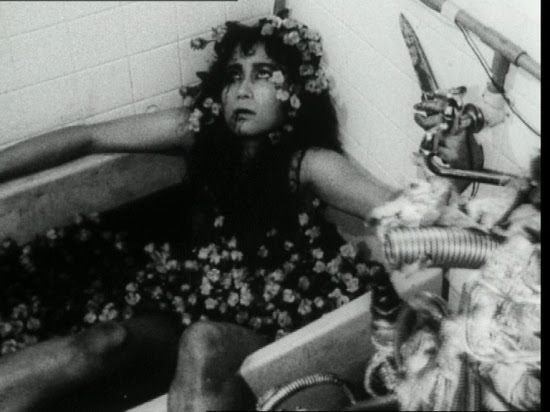 The Wikipedia entry lays out a synopsis for a pretty clear plot I only just partially perceived from the film myself. What I did take from what I saw as a sort of disjointed exhibition of people and chaotic technology was an impression of a dreamer whose life is dominated by two warring concepts, both of which terrify him; technology and physiology. I had no idea while I was watching the movie that the metal fetishist we see at the beginning was the same guy who was stalking the main, unnamed, character. I didn't know it was this main character who had hit the metal fetishist with a car at the beginning.

We saw a guy sticking a big piece of metal into his thigh and when for some reason it became instantly infested with maggots, we saw him running out into the street in a panic. When he's putting the metal in his leg, we hear what sounds like industrial rock. When he's hit by the car, we get lingering, swinging close-up shots of headlights while hearing faux Fats Domino, old fashioned light rhythm and blues rock. Which seemed to me like a contrast between mentally deranged technology and familiar, comforting technology. From here we see a guy with glasses having spasms while the opening credits roll. Whether the Wikipedia entry is right in saying that this was the guy driving the car, I really can't confirm. 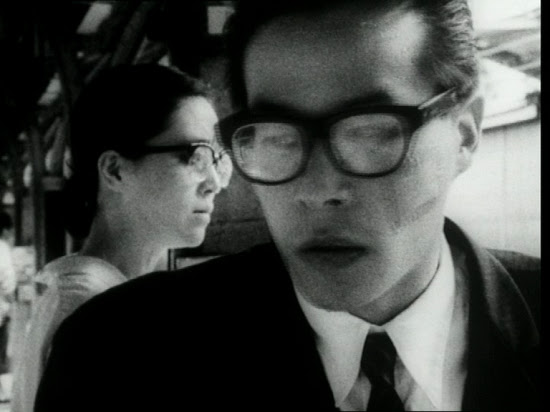 I was struck more by how we later see the guy with glasses, the main character, in a subway, sitting next to a quiet businesswoman as he apparently has an anxiety attack. Since she seems to slowly be taken over by technology until she becomes a cyborg who pursues him, I read it as a fear of women with the strangeness of the technology representing the sinister, unknown aspects of women he fears. These alien qualities are for the man, or the dreamer from whose POV we see this movie, conflated with other frightening aspects of the world that manifest in possessed technology taking over other things, including the man himself. 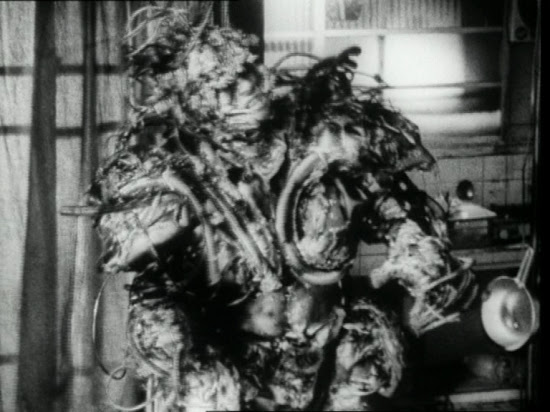 Obvious influences were David Cronenberg's Videodrome and David Lynch's Eraserhead--both directors are mentioned in the poster pictured in Wikipedia. But the high contrast black and white also reminded me of Carl Dreyer and Fritz Lang. The women who frighten the main character certainly reminded me of the machine woman in Metropolis. 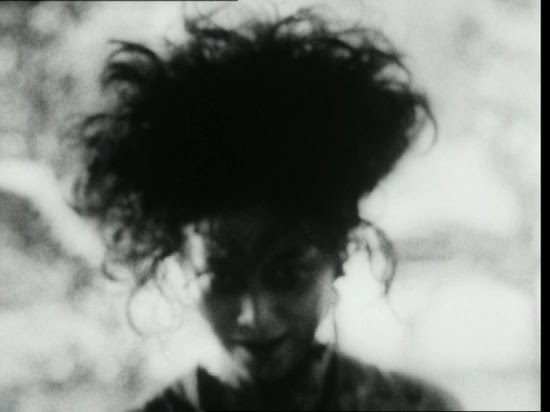 There's a more cartoonish quality, a sort of zaniness, particularly near the end, in Tetsuo that none of those movies have. The movie's only an hour long and it kind of loses the rawness of impact it has for most of the film by the end. But for the most part it works as a grotesque, long music video. I mean, it does rock. With machine beats and frenetic editing. I see there are two sequels and that Trent Reznor wrote a song for the last movie, which seems rather appropriate. 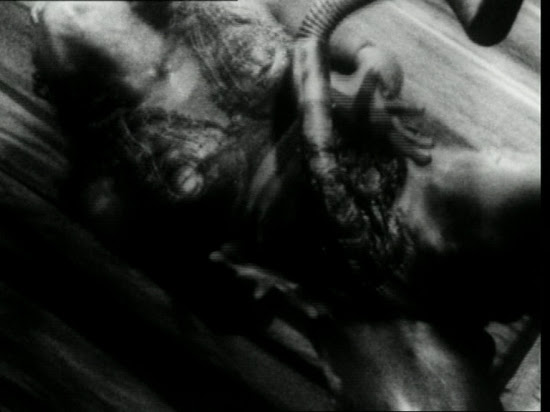 Posted by Setsuled at 1:18 PM
Email ThisBlogThis!Share to TwitterShare to FacebookShare to Pinterest