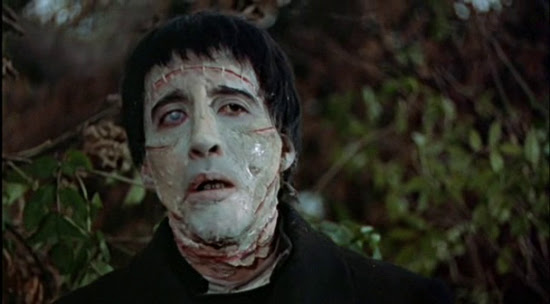 I suppose it's a well known fact that Christopher Lee has a persuasive claim to the title of baddest motherfucker of all time. Not only has he had a long career of playing great movie villains, he was also in the Special Operations Executive, a secret British force of guerrilla fighters in World War II. One can only guess what exactly Lee did in his capacity as an agent, but in the special features for Return of the King, we learned that when Peter Jackson directed Lee to scream when he was stabbed in the back Lee said to Jackson, "Have you any idea what kind of noise happens when somebody's stabbed in the back? Because I do."

Just over a decade later, Lee appeared as his first of many memorable movie monsters, the Frankenstein monster in The Curse of Frankenstein. Although apparently there was some pressure for this film, the first of the famous Hammer series of horror films, to not in any way be a remake of the Universal movies of the 1930s, it nevertheless bears a greater fundamental resemblance to those than to Mary Shelley's original novel. Most unfortunately, perhaps, in the fact that Lee plays a monster incapable of speech. It would have been great to see Lee in the role of that consummate lost soul reflection of Frankenstein and humanity in general, yet Lee does somehow accomplish quite a lot here with very little. 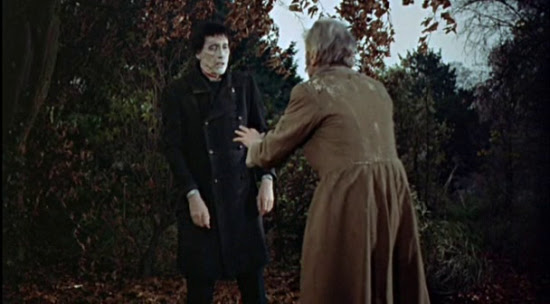 Lee's a very restrained actor--in an interview on the Hammer Hound of the Baskervilles DVD, he contrasted his philosophy of acting with that of Peter Cushing, who according to Lee liked to act with his body as much as possible, while Lee preferred to endeavour to convey as much as he could while moving as little as possible. Perhaps this subtlety is why I found myself studying his take on the monster in a very engaged way--I wasn't thinking about why Lee was choosing to perform in a certain way, I was trying to understand what was going on in this strange consciousness animating the patchwork corpse. Was he in some way the man from whose body Frankenstein had taken the brain and was his aberrant behaviour due to the damage the brain had sustained, or was the monster a new creature altogether? Lee's performance suggests so much, but only enough to leave us disturbed at how in the dark we are. 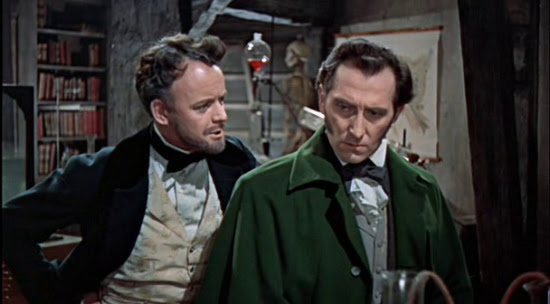 The nature and extent of the monster's humanity is scarcely addressed by Frankenstein and his colleague, Paul. Cushing as the Baron Frankenstein is consumed with the single minded purpose of bringing the corpse to life, and we don't get much of him analysing the cognitive faculties of his creation. He commits murder to get what he wants, and for some reason ignores his gorgeous wife and the bosom her costumes seem constantly to offer up with an almost audible, "Here, hold these, will you?" 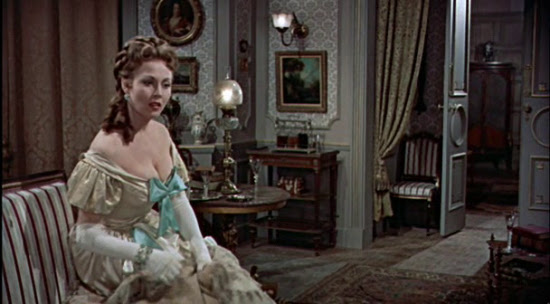 For some reason Victor prefers to sleep with the comparatively less attractive maid, perhaps making him an ancestor of Arnold Schwarzenegger. This leads eventually to him finding it necessary to dispose of the unfortunate maid, and yet he's still a far more sympathetic character than Paul, who may be the most annoying Good Guy in film history. His presence seems entirely to be devoted to popping up to argue with Victor and delay anything fun from happening throughout the movie. His smug righteousness makes Commander Riker seem humble by comparison.

The Curse of Frankenstein isn't as beautiful as the films of the 1930s, but is a more effective horror film. Not for any cheap shock scares, but for the sense of chaos and dread that accumulates from the unthinking ruthlessness of the characters and from the understated, somnambulant prison one senses the monster is in. While it doesn't explore the themes as satisfyingly and thoroughly as Shelley's novel, it does effectively introduce something of what's frightening about the mysterious nature of human consciousness. 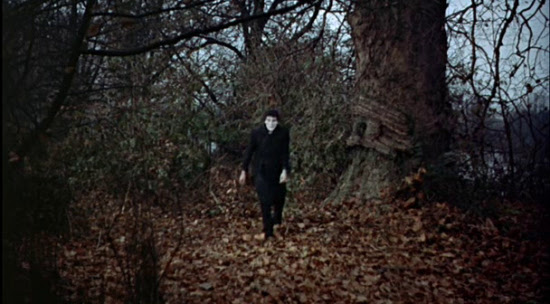