The Abstractions that Lead Away from Truth 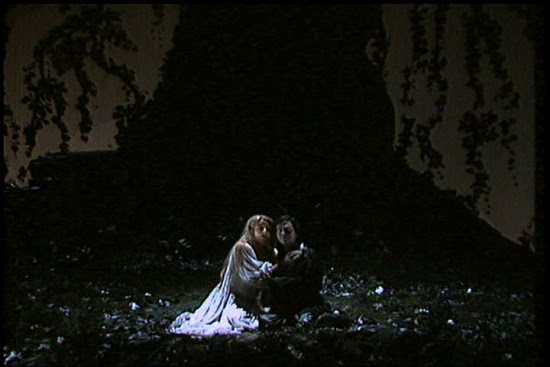 I stayed up much later than I probably ought to've watching a production of Tristan und Isolde last night. But the last two acts of that opera had me captivated--the ruminations on the nature of delusion and truth are so sharp and breathtakingly beautiful.

It's a three act opera--the first act wasn't as exciting as the latter two, though the overture is of course gorgeous. Primarily the first act is there to make the latter two acts work. It sets up Isolde being forcibly taken by Tristan from Ireland to Cornwall as a bride for Tristan's liege, King Marke. Isolde comes off as a savage and frightened animal having been humiliated first by finding the man she'd used her healing arts on (Tristan) was her husband's killer, then finding she couldn't kill him because of something between them she can't describe, and then being captured by him to be married to another man against her will. The second act ingeniously sets up a contrast between delusion and true connexion, tying them to day and night respectively. On reflection, we see the insight into Isolde's feelings in the first act as coming from her being stripped of the artifice, the normal psychological machinations everyone uses to make life rational and finding her inexplicable actions have condemned her in the rational world of day. 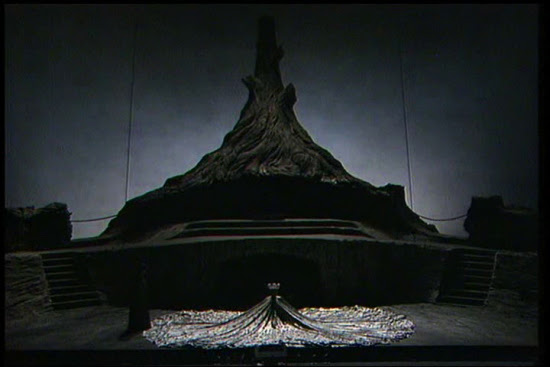 Fascinatingly, Wagner uses the device of a love potion as something that removes the veil of delusion. By making the love between Tristan and Isolde overpowering and on the surface--where it seemed to be present but repressed in both of them in the first act--it makes them both see how the complex networks of reasons they had for their unpleasant actions were in fact illusory and empty in comparison to the truth of their love.

Almost an hour of the second act is spent on Tristan and Isolde singing about their love for each other and it all works, not only because of the beauty of Wagner's music and the poetry of his libretto, but because of the ideas he's working with. One is reminded of "the little death", the French metaphor for orgasm, as Tristan and Isolde's passionate song goes into the subject of death, of obliterating the two of them until they become one in an oblivion. 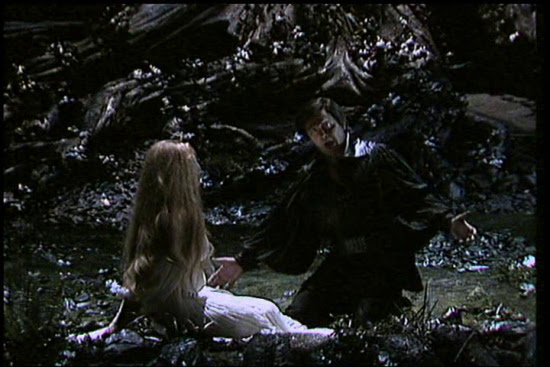 I watched a mid 1980s production from the Bayreuth Festival which featured a great cast of performers and incredibly beautiful set design, but I was upset with some of the creative liberties taken. The second act set, while being a beautiful, John Collier-ish forest that had a good versatility for lighting, was a bit confusing when the characters are supposed to be in King Marke's castle. It gives the impression at the beginning that Isolde and her servant have somehow managed to escape. Worse, though, is that this production portrays the bulk of the third act as Tristan's hallucination which, while fitting into the themes of the play, renders Isolde's final appearance rather unsatisfying and makes the singer's delivery less interesting. And it presents the problem that we never actually get to find out what happens to Isolde.

But otherwise, a gorgeous production of a truly amazing work. 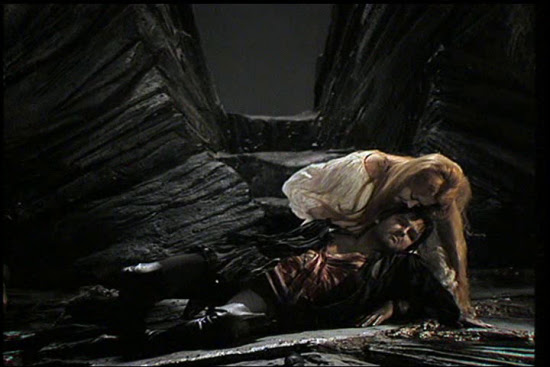