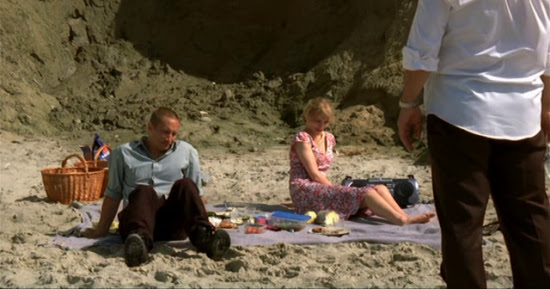 It's disorienting and usually frightening when you realise that something you feel has more or less been manufactured by your own arranging of your perceptions, when you realise you've quietly used your pragmatism in the interest of emotional or physical survival to funnel your feelings and needs in certain ways. Maybe one of the most famous stories about this sort of thing is The Postman Always Rings Twice. In his 2008 movie Jerichow, director Christian Petzold takes this story to subtler levels of psychology and changes the ending to grant another insight. My favourite adaptation of The Postman Always Rings Twice is still probably Ossessione, but I think I actually like Petzold's take better than the most famous adaptation, the one with John Garfield and Lana Turner. 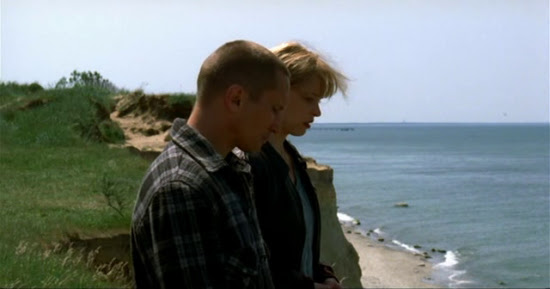 Benno Furmann, in the same role as Garfield (the character's called Thomas in this case) actually kind of looks like Garfield. In this version, he's an Afghanistan war veteran struggling to get by. Nina Hoss plays the role made famous by Lana Turner (in this case called Laura), and plays it less broadly. These two characters are shown as people who find themselves forced to live a certain way because they're poor. Laura's forced to put up with a man who beats her and with whom she has no real connexion, Ali, while Thomas is forced to work for him.

Ali's character is Greek in the original novel, but he's Turkish in Petzold's movie, and it's in the portrayal of this character that Petzold's film most significantly departs from The Postman Always Rings Twice. Because Ali despises himself for having to essentially buy a woman. I don't feel too bad for him--he does beat Laura after all--but I greatly appreciate Petzold portraying this man's humanity. His realisation that his life is about to end and he's never figured out how to connect with someone else, his tendency to rely on short cuts and brutishness have helped to keep him from his own humanity. 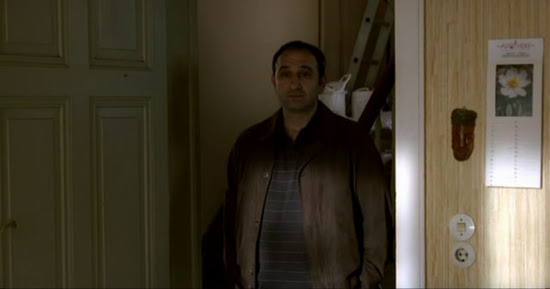 This first part of the movie shows people trapped by their poverty, and then the latter shows a man trapped by his wealth and position. It's a story about how people compulsively construct barriers to their own their happiness and the happiness of others. 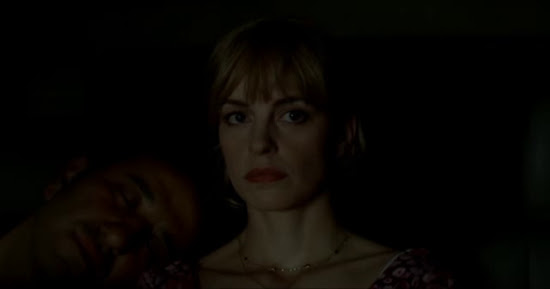