The Exciting World of Forms 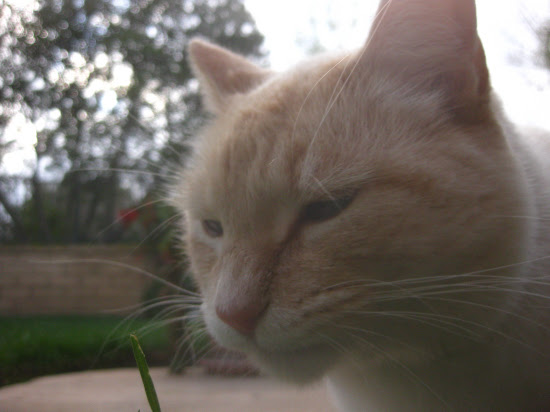 There's a new About the Author page at Anelnoath. The picture of me is from 2004, one of the handful of days in the past fifteen years that my skin didn't look terrible.

I guess I never wanted such a page because I like the idea of being this sort of entity defined totally by his output, but now I want to get a professional badge for Comic-Con and I need to get as much Internet evidence as I can that I have made quite a lot of comics. I'd intended to apply for a professional badge all along since they're free and I actually bothered to read about the criteria and realised I meet them. But I had planned on buying a four day pass just in case and returning it for a refund if I managed to get a professional badge. But the badges sold out in one day--Saturday, when they first became available. I'd been warned by an automatic e-mail the badges were going on sale, but when I looked in the morning they weren't available yet. When next I looked, in the evening, they'd already sold out. Even the volunteer worker badges weren't available. This has all gotten me pretty down--it could be the first time in ten years I haven't been able to get into Comic-Con.

I'm worried the professional badges will be snapped up before they get to my application, I'm hoping living in San Diego will give me an edge since you have to mail in this stuff by snail mail for some reason. I'm more anxious about this than when, last year at this time, I was waiting to find out if I had cancer. My priorities are pretty screwed up, I know.

I am getting ready to start a new comic, by the way. I'm finding research for it a little frustratingly difficult to track down, though. If anyone knows of a good place to get photos of department store interiors in the 1950s, please let me know. I watched Miracle on 34th Street last night, and it was a lot less helpful than I expected, given how much of it takes place inside Macy's. But it showed me enough to corroborate other sources that have given me to understand how very different department stores were in those days. I read about a place in the midwest that actually had a mermaid tank.

It'd be nice getting back to doing something I feel like I can do, in any case. I found out last night I'd gotten 95 out of 126 points on the latest Japanese test--the one I thought I'd done well on. If my hazy math serves, that works out to a low C, which is still better than the previous test. I can take some consolation that I may have gotten the highest score in the class as everyone around me I heard talking (and people are always fucking talking in that class) had gotten in the 70s and 80s. One guy got up to contest his score of 81 and managed to get it changed to 85. The guy in front of me who always likes to show off his knowledge of Japanese got an 88.

I'd memorised all the vocabulary words, I knew everything in the study guide she gave us, and I did do well on all these things. What I didn't do well on was all the stuff from previous and upcoming chapters. A significant problem for me too was minor spelling and grammatical things, like some words I'd used the small つ on which denotes a double consonant where I shouldn't have. Things like this cost me two points usually, and I lost three points when I put two words in the wrong order--I'd written essentially "photograph of family," shashin no kazoku when I was supposed to have written kazoku no shashin, "family photograph". I also lost points for how I wrote hiragana in places, like a ら I'd apparently written with too long a stem or something.

All this wouldn't be so bad if the tests weren't 50% of the final grade. There's a lot of homework but it's worth practically nothing, like 5%. So again, I feel like I might actually learn Japanese and fail the class. It's pretty frustrating, I have to say. But I have another test to-morrow so I'd better go start beating my brains out now.