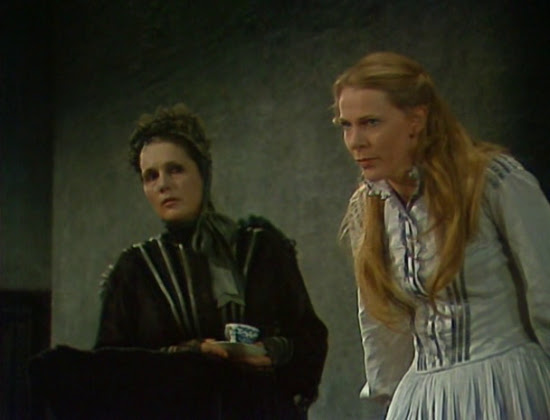 Sometimes, a girl gets exactly the haunted, tragic, and powerful loner she always dreamed about. Then sometimes, opera productions change the endings of Wagner's operas and take him away from her. The production of Wagner's The Flying Dutchman I watched last night, like the production of Tristan and Isolde I watched recently, made a few unfortunate creative decisions regarding the plot but had some talented performers and beautiful, interesting sets and costumes.

The Flying Dutchman, first of all, is a pretty sweet tribute to the romantic dreams of youth. A young girl dreams of an attractive, damaged, mythological man, then her father turns up with exactly this man wanting her to marry him, and when the two do consummate, it's in a way that totally shows up her father and her pathetically normal ex-boyfriend. The Flying Dutchman lacks the depth of Tristan and Isolde or Der Ring des Nibelungen, but it's not bad, in fact it's quite wonderful if you can get yourself in the spirit of the thing. Wagner's music certainly helps, especially the magical and grim theme for the Dutchman himself.

The production I watched last night was from 1985 at the Bayreuth Festpielhaus, which is an opera house designed by Wagner. It exclusively exhibits his work, which one would think would lead to productions with a little more fidelity to the original operas. The set design is beautiful, fantastically grotesque and sometimes leads to tweaks in the story for how the characters meet one another, as when the bow of the Dutchman's ship, which has massive hands carved on it, cracks open like an egg to reveal the Dutchman inside off the starboard side of Daland's ship. 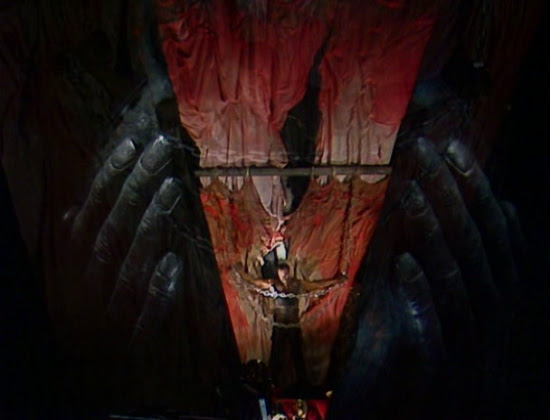 Simon Estes is good as the Dutchman--he cuts an impressive and commanding figure and seems vulnerable lamenting his curse without seeming whiney. He does a good enough job that it didn't bother me that the other characters constantly sing about how pale he is despite the fact that he's black. And I liked the woman playing Senta, the girl. She had a nice morbid intensity, though I didn't like how the director decided she needed to be present onstage throughout the entire opera, which means that during the first act she's on a little scaffolding like a live picture in picture, apparently daydreaming about the events, a device blessedly diminished somewhat by the video coverage. 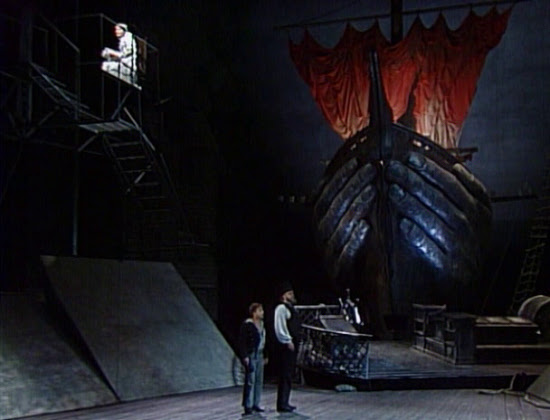 When her father brings the Dutchman home, a guy with a broad brimmed hat shadowing his face completely plays the Dutchman and, a little ways in, the wall cracks open to reveal Simon Estes chained up in a neat, gory sack thing. 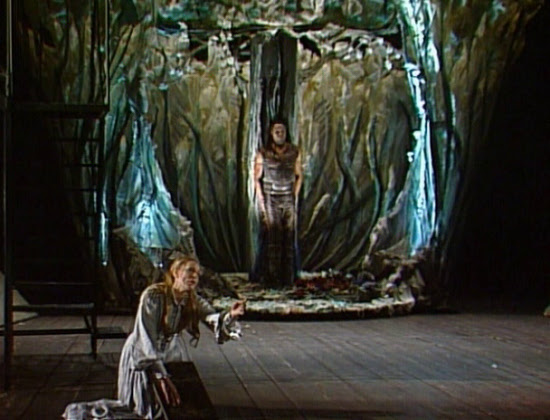 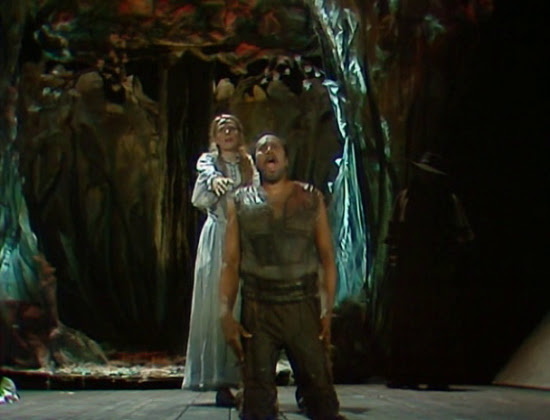 There's also the party scene which is supposed to be a dialogue between the crew of Daland's ship and the townsfolk and the ghostly crew of the Dutchman's ship. Except in this production everyone's dressed as a ghost and Senta's, of course, in the live picture in picture thing the whole time, signalling I guess that she's daydreaming about a bunch of ghosts, half of whom are pretending not to be ghosts for some reason. 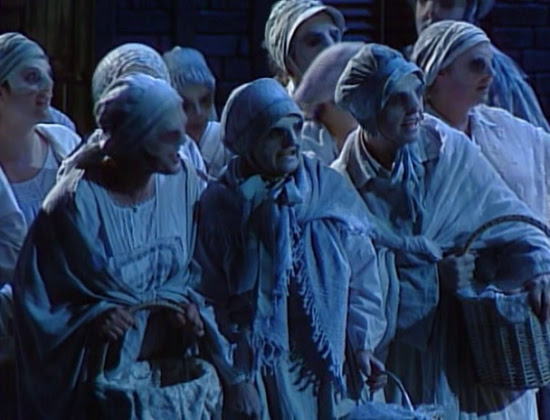 And, of course, the ending--instead of Senta proving her love by killing herself and her and the Dutchman ending up together in the afterlife, we just see her kill herself. Which is, like, real heavy, man. It's like the director tore up his little girl's glittery scrapbook to teach her a lesson about life.

With breakfast to-day, I read the new Sirenia Digest. The first story, "HERE IS NO WHY", was a really nice steampunk fantasy tale, sort of reminding me of Spirited Away for the young lead character's loss of her name and identity in a fantasy country where she ends up serving a powerful lady. It had nice descriptions and characterisations, though I was disappointed we didn't get to see the girl's introduction to the harem, though the story's arc about identity had pretty much concluded.