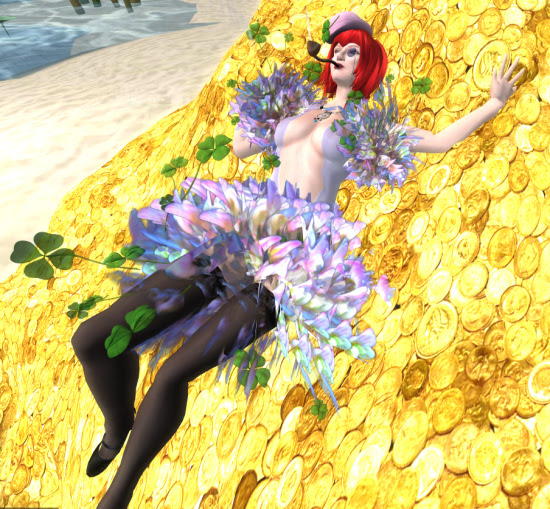 Me Second Life avatar on a pile o' gold to-day. It turns out whiskey and chess go well together. Add coffee to the mix and things go very well. 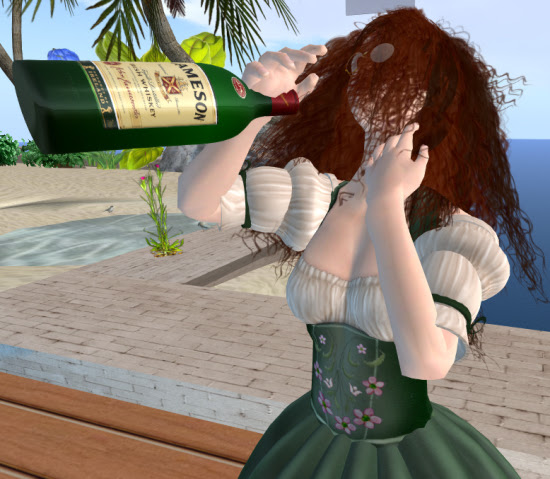 I bought a monitor from Tim yesterday because my old one was starting to die. I'm really happy with this new one--it's a widescreen as tall as my old square monitor. It's actually the first widescreen monitor I've ever had. I watched a widescreen movie on it last night, Christian Petzold's Jerichow, which looked great. I'll probably write about it to-morrow. I don't know what I'll watch to-night. Preferably something Irish and widescreen, though I might just watch The Quiet Man.

I came across an Internet forum the other day where people were talking about what a crime it is that still the best DVD edition of The Quiet Man available is muddy as hell. The forum conversation began six years ago and there are posts as new as this week. Apparently the problem is that Paramount owns the original film stock while Artisan owns the DVD rights, so the DVD edition is, as it looks, transferred from VHS. And not even particularly good VHS I might add.

Anyway, to-night I drink to you, beleaguered and elusive Quiet Man restoration. 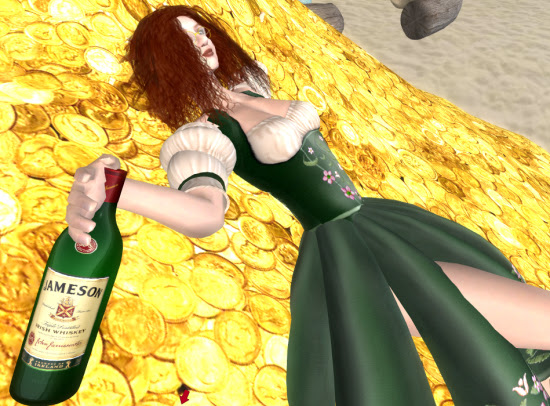 The oddly appropriate for Saint Patrick's Day new, long trailer for Prometheus premiered to-day. I have to say, it's got me excited, and it's allayed some of my fear that it's going to portray the aliens as human creations.